AMD could be working on separate Navi 3X GPU with 16,384 stream processors

Rumor mill: We're still months away from the expected launch of AMD's first RDNA 3 cards, and the rumors around them are intensifying. Leakers are now saying the Navi 31 GPU will have fewer stream processors than previously expected, suggesting there will be a different full-fat Navi 3X GPU that will land in 2023 that might not necessarily be a gaming product. AMD is expected to launch the first Radeon RX 7000 series graphics card sometime in October or November, but there have been conflicting rumors about the exact specs of the new card.

Official information about the RDNA 3 architecture is also limited. AMD says its upcoming GPUs will have a 50 percent performance per watt uplift when compared to the current generation, mostly afforded by a transition to a 5nm process technology from TSMC. This could be a last-minute design change or a sign that leakers have been fed old or incorrect information. That said, Greymon55 says there may still be a separate GPU with 16,384 stream processors in the works, although it's not yet clear whether it will be a consumer product or a workstation graphics solution (like a Radeon Pro card).

Either way, this is expected to carry a Navi 3X moniker and will likely arrive sometime in 2023. If it's not a gaming card, AMD may have decided to test the dual-GCD configuration in workstation hardware before eventually using it in consumer Radeon products, possibly as soon as RDNA 4 (Navi 4X). 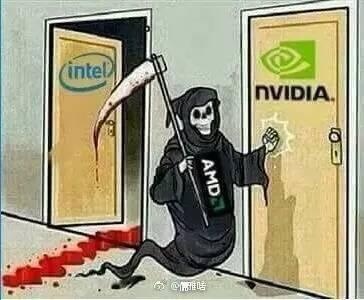 Especially if the line

AMD says its upcoming GPUs will have a 50 percent performance per watt uplift when compared to the current generation, mostly afforded by a transition to a 5nm process technology from TSMC.
Click to expand...

is accurate.
Reactions: nnguy2 and NeoMorpheus

wiyosaya said:
Especially if the line is accurate.
Click to expand...

Nvidia is improving its node as well so that won't change their relative performance (just both companies absolute performance).
D

Won't be there a node change as well reducing power consumption by quite a bit?
K

I think that if AMD plans to improve the ray tracing aspect of RDNA 3, it should be focusing on three aspects
-double at least the number of ray-triangle intersection operations
-increase the amount of registers or create a certain number of separate registers dedicated to RT...
-... and thereby decouple the RT from the shaders a bit more, allowing more concurrency.

this should nearly double the ability to perform RT on RDNA 3
You must log in or register to reply here.