The big picture: AMD's efforts in the x86 CPU space continue to bear fruit by slowly eroding Intel's dominance in every market category. Intel should be particularly worried about AMD's continued gains in the server space, where companies are slowly warming up to the idea of using the latter company's Epyc processors. Meanwhile, the desktop CPU market is having a bad moment, and Arm chipsets grow in importance in both the desktop and notebook markets. AMD's GPU efforts have not been enough to pose a significant challenge to rival Nvidia, whose graphics cards dominate the Steam charts and are also among the best sellers on Amazon and Newegg. Things are unlikely to change in the short term despite Team Red's RDNA 2 refresh, as a cautious third player in this market is planning to eat away its appeal in the low-end and mainstream segments.

When it comes to CPUs, AMD keeps humming along as Intel delivered a strong Alder Lake lineup for consumers and even went to great lengths to make its Xeon Scalable processors more appealing when compared to Epyc offerings for the data center. According to the latest market report from Mercury Research, AMD continued to erode Intel's dominance in the x86 CPU space throughout the first quarter of this year. Mercury president Dean McCarron says that almost all processor market segments experienced a decline during the quarter, with shipments of desktop processors seeing the largest quarterly drop ever — 30 percent. This is the cumulative effect of a slowdown in demand for PCs, factory lockdowns, and an extended shortage of chips, passive components, and various materials and gases.

AMD hit a record 27.7 percent share of the overall x86 market, topping the previous milestone of 25.6 percent achieved in the last quarter of 2021. As Via is just a ghost at this point, Intel took the rest, which looks like a quarter-on-quarter decline of 2.1 percentage points. Still, McCarron notes that Intel likely experienced some year-over-year growth in the desktop segment where the Q1 2022 decline was partly caused by excess inventory buildup at OEMs. Intel did experience some pressure from AMD in the server market, where the latter has seen great success with its Epyc offerings and now holds an 11.6 percent share. And it looks like the battle is set to intensify with the arrival of Zen 4 Epyc later this year. Companies like Netflix are increasingly turning to AMD's server CPUs to solve their hyperscale headaches, but grabbing customers away from a deeply entrenched Intel will be a long-term fight for Team Red.

Mobile CPUs are a different story, and here both Intel and AMD took a hit due to a notebook shipment downturn. However, AMD has been prioritizing the production of Ryzen processors (as well as Epyc CPUs for servers). This translated into a small quarterly growth as well as a healthy 4.4 percent year-over-year increase in market share in the laptop CPU segment for AMD.

The Mercury Research analysts also note that Arm chipset sales have continued to climb over the same period, mostly thanks to Chromebooks and Apple's M1 Macs. The Cupertino giant has migrated most of its hardware lineups to Apple Silicon, and now one in 10 PCs shipped is powered by an Arm chipset. Meanwhile, the average selling price for mobile and desktop processors is now a record $138, a clear sign that the market has matured and consumers are increasingly opting for higher-end products.

So they gained market share while the overal market #of units sold went down
so they were not able to fill the gap
looks like production capacity/ability to sell more issues
Reactions: Dillinger and hahahanoobs

TechSpot Elite
If it wasn't for AMD, a lot of people would not be able to pay for even mid-range CPUs. So good news and keep it up.

Hey Intel! I do love ya, but still:

theruck said:
So they gained market share while the overal market #of units sold went down
so they were not able to fill the gap
looks like production capacity/ability to sell more issues
Click to expand...

Long way to go but AMD will keep chipping at that market share.
Reactions: Dillinger and Irata

No slouch, Im even reccomending intel build (alder lake) for now to my brother in law because of future proofing and performance competitiveness albeit Im using AMD myself (RYZEN 5 2600 and will probably upgrade to 5600 or 5700X that I wish could hold for the next 3-4 yrs
Reactions: Dillinger
M

Zen 4 will easily take back share from Intel on desktop and laptop. Phoenix is going to be the killer laptop APU of choice. Intel has nothing to touch Epyc, Sapphire Rapids won't do much for them and then AMD has Bergamo up it's sleeve and then next gen we see BIG.little from AMD.
Reactions: Dillinger
D

It matches well the first tests of FSR 2.0 - seeme like it is on pair with DLSS, but still being available everywhere, no special cores, no selected chips required, so developers will have an easier job as well.
Well done, happy to see them getting better position.
Reactions: Dillinger
D

Rah Rah Rah! Intel is suffering from its hubris. AMD has the future wrapped up with Lisa Su.

Dillinger said:
Rah Rah Rah! Intel is suffering from its hubris. AMD has the future wrapped up with Lisa Su.
Click to expand...

Is the PC market slowing down taking into account the huge growth due to lock-downs or does it continue the same tendency that it had before the lock-downs ?

This is mostly due to Intels 10nm delays. If Alder lake had been on schedule AMD would never have seen the success that they had. But still good for them. Now if only they can fix their GPUs because right now Radeon is a laughing stock.

You have to admit that after Jerry Sanders retired, AMD went through a technological dark ages for 13 years.
Reactions: 0dium and NeoMorpheus

scavengerspc said:
If it wasn't for AMD, a lot of people would not be able to pay for even mid-range CPUs.
Click to expand... 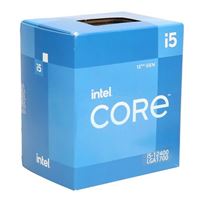 captaincranky said:
Um, not so fast.

Sorry, You honestly think Intel would be offering that level of cost/performance if they weren't forced to?
Reactions: 0dium, NeoMorpheus and HardReset
H

MajrMeltdown said:
Sorry, You honestly think Intel would be offering that level of cost/performance if they weren't forced to?
Click to expand...

Of course, AMD has nothing to do with that

MajrMeltdown said:
Sorry, You honestly think Intel would be offering that level of cost/performance if they weren't forced to?
Click to expand...

Of course, AMD has nothing to do with that

I shamelessly build all my machines with Intel CPUs..I could again abundantly care less, if Intel is the "oppressor" and AMD the "oppressed".

Why you ask? Because after I "assemble" (**) the parts, I push the power button and without fail, (at least this far), they boot.

I was around for Intel's big "road map" stockholders meeting, way back when. According to said "road map", Intel should be at or below 5 nm process width by now.

I vowed to myself, that I wouldn't "build" another machine until Intel hit 10 nm or below.. (I may have reneged on that with a Sandy Bridge rig, but it was when Microcenter was blowing out generation ?? parts, and an i5-6600K & board cost me about $240.00).

So here we are finally, with Intel at 10 nm. I had an obligation to live up to my own word and spring for another box. (Which BTW, I need like a hole in the head). But, this one will have an NVme C:/ drive, the (IMO) dreaded Windows 10, and addressable RGB lighting. (Should I feel so moved as to descend to the level of complete a**hole, and implement it).

(**) As far as "building" a computer goes, the term is self aggrandizing and disingenuous. We do no such thing. We shop, we argue, we read reviews, we determine our "needs" (in reality "wants"), we spend a sh!tload of money, and then plug all that crap together and hope it works. "Building" has nothing to do with it. We're basically playing with electronic Lego blocks.
Last edited: May 15, 2022

nanoguy said:
Things are unlikely to change in the short term despite Team Red's RDNA 2 refresh, as a cautious third player in this market is planning to eat away its appeal in the low-end and mainstream segments.
Click to expand...

Quick question, should the above statement read, "Intel as a cautious third player in this market, is planning to eat away its appeal in the low-end and mainstream segments"..

AMD is already the "second player", in the GPU market, hence the reason I ask.
Last edited: May 15, 2022
You must log in or register to reply here.