The big picture: It shouldn't be all that surprising that an SoC powering a fanless MacBook Air is more energy efficient than an Intel 8th-gen Core i7 CPU rated at a TDP of 65 watts, which does need a fan to keep cool. But even as Apple's own power consumption figures exceed those observed by reviewers, they make Intel look particularly bad when you consider the superior performance of Apple Silicon. When Apple revealed the first line of M1-powered devices, it made a number of claims about the performance and energy efficiency of these systems when compared to Intel-powered counterparts. And at least according to reviewers and early adopters, these machines live up to the company's promises, even if they're admittedly not for everyone yet.

One of the reasons Apple is leaving Intel behind is that the latter has been slow to come up with x86 processors that deliver better efficiency. Between that and an erratic schedule release schedule, Apple embarked on the decision to unify the architecture that powers its iPhone, iPad, and Mac lineups, allowing it to break free of Intel when it comes to designing its products. This has led to a MacBook Air that is fanless and stays relatively cool when in use, while keeping the same performance and lasting longer on a battery charge when compared to its predecessor. Until now, the Cupertino company has been relatively vague about the power consumption of M1 silicon, only showing charts that illustrate improved better performance per watt versus an Intel CPU of the same performance class and how that contributes to better battery life.

Anandtech found in its analysis that power consumption for the Mac mini M1 averaged 26.5 watts at the wall, assuming a multi-threaded workload. Idle power consumption was measured at just over four watts for the entire device, which is definitely good for what is supposed to be an entry-level desktop. After performing various tests, the publication estimated the M1 chip itself could have a TDP of around 20 to 24 watts.

It turns out that figure is a slight underestimation, as Apple has now published the power consumption and thermal output numbers for the new Mac mini with 16 GB of RAM and a 2 TB SSD. Idle power consumption is rated at 6.8 watts, with a maximum of 39 watts under full load. These were also measured at the wall, factoring in all components such as the motherboard, storage controller, NAND chips, and power supply losses. To put that into perspective, the 2018 Mac mini that sports an 8th-gen 6-core Intel Core i7-8700B CPU (Coffee Lake) sips around 20 watts at idle, and a whopping 122 watts during full load. That is three times the power consumption and three times the heat output when compared to the M1 SoC, even though it doesn't match it in terms of CPU nor integrated graphics performance.

Interestingly, the M1-based Mac Mini under full load needs only slightly more power than the 2005 Mac Mini equipped with a PowerPC G4 at idle.

Intel has promised to do better in the coming years and restore its former glory with improved x86 chips, even as Apple will have moved entirely to its own silicon by then. In the meantime, AMD is reportedly working on an Arm-based chip to rival Apple's M1 in the PC space, as are Microsoft and Qualcomm.

Apple's in-house chips are amazing. So much more efficient. This is going to be a strong driver of investment into Apple - among all the other reasons
L

QuantumPhysics said:
Apple's in-house chips are amazing. So much more efficient. This is going to be a strong driver of investment into Apple - among all the other reasons
Click to expand...

In other news water is wet.
Reactions: LinxESP, Reehahs, Nick D and 10 others

You're comparing apples to some fruit no one wants.
Reactions: Reehahs, warLoc, Farkinell and 1 other person

Yeah. And who knew that trimming bloat and some bigger features would help streamline it.

Too bad they have to start 3 steps behind with what is supported (no external GPU, 1 extended display, no expandable RAM, missing ports, etc). Fine if you're a casual user, but notably missing for certain productivity setups...
Last edited: Feb 1, 2021
Reactions: LinxESP, Reehahs, Fearghast and 3 others
L

TechSpot Elite
Yeah, this is an entry level computer so not a workhorse, though most people's home office setups and tons of regular office work will be doable on it.

The bigger thing for Apple moving forward is if replaceable RAM is even possible in these CPU designs. The simple answer seems to be "No" but who knows what Apple will come up with?

It may be that everything short of the Mac Pro (and maybe the iMac Pro?) will be unupgradable units like this, though with up to 32 or maybe even 64GB? in the 16" MBPro units, but the desktop "Pro" units either stay Intel or go AMD (??) retaining their RAM (and Mac Pro's GPU) upgradability.

lol what's special here is the arm chip, at three times less power, wipes the floor with the its Intel predecessor in terms of processing capability.

In other news dude commenting doesn't get the point, as usual.
H

negroplasty said:
lol what's special here is the arm chip, at three times less power, wipes the floor with the its Intel predecessor in terms of processing capability.

In other news dude commenting doesn't get the point, as usual.
Click to expand...

Intel chip is 3 years old and it's not meant for mini computers. Apple uses Intel chip where it shouldn't be used and tell us it's crap ""

HardReset said:
Intel chip is 3 years old and it's not meant for mini computers. Apple uses Intel chip where it shouldn't be used and tell us it's crap ""

Thank you for pointing that out apparently I didn't get the point....lol
Last edited: Mar 2, 2021
D

Not sure if my Dell 7280 is anything special (7th gen i7 w/16GB DDR4), but as I type this it consumes 9W at the wall, including the screen. Loading a webpage spikes at 30+W. Since it has a 60Wh battery and it lasts about 6h, you'd think the average consumption for web browsing and documents is 10W.

/posting this as from the article I understand a Coffee Lake system consumes 20W at idle without a screen. They must have messed up something for that Mini.

HardReset said:
Intel chip is 3 years old and it's not meant for mini computers. Apple uses Intel chip where it shouldn't be used and tell us it's crap ""

Yeah, I have to assume the i7-8700B is notably faster than the M1 at pure compute-intensive tasks but nobody is claiming that the 8700B Mini is crap. I don't see that anywhere.

And the cooling in the Mini is up to the task of a modern 6-core 65W processor. Again, I don't see anywhere saying it shouldn't be used in a chassis like the Mini. I have the i5-8500B Mini at work and with all 6 cores pegged in Handbrake, the CPU runs at about 82C in a 21C room. The 8700B will run warmer but there's headroom for that. That's notably better cooling than in other Mini PC chassis (I have a few NUCs and wish this cooler was in those) but the Mini is also bigger than many current mini PCs, though some of that space is dedicated to an internal PSU, which few if any other mini PCs have.
Reactions: HardReset

Pay 10x as much on the hardware to save 10 cents a day on electricity. That's Apple customers for you
L

TechSpot Elite
Use $70 PCs much? How do they work out for you?
8

I mean, we're comparing what, 5nm to 14nm lithography? It's hardly a surprise that the 5nm chip is more efficient.

At this point, AMD's 7nm CPUs are close to twice as efficient in a lot of workloads relative to Intel's. I think the bigger story is how far Intel has fallen behind, not how far ahead Apple is.

Lew Zealand said:
Use $70 PCs much? How do they work out for you?
Click to expand...

The last PC I built for my peasant NAS I paid $15 for the chip and $50 for the MB, and so far, pretty goddam good.

While the chip was used, the MB was new old stock, btw.

Optionally you could get something more practical whose use case to this stupid overpriced eWaste is equivalent, a ThinkPad: 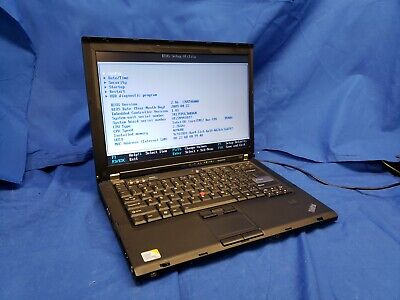 Genuine Lenovo AC Adapter included. IF IT IS NOT IN THE PIC, IT MAY NOT BE INCLUDED! It's Your Responsibility to install your own OS!
www.ebay.com

All your word processing and YouTube needs for $70 but you get the cachet of a brand that actually earned its reputation.
Last edited: Feb 2, 2021

Just run a game on it then https://gitlab.com/Dringgstein/Commander-Genius/-/releases or can it run crysis theme.
You must log in or register to reply here.