What just happened? Canon is immersing itself in the emerging field of virtual reality in a big way. The imaging specialist has announced what it is calling the world’s first digital interchangeable dual fisheye lens capable of shooting stereoscopic 3D 180-degree VR imagery to a single image sensor. The RF5.2mm F2.8 L Dual Fisheye lens is unlike anything seen before, and it only takes a quick glance to realize this fact. The curious creation features a pair of L-series lenses mounted at an interpupillary distance of 60mm, allowing for capture of 180-degree 3D imagery in VR with natural parallax that closely resembles human vision when viewed through a compatible headset like the Oculus Quest 2.

As the name suggests, the lens has an aperture range of f/2.8 to f/16 from its seven-blade aperture, and is designed for use with the EOS R5 mirrorless camera. It boasts a close-focusing distance of 7.87 inches and has a built-in gelatin filter holder for use with ND gel filters.

Canon said the capture device utilizes a subwavelength coating to help curb image flare in backlit conditions and packs the usual dust and water-resistant sealing as well as a fluorine coating, allowing for shooting in even the most challenging of weather conditions.

Notably, Canon EOS R5 camera users will need to have future firmware update version 1.5.0 or later to take advantage of the new lens. The Canon RF5.2mm F2.8 L Dual Fisheye lens is slated to arrive in late December 2021 priced at $1,999. The company is also working on two VR software solutions: the EOS VR Utility and the EOS VR Plug-in for Adobe Photoshop Premiere Pro. Both will be available in late December through a paid subscription model, although some elements of the software, like the ability to process still images and certain clip lengths, will be free. There will also be a free trial period, although full details won’t be available until later. 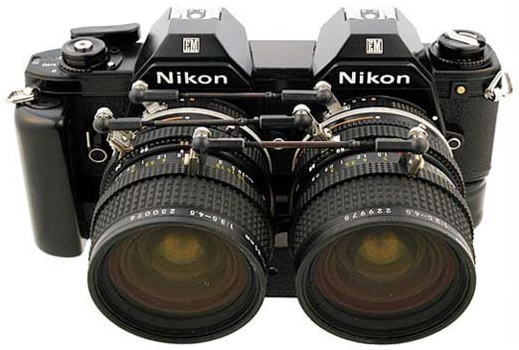 Reactions: Reehahs, Godel, madboyv1 and 3 others

Well this is when you know VR is hitting mainstream with the sales of the quest 2 and the future 2+ coming out, then you have the Valve standalone version that is possibly a more premium option.

Either way, Vr TV content is popular and there are interactive FMV content out there. So bringing down the price and having less jank to creating content will def spurn the industry further.
I mean there is also pron industry and at the cost of this it will probably become a staple for them as well.
Reactions: Reehahs
You must log in or register to reply here.