In a nutshell: eBay is bringing the banhammer down on anything it considers "adult only," but its definition seems confusing. One item that falls under the category of smut unsuitable for the auction site is adult video games. eBay will be removing the "adults only" category as the items currently for sale in this section will no longer be allowed. When asked for its reasons behind the decision, the company said: "We want to make adult items available to those who wish to purchase them and can do so legally, while preventing those who do not wish to view or purchase these items from easily accessing them."

There's even a ban on "modeled clothing that is see-through or very tight and shows human genitalia, the anus, or the nipple/areola of female breasts." Presumably, this only applies to listings in which the clothes are modeled by a person and not the items themselves. Sex toys are allowed but can't be shipped internationally. There are some exceptions to the rules. While adult-only magazines are banned, Playboy, Playgirl, Mayfair, and Penthouse are allowed, for some reason. Nude art and photography is okay in some cases, as long as they contain no "sexually suggestive poses or sexual acts."

Anyone who violates the new policy could have the items in question de-listed and face an account suspension. Given the opaqueness of the new rules, expect plenty of sellers to break them unintentionally.

It's not been the best month for sex games. Steam has refused to allow virtual reality experience Holodexxx onto its platform due to its use of real-life models of adult film stars.

""We want to make adult items available to those who wish to purchase them and can do so legally, while preventing those who do not wish to view or purchase these items from easily accessing them.""

So why are you banning their sale? This is total doublespeak on the part of Ebay. They already had a seperate tab for these items, how hard would it be to simply lock that tab behind an age verification checkbox in your ebay account?

We dont need more moral guarding from companies, thank you very much. How long until any game or item depicting violence, like comic books, are banned for the same reason?
Reactions: MWR01, NightAntilli, 0dium and 3 others

This is truly stupid.
Reactions: MWR01, madboyv1, 0dium and 5 others

Lesson for future generation: If you let a nation founded by homicidal puritans eventually take control of the world's economy with many of the largest corporations residing there, they will impose their puritanical views on sex on the rest of the world through sheer economical power.

It's only a matter of time before Amazon also goes 100% sex negative too.
Reactions: madboyv1 and envirovore

TechSpot Elite
So what I'm reading is now is the time to start my lucrative eBay alternatlive eLay.
Reactions: Theinsanegamer, Reehahs and GLeader

I guess ya'll better hurry up and buy your silicone wives!!!

Hahahahahaha how long will it take before they walk it back? One bad quarter or two?!!
Reactions: 0dium and Avro Arrow

"We want to make adult items available to those who wish to purchase them and can do so legally"
- Well, just HOW does banning them completely achieve this goal?

The puritans have taken over. This is one of the my signs of the apocalypse. Amazon is the devil and this will help it rise to damn us all. 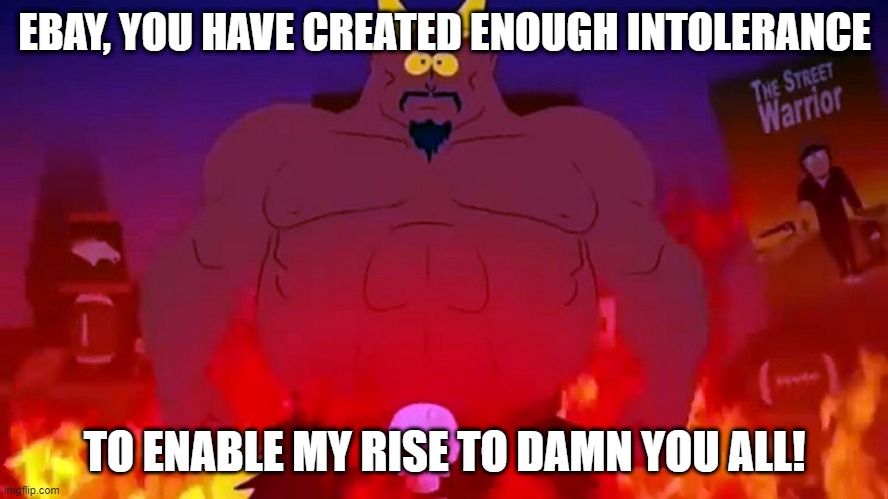 Adi6293 said:
Hahahahahaha how long will it take before they walk it back? One bad quarter or two?!!
Click to expand...

Yeah, they're just playing into Amazon's hands with this dumb decision.

So you won’t be able to sell pre-owned copies of Cyberpunk then? Wait are pre-owned games still a thing? I’ve been out of the console loop for some time now.
Reactions: Reehahs
G

So they're banning adult publications but hardcore Penthouse is still allowed?
Reactions: Theinsanegamer
You must log in or register to reply here.