McMurdeR said:
It is fair, and no one was silenced. Calm down. The Biden story hasn't gone away, and the Trump Russia collusion thing was never proven, despite Trump's obvious fawning over Putin.
Click to expand...

No, it's not. They allowed everyone to push unproven claims against Trump but squashed true stories to keep Biden from looking bad during an election. And again they were banning people for even talking about the laptop story. That is not equal in any way and suggesting it is shows some pretty serious bias on your part. Yeah the laptop story still exist and everyone knows who the "big guy" is but it's well past the election now and it's still around because of news outlets.
Reactions: godrilla and AlaskaGuy

Stop acting like a 20th century fascist tyrant. Stop involving yourself and Apple in political issues. Do be a responsible business entity by maintaining a NEUTRAL, OBJECTIVE, UNBIASED and IMPARTIAL party.

In short, quit being an ahole.

That is all.
Reactions: wizardB and AlaskaGuy
E

Enaks said:
Wait, what? I can’t tell if this is sarcasm or not.

Apple has the cash reserves to buy Twitter outright, they wouldn’t need shady deals with the Saudis to do so.

Apple is a trillion dollar company, that’s an entirely different league compared to anything Musk is involved in.

I was just joking of course, I just felt like Bin Salman (Aramco Oil Company) have more cash than Elon, to see them him buying Tech Stocks would be the real FU moment in history, LoL.

Stop acting like a 20th century fascist tyrant. Stop involving yourself and Apple in political issues. Do be a responsible business entity by maintaining a NEUTRAL, OBJECTIVE, UNBIASED and IMPARTIAL party.

In short, quit being an ahole.

Do you always speak in the imperative to people who you don't know, are way more important than you, and you're never likely to meet?
Last edited: Dec 1, 2022

Pop quiz for the leftist Twitter hating I'm into the current thing in the room. Where was the original post that lead to the downfall of FTX hmmm?
Last edited: Dec 1, 2022
Reactions: wizardB

It couldn't happen to a nicer guy. Musk is reaping what he sowed.
S

Amber Heard's Twitter account has noticeably been deactivated as her ex-boyfriend, Elon Musk, takes ownership of the social media giant.

www.foxnews.com
In this case, its unclear what the reasons were for the banning. Still, that's Musk for you. Now, under Musk's control, Twitter can ban you for "no reason." 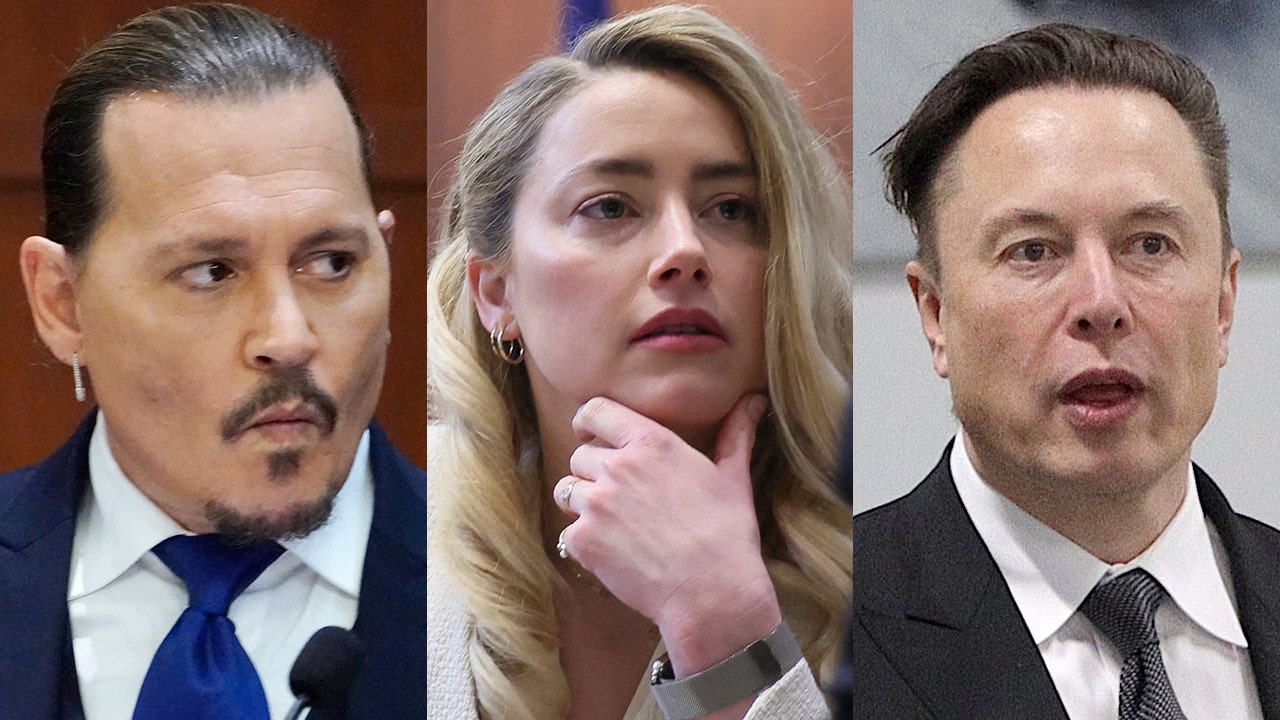 Elon Musk and Amber Heard: The bombshell revelations we learned this week

Elon Musk has become a regular figure in Johnny Depp’s libel trial against ex-wife Amber Heard -- despite never setting foot in the courtroom.

"Deactivated" does not mean "banned". Every article I've seen suggests she deleted her own account.
Reactions: AlaskaGuy

Love watching the lefties running around with their hair on fire. If it makes the lefty scream it must be good for free speech.....go ELON!

captaincranky said:
`"Congress" won't be in the "majority", only the House of Representatives.

I hope they do waste the nation's legislative time and treasure on some asinine investigation of a private citizen. It means neither Democratic or Republican citizens will have have jack sh!t done on their behalf, for the next two years.

And you can watch with glee during the process.

Have you ever thought about applying for a content moderator's job over at Twitter? I hear "Elon" needs some help these days..🤣

Plus, it would be easy money. All you'd have to do is, let all the lies, hate speech, threats, and sundry other crap through, while you ignore it, and sit around sucking on Starbuck's coffee all day.
Click to expand...

The House is congress the other is the Senate.
Reactions: AlaskaGuy

wizardB said:
The House is congress the other is the Senate.
Click to expand...

Actually, "Congress", includes "the Senate", which is the equivalent of Britain's "House of Lords", while our "House of Representatives", parallels Britain's, "House of Commons".

So the combined Senate and House of representatives, comprise "Congress"..

I probably could use additional lessons on US government, if I could find someone who actually knew what they were talking about. Which however unfortunately, doesn't include you.

This is the first result from a search on the topic"

The U.S. Senate, together with the U.S. House of Representatives, makes up the U.S. Congress. The Senate holds certain unique powers and obligations. Its makeup is different too: two senators represent each state, and senators serve staggered six-year terms.