Why it matters: Ford is looking to transform beyond being an automaker, and for that it needs the expertise of tech companies to make that happen. Partnering with tech giant Google is a huge way to help accelerate that progress. Ford benefits by leveraging Google's expertise in data analysis, machine learning and artificial intelligence. As a result, the automaker can improve its retail and ownership experience, as well as its products. Google and Ford have inked a six-year partnership that will see the automaker using the tech giant’s expertise and products to bolster their cars and services. A major part of this collaboration includes the adoption of Google’s Android Automotive OS that will be offered on Ford and Lincoln’s cars starting in 2023.

Android Automotive is a complete platform that’s built for vehicles and includes tightly integrated Google apps and services. For example, drivers can ask the Google Assistant to change radio stations, open/close windows, or adjust the climate control system. Android Automotive is fairly new and currently found on vehicles like the Polestar 2 and Volvo XC40 P8 Recharge.

“We are obsessed with creating must-have, distinctively Ford products and services,” said Jim Farley, President, and CEO of Ford. “This integration will unleash our teams to innovate for Ford and Lincoln customers while seamlessly providing access to Google’s world-class apps and services.”

“From the first moving assembly line to the latest driver-assist technology, Ford has set the pace of innovation for the automotive industry for nearly 120 years,” said Sundar Pichai, CEO of Google and Alphabet. “We’re proud to partner to apply the best of Google’s AI, data analytics, compute and cloud platforms to help transform Ford's business and build automotive technologies that keep people safe and connected on the road.”

Finally, the two companies are banding together to create a new group called Team Upshift, which is described as an effort to leverage the talent and assets of both. It’s expected to provide a major benefit to Ford, as the automaker pushes its transformation to a service-driven mobility company with data-driven opportunities. The two companies will share talent and assets. The hope is that it will unlock personalized consumer experiences, and change the retail and car ownership environment.

This seems like a big win for both companies as Ford gets access to a wide range of Google’s technology and assets, increasing their appeal as a tech-forward automaker. Car makers like Ford can sometimes appear ancient in the face of the constantly changing tech landscape and increasing pressure from start-ups like Tesla, Rivian, and Faraday Future.

Google on the other hand gets a ton more data, as Ford is one of the most mainstream automakers on the planet. Ford sold over 60 million cars worldwide last year, a relatively slow year, mainly due to Covid. Google can benefit immensely from having access to so many new points of data, not to mention potentially new Android users, too. As Google’s parent company Alphabet continues to invest in self-driving technology like Waymo's, partnerships with traditional automakers are expected to show their worth in the long run.

I look forward to never subscribing to any wireless network so the vehicle cant transmit anything. Actually I should hurry up and get something without this integrated garbage before its too late.
Reactions: Reehahs, p51d007 and Danny101

"Buy Ford, they know everything about you, your data is already there"
Reactions: Reehahs

I guess it didn't work out so well with Microsoft then?

Huh? 6 million might be more accurate. There were 60 million cars sold worldwide by all automakers last year alone: https://www.statista.com/statistics/200002/international-car-sales-since-1990/ 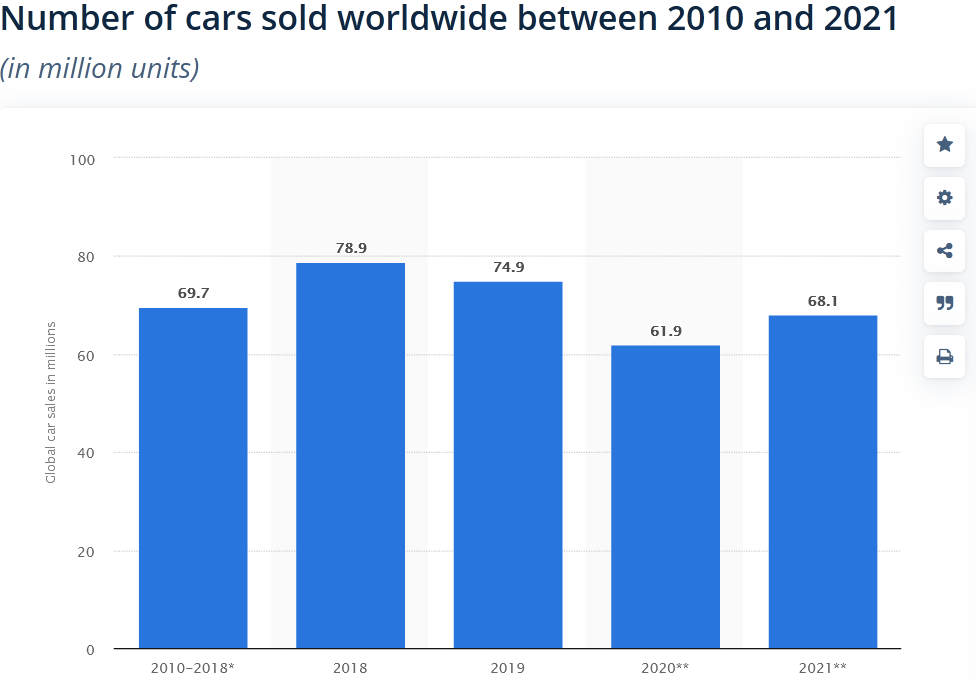 Oh I want to buy a new FORD ..... that way, when I have an accident I can bring suite against them because "they should have known and they should have warned me"
Reactions: JStacts, Danny101 and p51d007

Thank you for that, you're right, I got a bit over excited about the numbers, and used the global sales figure instead of the Ford sales figure, which is about 5.4m in 2019.
Reactions: Plutoisaplanet

Please give us a big, old OFF button so it can be disabled. Google already knows far too much.

So... to maintain my privacy, I'll need to take a dremel to my new Ford? Who thought this was a good idea?
You must log in or register to reply here.