What just happened? Are PC gamers pretty vocal and opinionated about games? Hideo Kojima thinks so, but he's still a fan of the platform. In a recent series of video interviews from publisher 505 Games, the Metal Gear Solid maestro said he feels "a lot of affection and affinity towards the PC." 505 Games, the publisher of Death Stranding's PC version, has launched a series of mini interviews that offer insight into the title and its development, coinciding with a limited 50% discount on Steam and the Epic Games Store.

The first interview features Death Stranding creator Hideo Kojima. He's asked why it was important for it to come to PC and the challenges that entailed.

Introducing our mini #DeathStrandingPC interviews! We're kicking things off with @HIDEO_KOJIMA_EN, who gives us an insight into developing DEATH STRANDING for PC.

Enjoy -50% OFF on Steam and Epic for a limited time!

"When I first started in this industry," he said, "I worked on PC games. It was quite a while before I started to make games for consoles, so I feel a lot of affection and affinity towards the PC. Games are developed on PCs, after all. But PlayStation gamers and core PC users are a different market, and the reason Death Stranding is being released on PC is a simple desire for as many people as possible to be able to play the game. What I'm most proud of is the fact that we created and brushed up the PC version or release ourselves. That's something that's usually outsourced, so it's a point of pride for us."

Developing a game for PCs means ensuring it runs on a wide range of hardware—not an easy task, given the vast differences between the more potato-like rigs and high-end systems.

"The question of where to set the baseline was therefore a major issue, and we struggled with that" said Kojima. He added that he's not particularly adept at playing games with a mouse, "but the PC version had to support mouse controls, of course, but configuring them was tricky. I left that to our staff, though."

Kojima said that one of the most important aspects to consider when making a PC version of Death Stranding "is that core PC gamers are pretty vocal and opinionated about games, and making something that would satisfy them was very tricky. I'm glad we took on the challenge, though, because it seems people are pleased with the results."

Death Stranding was a waste of time when he should have been making Revengeance 2
Reactions: darkgtx

QuantumPhysics said:
Death Stranding was a waste of time when he should have been making Revengeance 2
Click to expand...

I disagree, the game was good and the PC port was well done. It just wasn't the "saviour of gaming" like everybody wised for.

TBH I plan to play Death Stranding one day.
I like games like Grow home or Grow Up! and I like Kojima style ... seems like a pretty good mix of these two :-D
Revengeance on the other hand I started playing at least twice and never got past few levels. I am not even sure why because the story is overly cheesy, and I like it ... nano-machines son! etc. IMHO Gold lines.

Here is my opinion: Death stranding has a Hideo, I mean Hideous convoluted mess of UI
Reactions: Fearghast, arrowflash and darkgtx

I wish Metal Gear was still being made. By far my fave.
Reactions: terzaerian

Death Stranding is not for everyone. I wasn't sure about it at first, but when I had a chance to play it, I was hooked by it. It's not an action game, and walking simulator might not be fair but I guess it's as close as you can get to what it represents, but it's so much more, and then, it's not everything that it's being purported to be. Is it the game of the year? No, at least not in my opinion. Did it deserve the Steam Innovative Game Play award? For me, I voted a yes. Even though it might not be doing anything extra-ordinary, the overall game play it provides including the "strand" aspect of it where you can see what other players have done in the environment without having any "physical" interaction with them is what made me vote for it in that category on the Steam Awards. I've even attempted to play it without using that option of seeing what people left and believe me, it makes the game less enjoyable and requires you to have to do everything, including building up roads, structures, etc. Instead, when you do allow the other people's influence to be on your map, there is a sense of team work and satisfaction when you start something, and you see others contribute to it, or vice-versa, you see what someone has started and you contribute to it as well. And with Likes being available for structures, etc, it creates a bond there and yet, doesn't break the "loneliness" that is being exuded throughout the game as you play as Sam Porter Bridges, tasked with rebuilding America. It's lonely, it's relaxing, and it can get tense at times. Like I said, it's not your normal type of game, and it's not for everyone, which is fine. If you don't like it, nothing wrong with that. If you like it, again, nothing wrong with. I won't disparage someone who has tried it and didn't like it. However, those that have never tried it, I would only ask give it a try if you can. If you know of someone with the game, try it out. See how it feels.
K

I stopped playing Death Stranding after 15h in... I played it on PC only, maxed out.

Graphics are great, runs amazing, story is good and original, cast and characters too... but I got very bored by the gameplay half way thru my playtime. I could not finish it even if you payed me. So I watched the rest of the game online to see the end.
That was my experience of DS.

Now if these graphics, story, world and characters were made to have a gameplay like the Soulsborne games, I would still play it today for the n-th time, doing different builds and NG+ runs.

Death Stranding is set in America? I thought it was Iceland or Scotland...

Flora and terrain sure don't look like any region in America I know about. Maybe some areas in Alaska?

It is - the premise of the story is about reconnecting disparate collectives of survivors across America. 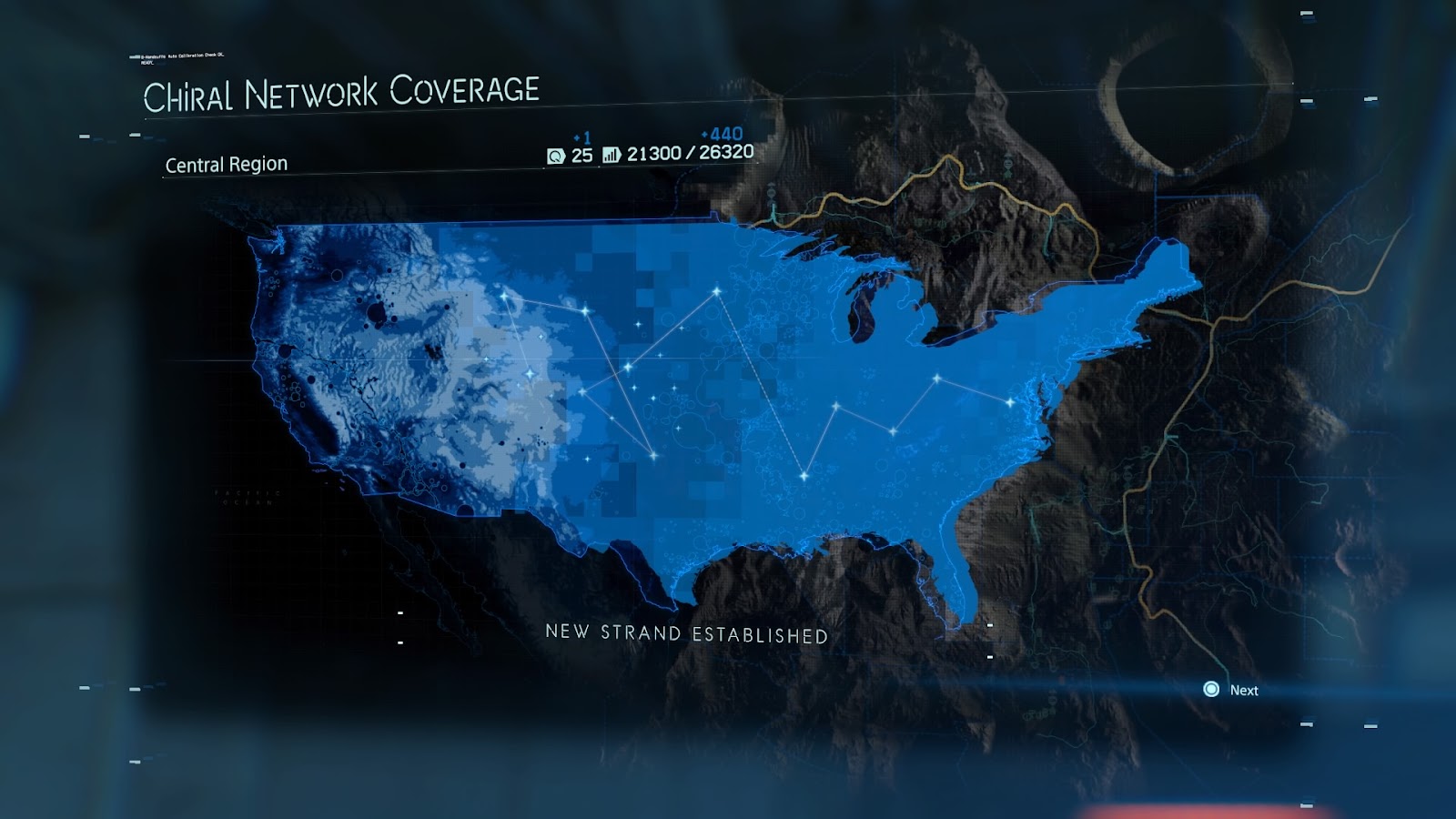 neeyik said:
It is - the premise of the story is about reconnecting disparate collectives of survivors across America.

Nick, thank you for your attention with the clarification, but I actually knew - it was a rethorical, sarcastic question... since the game doesn't look like anywhere in mainland America at all. I understand it's supposed to be post-apocalyptic but even the geography and geology are completely alien. I said I thought it was set in Iceland or Scotland because for me these are the places that the landscapes in the game look like.

This has always bothered me and it's one factor (one of many) that hampered my enjoyment of the game (not to mention the map scale, now of course I wouldn't expect a 1:1 recreation but I think it could be bigger - I honestly don't know this one but feels like 1:1000 at most).
W

PC gamers are vocal and opinionated about games, and console gamers are not? Quite an odd statement to make there.

Watzupken said:
PC gamers are vocal and opinionated about games, and console gamers are not? Quite an odd statement to make there.
Click to expand...

On the contrary it's quite accurate statement as it comes with a territory of shaping your own PC and rules.

arrowflash said:
I understand it's supposed to be post-apocalyptic but even the geography and geology are completely alien.
Click to expand...

Well, it is a Kojima game, so logic and sense pretty much gets left on the shelf. Rain that accelerates time or biological functions, but only affects flowering plants/humans, and not grass or moss? Yep, totally understandable.
You must log in or register to reply here.

Check out Death Stranding on the PC with ultrawide monitor support