iOS 14.2 is here, with new wallpapers, emoji, and fixes for several known issues

In brief: The latest iOS update dropped today, with several fixes for minor annoyances in iOS 14, iPadOS 14, as well as tvOS 14 and watchOS 7. This is a relatively major point release that also includes some new features, such as Optimized Battery Charging for AirPods, Intercom, and improved AirPlay controls. When Apple dropped iOS 14 into the world, the wealth of new features and home screen widgets almost made it the best iOS release in a while. But the company chose to release it without giving developers enough time to iron out their apps, and users found a series of issues, from abnormal battery drain to user interface lags, keyboard stutters, crashes, and wireless connectivity woes.

The company today seeded out iOS 14.2, iPadOS 14.2, watchOS 7.1, and tvOS 14.2 to the public, which contain fixes for several issues experienced by users over the past two months, such as getting a black screen in certain apps or non-working wireless charging.

Besides the bug fixes, Apple added eight new wallpapers, 100 new emojis, and improved some of the system icons. For people who regularly use Shazam, there's now a shortcut in Control Center for quicker access. You'll also get a notification when the volume of the audio played through your headphones is too high, and Apple has redesigned the AirPlay 2 controls.

Another feature that arrives with the release of iOS 14.2 is Intercom, which allows you to broadcast messages to your family using your iPhone/iPad and HomePod. If you happen to own an Apple TV 4K, you can now use a HomePod (or ideally two of them) for surround sound. This comes just as Apple is getting ready to accept pre-orders for HomePod mini this Friday. For those of you who use AirPods, you can now enable Optimized Battery Charging to prolong their lifespan. This works the same as it does with iPhone, meaning that when you charge your AirPods at night, it won't charge them at full speed and will try to time the process so that they will reach a 100 percent charge right before you wake up.

iOS 14.2 also comes with an accessibility feature that leverages the LiDAR sensor that's built into the iPhone 12 Pro and iPhone 12 Pro Max. Now you can use Magnifier to detect people nearby and tell you how far they are from you. This is also valid for iPadOS 14.2, if you're using an iPad Pro 12.9-inch (4th generation) or an iPad Pro 11-inch (2nd generation).

As for watchOS 7.1, tvOS 14.2, they're mostly focused on bug fixes. It's worth noting the bug that prevented some people from using their Apple Watch to unlock their Mac has been fixed.

Let's not forget that there were almost 24 security vulnerabilities with four in the kernel alone that were fixed as well. There were three zero-day exploits that are currently being used in wild, two of which are in the kernel and another in the FontParser framework.

They released iOS 14 the same time they've released every iOS... and seeded betas months before, as always... what nonsense is this?!?!
S 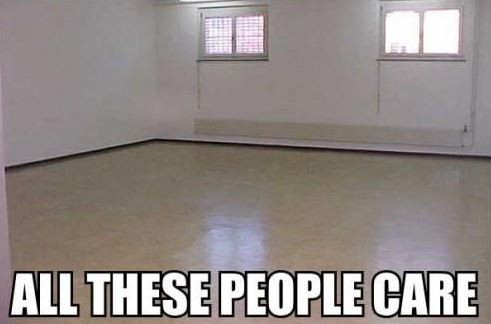 That camo is so effective.
You must log in or register to reply here.