Ketchup isn't a good thermal paste, but it's better than cheese or toothpaste

Editor's take: Hardcore enthusiasts are constantly on the hunt for new techniques and methods to shave a degree or two off their operating temperatures. Most efforts bear little to no fruit, and instead serve as cautionary tales for what not to do. This is one of those examples. A ComputerBase community member recently put several thermal pads and pastes to the test using an old Radeon R7 240 graphics card. The GPU is normally passively cooled but a fan was added to expedite the testing process. Some unconventional alternatives were thrown in to spice things up, and that's more of what we are interested in here.

The card is clocked at 780MHz @ 1.15V by default and has multiple levels of throttling that automatically dial back the clock speed and voltage supplied. If things get too toasty, it shuts down entirely.

First up is ketchup and after a five-minute torture test in Furmark, the GPU registered a temperature of 71c. Among the wacky alternatives, this was the best performer. Standard toothpaste reached 90c after a similar run while diaper rash cream, a potato thin and a cheese slice all hit 105c and were thermally throttled.

What's your best bet in pursuit of lower temperatures? For starters, stick with an actual thermal paste. Tried and true options like Arctic MX-4 and Corsair TM30 were among the top performers in the test with temperatures of 49c and 54c, respectively. How you install the paste can also impact temps and some even claim additives like salt can help but we wouldn't recommend trying that.

Again, utilize methods that work and are safe. In addition to upgrading your thermal paste, make sure the fins of your heatsink are free of dust that can inhibit their cooling ability. Adding a larger and / or more powerful fan to your GPU heatsink will also bring down temps, as will proper cable management in your case. If all else fails, consider switching to a more extreme solution like watercooling. 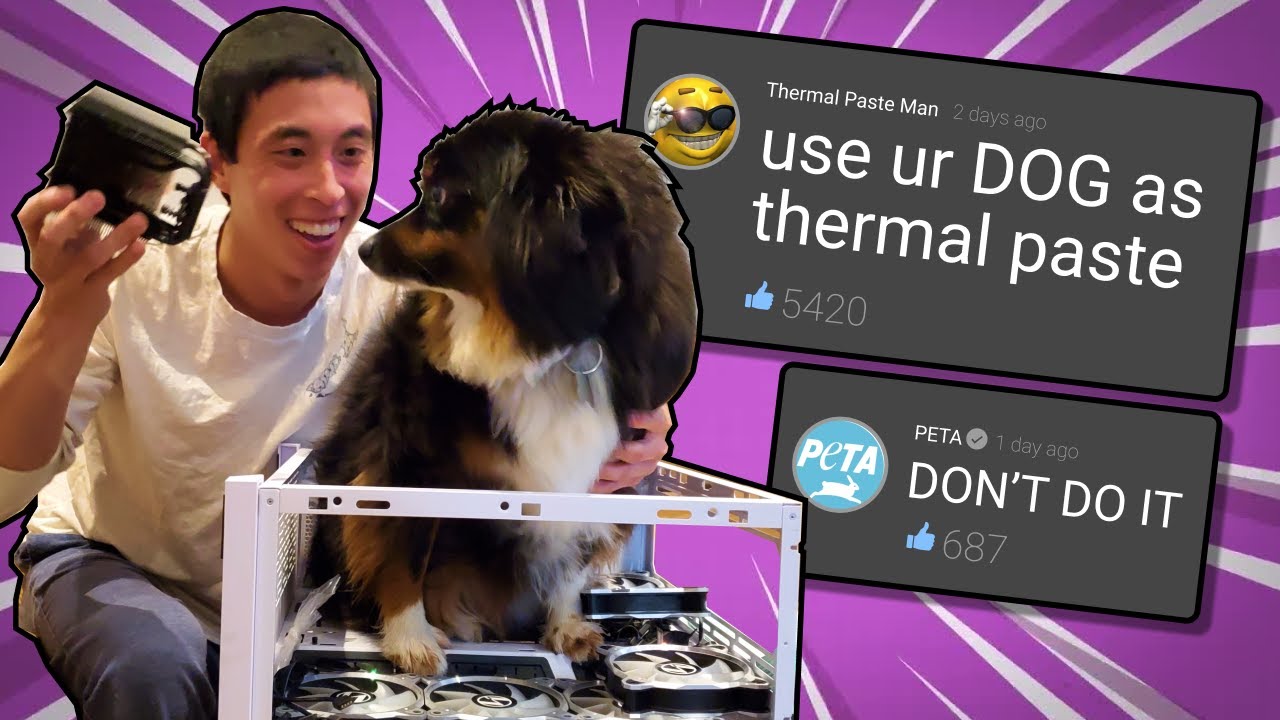 I was just watching this on YT the other day
Reactions: BadThad, kiwigraeme, RebelFlag and 2 others

Some people have WAY too much free time.
Reactions: BadThad
T

I know this testing is just for a laugh, but any liquid can be a thermal compound, because any liquid will displace the tiny air pockets between the die and heatsink surfaces, and air is a terrible conductor of heat.

A 5 minute Furmark run though isn't enough to test how it performs as it dries out (evaporation has a cooling effect that aids performance, but doesn't last forever). Ketchup is also acidic, not something you really want sitting on electronic components and metal heatsinks for extended periods of time.

Ketchup on your chips..... Well it's traditional at least.

Complete and utter waste of time! A little understanding of chemistry and physics would have been a more worthwhile pursuit.

I feel like salt would just add risk of corrosion to any metal component, not worth it if you ask me. Just stick with regular thermal paste, which when applied correctly is proven to work just fine.
You must log in or register to reply here.