Highly anticipated: Apple’s next-generation iPhone is unlikely to trigger a supercycle upgrade event like last year’s model, but is expected to ship with some compelling new camera features that are sure to get the attention of amateur and pro photographers alike. Sources familiar with the matter told Apple insider Mark Gurman that the next iPhone will include a video version of the popular Portrait mode as well as a new filter-like system that improves the look of images and the ability to record video in a higher-quality format, which Apple is apparently calling ProRes.

Portrait mode intensifies the background blur for photos, and is expected to have a similar effect for video. According to the report, users will be able to adjust the strength of the effect after recording.

The new filter system won’t just apply a generic filter to an entire photo, but rather, will utilize artificial intelligence to precisely apply tweaks to objects and people in images.

ProRes, meanwhile, will likely be similar to ProRaw on the higher-end iPhone 12 models, and could be an exclusive feature for the Pro and Pro Max iPhone 13 variants. Late last year, Apple analyst Ming-Chi Kuo said he expects the iPhone 13 to ship in the same four sizes as the current-gen device. He also noted that the ultra-wide cameras on the two high-end models will feature six-element, f/1.8 aperture lenses with autofocus. That’d be a decent upgrade on its own, as the ultra-wide cameras on the iPhone 12 series use five-element, f/2.4 aperture lenses with a fixed focus.

Gurman further noted that the new iPhone 13 will be powered by Apple’s A15 Bionic processor and have a smaller front notch and a display with a 120Hz refresh rate. An always-on display might also be in the cards.

Apple is expected to unveil the next-gen iPhones in early to mid-September.

An aside but one I still find hilarious: check out that promo image of "boring motion" vs "pro motion"

Notice anything weird? Like how they intentionally selected an image that would hide the stupid notch it probably still has?

It's the same trick they've been doing since they decided to include that huge notch on top and they're still doing it I don't know how many years later.

If they need to have it for their face recognition stuff fine, they can't get rid of it. But don't try to hide it.
Reactions: psycros
S

OMG HYPE!! oh wait, it's the same hype every year for the last few generations
Reactions: Proposition Joe, kiwigraeme, p51d007 and 1 other person

One would hope so, new products aren’t designed to be worse than their predecessors. 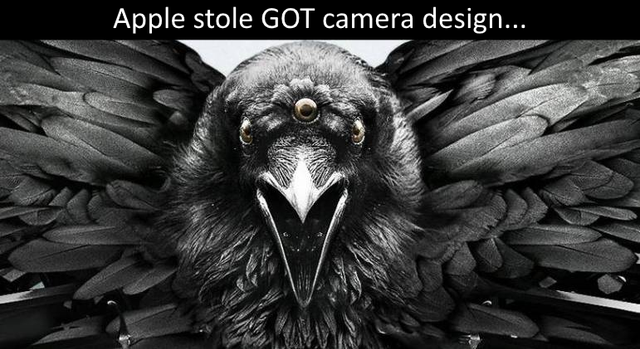 Isn’t every year’s iPhone camera their most impressive camera to date?
Reactions: p51d007 and psycros

Just be sure not to take pics of children - wouldn't want to get SWATted by Apple for "child abuse".
Reactions: p51d007

I've been taking photographs since the 70's. You want better pictures? Stop all the SOFTWARE
tricks to give fake Bokeh. Put a REAL lens with a SINGLE larger sensor. Yeah, the sensors are pretty good now, but, when you get into a low light situation, even if it is an f/1.8 lens, the signal to noise ration gets high, because the voltages is cranked up so the sensor can record whatever light it sees. That induces noise (the speckles in photos). Then they use noise reduction AI/software to get rid of the noise, sometimes resulting in an artifical photo.
One lens, BIGGER, with a real zoom, not digital zoom. Hell, I thought Apple was about style and design. But they think all of these multicameras on the back are better "style" wise, than ONE single lens?
S

Good, that’s the feature I care most about on a smartphone by far. Not fussed about 120hz though. I’d probably turn it off to save battery. (If Apple lets me).
You must log in or register to reply here.