I remember my first game is Super Mario, I used to play all day long with my friends.Later I play gameboy games.

Has it really been over 6 years? Damn!
We need to add a few more pages to this great thread.

Did I forget tetris https://n-blox.com/

One of the first PC games I played was Weltris. 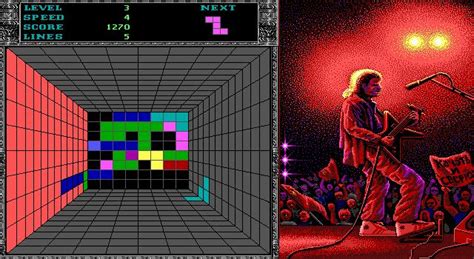 Hard to believe (even for me) but I've never played Quake.
L

And then... Minecraft, oddly enough. Kids played it, watched some YTers. Started myself on a computer which could barely play it.

Initially it was just something to pass the time, to continuously challenge reaction timing but what really got me hooked was JRPGs.

The first major one I can remember playing was Legend of Legaia, I spent so much time playing that it was crazy and I've been hooked on them since.
Last edited: Mar 25, 2019

I don't know how I missed this thread but for me it was Thief: The Dark Project. I still have vivid memories of playing it all those years ago. An amazing game.

Double dragon 1 and 2, bad dudes from data east.
Life force and super Mario Bros 2 got me hooked into gaming in 1988.
My cousins were playing it when I visited them for the first time.
N

For PC Gaming I'd have to say the original Unreal Tournament. As far as gaming goes that would be anything on the original Atari.
B

Well, there are various game that I am hooked on. Has anybody know about the old Mario. I still remembered in my childhood I played this game on the big system. Currently, I am playing various multiplayer game,
FIFA
PUBG
Destiny 2
COD

Unreal Tournament 2004. That game is what convinced me to get a PC to play games and is what truly got me into gaming.

I played a lot on PS1 / PS2 before then, but it was Unreal Tournament 2004 that truly got that spark going.
J

It was the original Halo when it first came to the pc. That game got me to buy my first desktop pc. It got me posting for the first time on an online board, buying my first graphics card and memory upgrade parts too. I had used computers long before that but they were ancient dumb and not fun. Sadly every Halo after the first one was a big disappointment for me. The first one was what got me hooked though.

I believe it was Prince of Persia which draw my attention at first and got me hooked for quite a while.
T

Chip n Dale in 2 player mode. I loved playing it with my sisters.

Raswan said:
Late bloomer here. It was either Command and Conquer, or this wicked awesome game called Rune. Anyone know it?
Click to expand...

C&C set the bar for me. I grew up with C&C 95 and all of its subsequent iterations. Westwood set the bar so high that I've never really been able to enjoy any other RTS as much, save the first two Age of Empires. I still go back and play as the GDI looking to stop the terrorist NOD organization, or I play as the right-hand man to Kane in a bid to dominate the world. I'm getting way too nostalgic to keep on writing. The only thing I dislike about it is that Win7 doesn't support it.

Win7 supports C&C3 just fine. Head on over to Steam and spend a whopping $5 or less for an additional copy.

Consoles were SO bad when I was a kid, I didn't care for the Coleco's / Ataris etc. I was an arcade gamer for sure though. (Probably cheaper in the long run then too).

Later is was Chase HQ, 'The Main Event', etc.

I didn't even care for the NES.

I remember beginning addiction when the Mega Drive my brother had with 'Super Monaco Grand Prix', when I found myself in front of the TV at 3am.

Virtua Racing at the arcade blew me away. I hated consoles even more then.

So back to the arcades it was until I tried an SNES.

Ridge Racer at the arcade was another jaw-dropper.

N64's Wave Race was amazing. A stand out game.

At the arcade, Hydro Thunder soaked up lots of my coins.

Dreamcast was fun, Crazy Taxi, shooting with the gun accessory, Hydro Thunder (though no arcade quality).

Xbox & Halo for a little while.

MW3 on the PC feels like an arcade game, very past paced, acceptable graphics, whilst not too demanding means loads can play it. Shame about the hackers though.
Reactions: cliffordcooley
T

Mine was the first game hooked me up was MARIO which I use to play a lot until I switched to the laptop games.
T

I'm another one that initially got addicted to Unreal Tournament when it first came out. GTA 3 was the next big hit for me. Nothing since has really done it for me

As a teenager I used to love watching people play Defender on the arcade machines but I didn't have the money to play so it could never became an addiction. A few years back I built my own MAME arcade cabinet to play the game (and others). It turned out I was completely useless at the bloody game

Space Invaders was the first video game I played, but the game that really got me hooked was Pac Man, especially after I figured out the patterns and could get past the 9th key on one quarter.
You must log in or register to reply here.