I want to move two pcs from europe to the the united states. many pcs sold have a little switch that allows you to change from 220/240v to 110v. neither of these two pc have that little switch and instead their power supply ONLY runs 220/240v. I had thought I could ship these two pcs to the usa and once there simply replace the power supply with one that runs at 110v. however, someone that usually knows a lot about pcs told me that the pcs might be set up to ONLY run on 220/240v and that changing out the power supply could fry them. I immediately started trying to contact the pc company but apparently their cs phone line rings in an empty room because its rung for hours with no answer over the course of several days.

I found out my dad had a heart attack last week. I am moving to the usa in about 3 weeks. I dont have time to sell my old pcs and save the cash to buy new ones in the usa (plus I need to use at least one while im here to assist in the move), dont have the money to just buy two replacement pcs in the usa, and have already figured out how to ship them for relatively cheap. so im pretty much stuck with these two pcs and how to get them to work once im there is the issue.

so I guess the questions are

1: could I just remove the old 220/240v power supply, buy a 110v power supply, install the 110v power supply, hook it up, and then use the computers no problem
or
2: would I need to get one of those power adapters that allow me to convert 110v to 240v and use that to plug in the computers? I would really rather not do this because I did it coming to germany from america and lost tons of electronics because they dont do a great job and when the electricity isnt perfectly regulated in the house the electronics go up in a poof of smoke.

I would appreciate any and all help on this!

Staff member
If I was in the same situation, I'd replace the PSUs - you can pick up reasonable 400W units from the likes of Newegg for less than $45 a piece (including delivery): 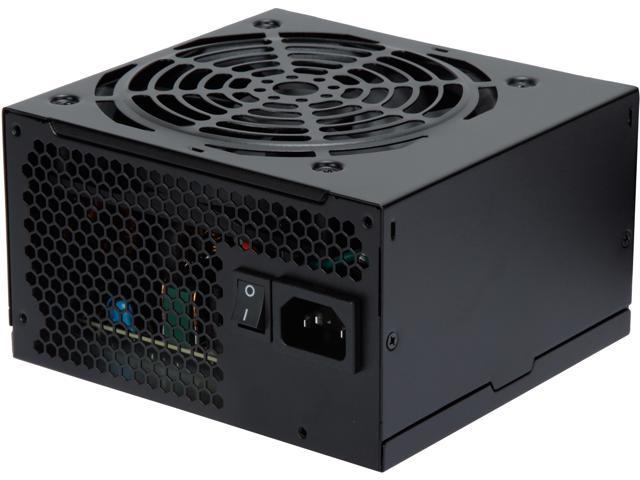 Best bit about them is that they support 100 to 240V input, so if you ever move back to Europe, you'll still be able to use them (just make sure you keep the power cables from the old ones, just in case).
D

Many systems come with a “universal power supply”, just check your specs
C

Also ignore your friend, the internal parts all run at DC voltages and those are the same in America as they are in Europe. All the power supply does is take the ac power and convert it to DC 12/5/3.3 V. Check your psu it may not be universal and auto switch (most new ones made in the last 10 years do). If for some reason yours doesn't support it but a power supply that provides the same wattage as your current.

candle_86 said:
Also ignore your friend, the internal parts all run at DC voltages and those are the same in America as they are in Europe.
Click to expand...

His friend wasn't referring to the internal parts - he was talking about the PSUs and in the case of the LC-POWER 420H, it's 220-240V input only (can't tell with the other one, as the manufacturer doesn't state that info). It's a model that was exclusively for the European market.
C

neeyik said:
His friend wasn't referring to the internal parts - he was talking about the PSUs and in the case of the LC-POWER 420H, it's 220-240V input only (can't tell with the other one, as the manufacturer doesn't state that info). It's a model that was exclusively for the European market.
Click to expand...

candle_86 said:
Read it again his friend said changing the psu out could fry the computer
Click to expand...

It's the sort of thing I would say to somebody who isn't keyed up on PSUs and input requires - it's may also have been the case that @endrsgm was simply paraphrasing his friend. Either way, his friend still had a valid point: at least one of his PCs contained a PSU that was only for 220-240V and it would need addressing when moving to the States.
You must log in or register to reply here.

Upgrade the system to new parts