A hot potato: The San Francisco Police Department now has the authority to use lethal robotic force against violent criminals under new city rules. Only three of the 11 Board of Supervisors members opposed the controversial decision. Opponents, including the ALCU and the EFF, fear using robots against human suspects removes the humanity in law enforcement and violates a suspect's due process. The SFPD insists it will not misuse the tactic. Last week, the San Francisco Police Department (SFPD) submitted a controversial regulation change allowing officers to use robots to kill suspects. The rule faced pushback from the Board of Supervisors and civil rights advocates, including the ACLU. After at least one set of revisions, the SFPD finally submitted the proposal to city officials for approval.

On Tuesday, the Board of Supervisors approved the new rules in an 8-3 vote with revisions. Fox affiliate KTVU notes, the regulation regarding using lethal robotic force stipulates that "trained" officers can use "military-grade machines" to kill suspects in "critical incidents." An added requirement not in the original draft was that the SFPD must evaluate the situation and apply alternative non-lethal tactics first.

Beyond disappointed that the Board seems poised to allow SFPD to use weaponized robots to use force against human beings. Only 4 of us clearly against. Shortsighted, dangerous, sad. The spirit of the SF I have always admired is weeping today. https://t.co/yevWUOoFXF

Additionally, the rule was altered so that the 17 robots in the SFPD arsenal, which are all unarmed, cannot be fitted with firearms. Instead, they will use explosives, including concussive devices intended to disorient the suspect. However, the Board will consider lethality acceptable collateral damage. It is worth mentioning that the first time police used a robot to kill a suspect in the US, explosives were the weapon of choice.

"A lot of talk of 'Robocop,' which I think sets a lot of minds going to a whole lot of places, but this is not that [sic]," said proponent Supervisor Rafael Mandelman. "I think it's totally appropriate. In fact, I think it would be irresponsible not to make plans to use that technology in that horrific eventuality."

Today's vote approving the SFPD's dystopian military equipment policy—which will allow SFPD to use robots to kill people—is deeply disturbing. This is a sad moment for our City, and it shows how far we have strayed from the 2020 reckoning on police violence. Here's my statement. pic.twitter.com/gFLllm3xvF

"It's really just opening a window that eventually somebody's gonna wanna crawl through," Guariglia told KTVU. "We are going to lessen the burden of using deadly force from having to pull a gun and pull the trigger to a button on a remote control."

The SFPD assures the public that it will primarily use the explosive-equipped robots to breach buildings that violent and dangerous suspects have barricaded themselves in and that the force of the blast could potentially cause unintended death. Ideally, officers will still have to confront and attempt to arrest the suspects.

"While an explosive charge may be considered an intermediate force option, it could potentially cause injury or be lethal. Robots equipped in this manner would only be used in extreme circumstances to save or prevent further loss of innocent lives," a spokesperson said.

None of the robots have firearms attached, and SFPD has no plans to attach firearms. However, in extreme circumstances it is conceivable that use of a robot might be the best and only way of dealing with a terrorist or mass shooter. 3/5

Supervisor Hillary Ronen was among the three board persons to vote no on the proposed rules calling the mechanical force rule "shortsighted, dangerous, [and] sad."

"Beyond disappointed that the Board seems poised to allow SFPD to use weaponized robots to use force against human beings. Only 4 of us clearly against. Shortsighted, dangerous, sad. The spirit of the SF I have always admired is weeping today," Ronen tweeted just before it was taken to a vote. "Even worse than I thought! Only three of us - myself, Shamann Walton and Dean Preston voted against arming robots with weapons to kill. A damn shame," she corrected later.

Board President Shamann Walton said it was just another thing that would increase the odds of negative police interactions with "people of color." District 5 Supervisor Dean Preston called it "deeply disturbing" and "dystopian."

Proponents defended their votes with Supervisor Rafael Mandelman pointing out that the SFPD has used the robots for 10 years without attached firearms, and the department has no intentions of equipping them. It will continue to use them for remote surveilance of a situation and the disposal of bombs, but using them as a weapon of lethal force will be a last-resort option.

This is a trainwreck in the making.

It's a shame that George Orwell wasn't alive to write about this...
Reactions: Hodor, NicktheWVAHick and AlaskaGuy
K

I always though the US was a hellhole for the normal dude, everyday this kind of news prove me right.
Reactions: AmigaInside and Avro Arrow
N 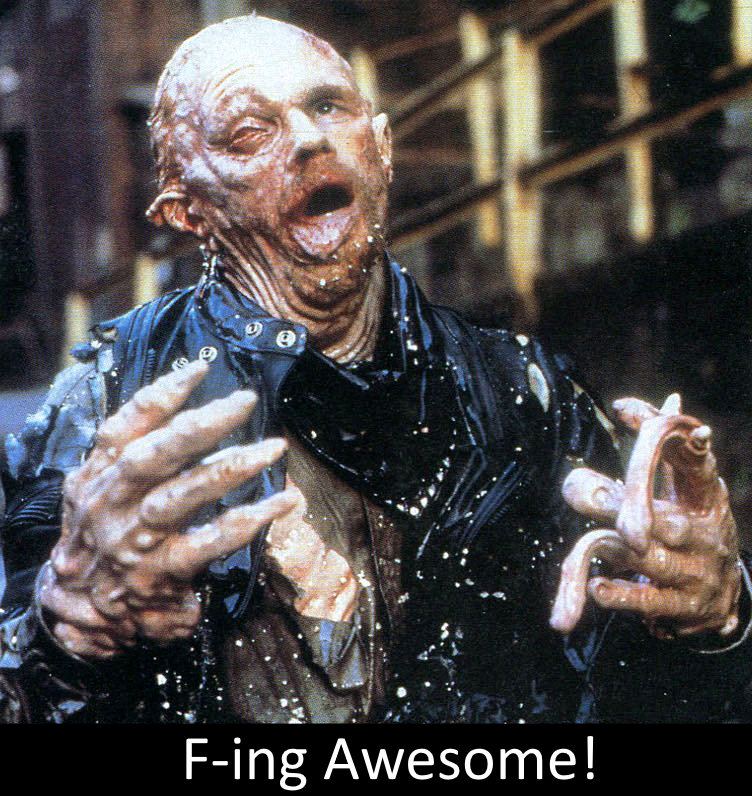 What the locals need to do is start doing SWAT calls on all their board members and upper management, then see how they like being surrounded by lethal weapon toting robots .... THAT would be a good test of the system ...
Reactions: Avro Arrow
N

Avro Arrow said:
It's a shame that George Orwell wasn't alive to write about this...
Click to expand...

There’s no way he could have known. Even Orwell could have never predicted being punished for using the wrong pronoun (he/she/them/they/his/her/it)
Reactions: 0dium, Scrye74, Hodor and 1 other person
N

When are they going to start rolling out the latest T-800 AI from Cyberdyne. They can start patrolling the streets at night.
Reactions: AlaskaGuy

Kam7r said:
I always though the US was a hellhole for the normal dude, everyday this kind of news prove me right.
Click to expand...

Yeah it really is. It's a shame though because it used to be a lot better. The worship of the almighty dollar has turned it into a monster.
Reactions: AmigaInside
You must log in or register to reply here.