If CES was any indication, Ultra-High Definition televisions will soon be all the rage. While increasing pixel counts are always proportionately more awesome, there's a minor snag: 4K UHD content is nearly non-existent. Japan is aiming to wrestle this problem head-on though with a government-led initiative to roll out 4K UHDTV broadcasts by 2014. In doing so, the country has positioned itself as a 4K pioneer. 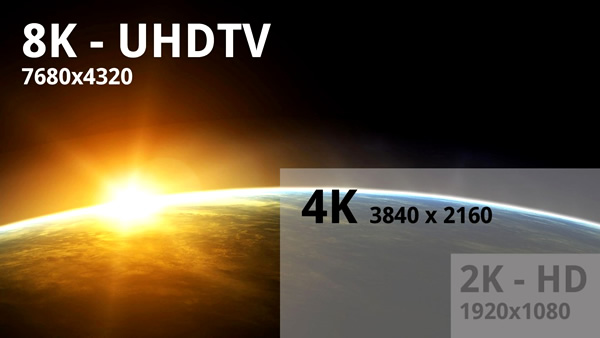 Most upcoming UHD/4K sets are 3840 × 2160 or about four times the pixelly goodness delivered by typical 1080p video. Although 3840 × 2160 is technically not true 4K in the strictest sense, standards committees thought it best to keep the math simple by essentially doubling the dimensions of 1080p rather than sticking to a long-standardized width of 4096 pixels. The European Broadcasting Union decided "4K UHD" sounded good earlier this year -- I'll be using this from now on to describe UHD as using "4K" still feels dirty. When the public zeitgeist seems to overwhelmingly favor 4K though, perhaps I'll give in...

Another hurdle, aside from the lack of content, is the tremendous amount of bandwidth 4K UHDTV requires. Using the limited spectrum currently allocated to digital TV broadcasters, transmitting 4K UHDTV video streams -- although technically possible -- is not exactly practical. To conquer this issue, Japan will begin supplementing TV broadcasts with satellite transmissions until a satisfactory method of delivering such pixel-dense content materializes.

Also, if 4K already sounds dated, Japan is also flirting with the idea of pushing 8K UHD by 2016. Yep, that's 7680 × 4320 pixels -- an increase from 4K UHD's 8.2 million pixels to a whopping 33.1 million. Uncompressed, 8K UHD would require about 48Gbps of bandwidth. Moving that much data through the air sounds like an interesting problem for Japan to solve.