Starting today, U.S. and Canadian customers who purchase a Surface RT from either Microsoft or an authorized reseller will receive a free keyboard cover (a $120 value). The deal is for a "limited time only", although details regarding its official end haven't been announced. 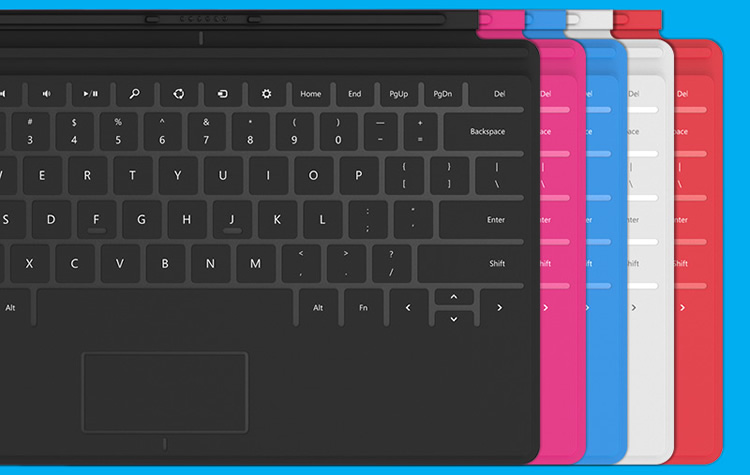 Although this specific deal including Microsoft's Touch Cover, Touch Cover (Limited Edition) and Type Cover is limited to North America, certain countries in the EU have been enjoying a similar promo -- just with a less diverse selection of covers. Redmond says the promo will end on June 30 for the following European countries: Austria, Belgium, Denmark, Finland, France, Germany, Ireland, Italy, Luxembourg, Netherlands, Norway, Portugal, Russia, Spain, Sweden, Switzerland and the United Kingdom. It seems reasonable to assume the U.S. offer may also end at this time, if it does at all.

Surface's much-touted and well-liked keyboard covers have been a frequent source of criticism; although the accessories were lauded as innovative and a defining feature for Surface, their three-digit price tag elicited scowls from people already unhappy with Surface RT's $499 price tag. At $119, the keyboard cover alone is one-quarter the cost of the tablet itself.

Microsoft claims its Surface Type Cover is the thinnest mechanical keyboard available and retails for a hefty $129.99 -- or free, for now, with the purchase of an RT. The Type Cover packs a laptop-like QWERTY keyboard and capacitive touchpad in a 6mm-thin device which weighs just over half a pound. Meanwhile, the Touch Cover forgoes mechanical switches for a "pressure sensing input technology" which provides a truly thin (3.22mm thick) keyboard, even if it is only $10 cheaper. Limited Edition Touch Covers features a lively, laser-etched design.