With all the controversy surrounding Facebook and the Russian ads, one might imagine that the company’s bottom line is being affected. But that couldn’t be further from the truth. The social network has once again beaten expectations, with shares reaching an all-time high.

Facebook stock, which has risen almost 59 percent since the start of 2017, reached $182 per share on the back of the news. The company also revealed the number of active monthly users has increased to 2.07 billion, up 16 percent since last year, and it now boasts 1.37 billion daily users.

In a letter to investors, Mark Zuckerberg warned that future profits could be affected as it spends more money tightening security on the platform. “Our community continues to grow and our business is doing well," the CEO wrote. "But none of that matters if our services are used in ways that don't bring people closer together. We're serious about preventing abuse on our platforms. We're investing so much in security that it will impact our profitability. Protecting our community is more important than maximizing our profits."

Zuckerberg said the extra spending would include adding 10,000 people to its review process, monitoring for content such as child pornography, terrorism, and state-sponsored interference on the platform. The company already has 23,165 employees, up 47 percent from one year ago, but it’s likely most of the new additions will be contractors.

Facebook expects its total expenses for next year to increase by as much as 60%.

"Protecting our community is more important than maximizing our profits."
That sounds like nothing more than lip service that was intended to be made public but probably in a letter addressed to investors only, the opposite is most likely true. Maximising profits for ANY company is the single most important thing, everything else is just secondary.
Reactions: Footlong
C

Whether his intentions are just or he has an ulterior motive, it's still a strong statement to make to the rest of the tech world. Also, when his profits have just gone up by 79%, I guess he can afford a little deviation into non-profit territory.

Capaill said:
Whether his intentions are just or he has an ulterior motive, it's still a strong statement to make to the rest of the tech world. Also, when his profits have just gone up by 79%, I guess he can afford a little deviation into non-profit territory.
Click to expand...

I doubt it. No company the size of Facebook has ever done something without profit insight. He might be protecting the brand, but not going to deviate into non-profit territory.

TechSpot Elite
Because it closely aligns with the average IQ, which seemingly continues to drop.
T

As if anybody would ever believe the hypocrite zuckerberg, the guy that says there is no spying int he facebook platform yet leaves his mic/webcam taped over. 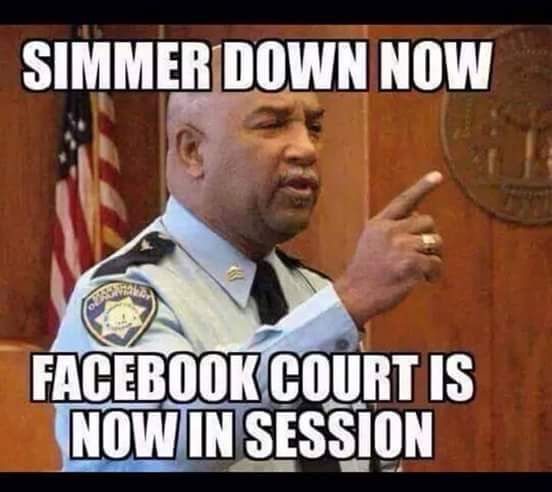