What just happened? Sales of the Oculus Quest 2, the most popular VR headset by far among Steam Survey participants, have been temporarily suspended following reports of users experiencing adverse skin reactions after wearing the device. Oculus announced a voluntary recall of the Quest 2 “in response to reports from a very small percentage of users who have experienced skin irritation where the foam portion of the facial interface rests on the skin.” The company writes that this is a joint recall “in cooperation with the U.S. Consumer Product Safety Commission (CPSC).”

Owners of the headset will be provided with replacement silicone covers, free of charge, that fit over the current foam interfaces—you can request one here. Oculus will be including these new covers in every Quest 2 box starting on August 24. Oculus says it conducted a comprehensive investigation into the issue. While it found no contamination or unexpected substances, it discovered a few trace substances that are normally present in the manufacturing process that could contribute to skin discomfort.

Only about 0.01% of people using the Quest 2 have reported skin problems, but the company still changed the way the headsets are manufactured out of an abundance of caution. It also consulted with dermatology and toxicology experts who said the irritation is not an allergic reaction and should go away by itself.

When the Quest 2 does go back on sale in a few weeks, Oculus will debut the new 128GB SKU that sits alongside the 256GB Quest 2 ($399). The new entry-level model replaces the 64GB version without adding to the $299 price.

It is pretty widespread known that some people are allergic to silicon: it's why we still have animal based condoms for example. How can one of the biggest companies in the world can get all the way to production when someone like me already knew this just from watching Law & Order episodes?

The ugly side of VR sets... 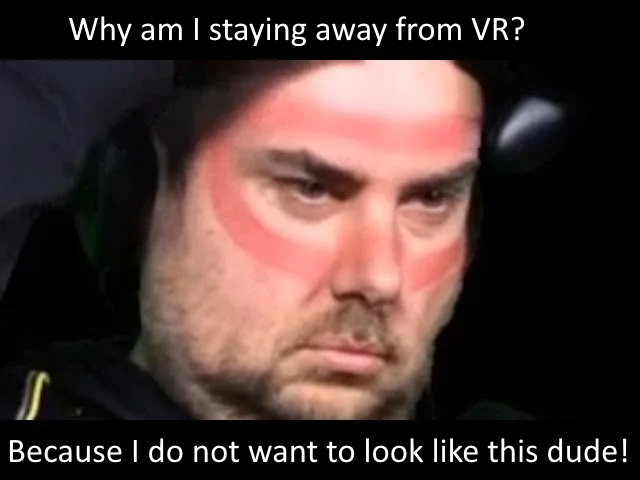 TechSpot Elite
I was fortunate to not have any such problem with my Oculus Quest 2. But I will still buy a better face cover soon since I wanted one from day one.
H

I bought first batch of Oculus quest 2 and was able to get a free face cover a few months ago. Aren't theses news old? I received Amazon's notice of the issue on 18/05/2021.
Reactions: Lounds
P

Dimitriid said:
It is pretty widespread known that some people are allergic to silicon: it's why we still have animal based condoms for example. How can one of the biggest companies in the world can get all the way to production when someone like me already knew this just from watching Law & Order episodes?
Click to expand...

It's latex that is a common allergen, and what most condoms are made of.
Reactions: Wereweeb
L

0.01% of Q2 owners are unhygienic.
You must log in or register to reply here.