The big picture: As of now, the project is still on track to stay within its current $8.8 billion budget. Assuming all goes according to plan, the team will continue forward with the final batch of environmental tests before shipping the telescope off to its launch site in Kourou, French Guiana, located on the northeastern coast of South America. NASA’s James Webb Space Telescope is now scheduled to launch on October 31, 2021, after the agency confirmed last month that the target March 2021 date was no longer a possibility due to setbacks brought about by the ongoing Covid-19 global pandemic and other technical challenges.

Thomas Zurbuchen, associate administrator for NASA’s Science Mission Directorate at the agency’s headquarters in Washington, said the James Webb is the world’s most complex space observatory and their top science priority. “We’ve worked hard to keep progress moving during the pandemic,” Zurbuchen said, adding that, “the team continues to be focused on reaching milestones and arriving at the technical solutions that will see us through to this new launch date next year.” The team just this week successfully completed electrical testing and in August, acoustic and vibration tests will be conducted. It is of the utmost importance that each and every element of the telescope is tested and found to be fully functional before heading into space.

Shortly after the Hubble Space Telescope launched into orbit in 1990, operators realized something serious was amiss. Images returned to Earth weren’t nearly as clear as anticipated. Upon further investigation, it was discovered that the telescope’s primary mirror had be ground down to the wrong shape using incorrectly calibrated equipment.

Replacing the mirror in space would have been impossible and bringing the telescope back to Earth for a refit would have been too costly and time-consuming so NASA did the next best thing – added hardware that acted as a pair of “glasses” to correct the telescope’s vision issues.

The technology keeps getting better in leaps and bounds. Hubbell was great, Spitzer too.

The annoying thing is with all these delays is just how out of date the onboard cameras & sensors will be by the time the damn thing is ready to take its first pictures.

The camera & sensor designs will have been finalised years ago and can't/won't be updated with the latest designs each time there is a delay.
L

Hubble you have served humanity well, 30 years of great astronomy. Here's to the future of James Webb telescope and the many wonders it uncovers for humanity.
Reactions: wiyosaya

Look at the pretty space dust. Space dust is not love
W

EClyde said:
Look at the pretty space dust. Space dust is not love
Click to expand...

That it is designed to see in the infrared region of the spectrum means that it will see "through" space dust not look at space dust - as detailed here - https://scitechdaily.com/nasas-webb-telescope-will-penetrate-space-dust-to-reveal-milky-ways-center/
Space dust is part of what is seen in Hubble shots of things like "The Pillars of Creation"
Telescopes designed to see in various regions of the electromagnetic spectrum outside of the visible region reveal different things. JWST will be doing exactly that. It will see stars and what not, that cannot be seen by telescopes, like Hubble, that are designed for the visible region of the EM spectrum.

R00sT3R said:
The annoying thing is with all these delays is just how out of date the onboard cameras & sensors will be by the time the damn thing is ready to take its first pictures.

The camera & sensor designs will have been finalised years ago and can't/won't be updated with the latest designs each time there is a delay.
Click to expand...

That's the nature of science and technology in general. The sensors are custom and in the best of their class which, from my viewpoint, means that it is unlikely that there are better sensors available; if there are, they would have cost substantially more than the ones that are currently installed. There are those that would have complained that the amount of money required to upgrade them to the latest possible would not have been worth it; JWST is damned if they do and damned if they don't; however, even with the current sensors, it stands to make unprecedented contributions to scientific knowledge.

That said, the sensors sound exceptionally impressive to me; there is at least one that cannot operate in temperatures above 6 Kelvin. 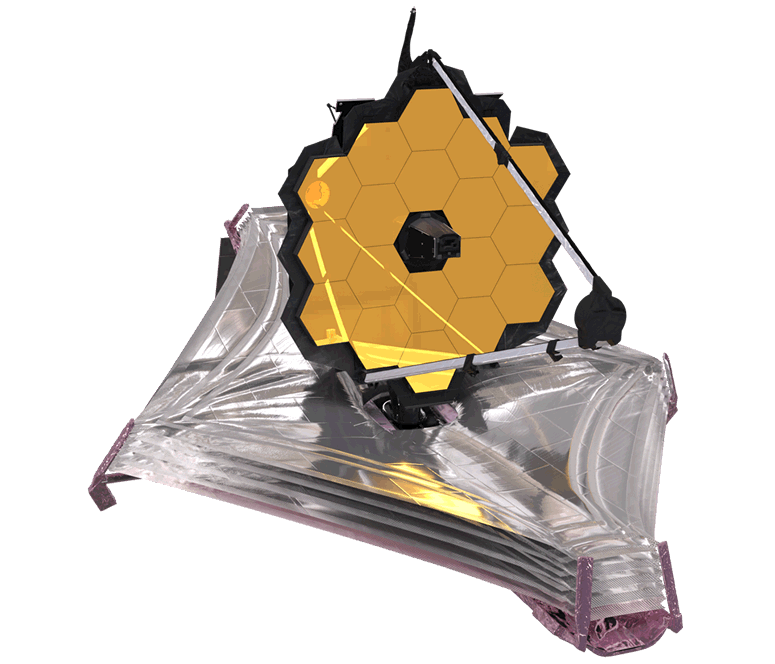 Hubble will remain the big dog for the visual region of the EM spectrum for at least a few more years as JWST's mission is completely different since it is designed for the infrared portion of the spectrum. We will not get any "true color" images from it like we did with Hubble. However, given the ability of the infrared to penetrate dust, we will see in unprecedented detail what lies beyond the dust.

IMO, one telescope that has great potential to dethrone Hubble is a ground-based telescope currently under construction in Chile called The European Extremely Large Telescope (E-ELT) with a 39-meter, filled-aperature mirror. https://www.eso.org/sci/facilities/eelt/ It is scheduled for "first light," as astronomers like to call it, in 2024.

The ELT will be able to correct for the atmospheric distortions (I.e., fully adaptive and diffraction-limited) from the start, providing images 16 times sharper than those from the Hubble Space Telescope.
Click to expand...

All the more time to work out any remaining issues that could be problematic. I, for one, hope it is successful. If so, it will be worth the wait, IMO.
J

So at what point will it be a good idea to scrap this government POS because it's so old? IE, its replacement was probably figured to come online right about the time this pork-product was expected to die off.

JB3543 said:
So at what point will it be a good idea to scrap this government POS because it's so old? IE, its replacement was probably figured to come online right about the time this pork-product was expected to die off.
Click to expand...

Yes, when you are on the one-yard line, go for a field goal, and let's not let science stand in the way of schools opening.

The 6.5-meter space mirror sounds like a joke in 2021. The science's washing machine in work.

LeroN said:
The 6.5-meter space mirror sounds like a joke in 2021. The science's washing machine in work.
Click to expand...

Please enlighten us on your understanding of the complexity of the project and how difficult it is to put something like this into space.

Also, please enlighten us on the project approval process at NASA. I assume you are a NASA employee, or at least a scientist who has some understanding of just what goes into a project like this.
You must log in or register to reply here.

James Webb telescope gets hit by a larger-than-anticipated micrometeoroid