United Nations ambassador Nikki Haley was forced to relinquish her personal Twitter account due to Obama-era regulations that took effect in January 2017. The State Department rules state that political appointees cannot take their social media accounts with them when they leave their post. Instead, these accounts are to be archived.

Haley, who stepped down from her position at the first of the year, seemed disappointed to have to relinquish her account, which she had long before being appointed ambassador to the UN.

Due to State Dept rules that were changed by the outgoing administration, I have had to clear my personal Twitter account that I have had for years. The followers, the history, the pictures, and all other content. Please refollow and retweet this to your friends. Here’s to 2019!

As stated, it sounded like she was required to delete her account, which caused some confusion. However, it is still available; she just cannot use it anymore. Former Obama appointee Eric Columbus cleared this up in a tweet of his own on Tuesday.

"Perhaps Haley caused the confusion by saying she had to 'clear' her old account rather than just relinquish control of it for archiving," said Columbus. "Indeed, the @AmbNikkiHaley is still there with a note that she can now be found elsewhere."

According to the rules (10 FAM 181) set forth in the Foreign Affairs Manual appointees are supposed to use accounts created by the State Department for official government communications. If they use their own personal accounts for any public-record related posts, they must surrender it upon leaving office.

Haley’s account had 1.67 million followers when she gave it up. Her new personal account already has gained 157,000 followers in less than two days.

Her archived tweets can still be viewed on Twitter.

"Thanks Obama". I though that was way out of date. I was wrong, since this is due to an Obama era rule forcing a change to political appointees that in many ways is pointless, since elected folks can still use their old Twitter account.

You "must" surrender your document, unless your last name is Clinton, then you can have it on a personal server, delete it and then know nothing how it got deleted & of course have the news media cover for you.
Reactions: senketsu and Paulos7
P

This is news? It sounds like she was made aware of this when she took the job, but chose to use her personal account anyway. Oh well.
Reactions: TadMSTR, Evernessince and onestepforward

p51d007 said:
You "must" surrender your document, unless your last name is Clinton, then you can have it on a personal server, delete it and then know nothing how it got deleted & of course have the news media cover for you.
Click to expand... 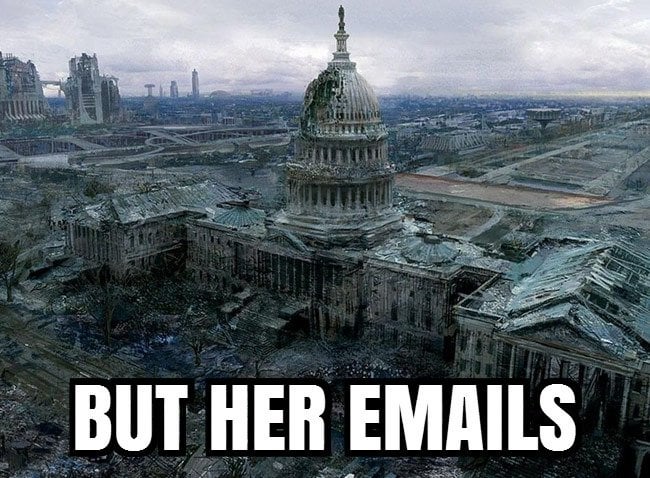 Investigators must be very incompetent, including gowdy and other republicans, but if I'm not mistaken they've investigated Clinton more then a handful of times and come up with NOTHING. All you're repeating are tabloid rumors with zero facts behind them.

On topic, I see nothing wrong with wanting to preserve the official record. All the Obama era rules did was extend existing archiving laws to new digital mediums. It's Haley's fault entirely for not doing her due diligence and making an official account. Pure laziness and ended by putting the blame on someone else.
Reactions: TadMSTR and mbrowne5061

There was no need in taking her account to archive the past. This article simply tells me they have no idea what they are doing.
You must log in or register to reply here.

Ubisoft deleted this user's account along with his games for inactivity to comply with...
2