You wouldn’t think that a game called “No Man’s Sky” could get into legal trouble over its name. After all, it’s not as if someone could claim to own any of those three words. It seems, however, that UK television broadcaster Sky TV disagrees.

Hello Games’ Sean Murray Tweeted that the developer had finally settled with the company, which is owned by 21st Century Fox, over the use of the word "Sky." He said the “secret stupid legal nonsense” had been dragging on for the last three years.

If the case had resulted in the upcoming space adventure title being forced to change its name, it wouldn’t have been the first time Sky had taken such action. In January 2014, the corporation won a trademark battle with Microsoft that saw the Redmond firm change its online storage platform from SkyDrive to OneDrive.

This is the same folks who made Microsoft change Skydrive to Onedrive... so it was pretty serious

The broadcaster also takes issue with the name Skype. In a case that has raged on since 2005, an EU court ruling last year said that Microsoft couldn’t register a trademark for Skype's name and bubble-design logo in the region because the public may confuse it with the Sky TV brand.

Last month, it was announced that No Man’s Sky was being delayed by two months because there were “some key moments [that] needed extra polish.” It’s now speculated that the legal case was the primary reason the game’s release date was moved from June 21 to August 9. Both Murray and Kotaku reporter Jason Schreier received death threats after the delay was revealed.

Developers claim that No Man’s Sky’s clever algorithms will allow 18 quintillion procedurally generated planets to appear in the game, theoretically giving it more content than any other title in gaming history. From what we’ve seen so far, it’s looking pretty amazing, but we’ll have to wait until August 9 to find out if it lives up to the hype.

Wow, haven't heard of sky tv and after this never will. Hope they go bankrupt so I can look at the sky™ without the ™.
Reactions: Capaill, Reehahs and gingerpower121
D

alabama man said:
Wow, haven't heard of sky tv and after this never will. Hope they go bankrupt so I can look at the skyâ„¢ without the â„¢.
Click to expand...

Bet you know of Rupert Murdoch though?
R

Sky sponsor's a World Tour cycling team. From articles they likely have the biggest budget in professional cycling. They obviously have some very deep pockets as the saying goes. So deep another team owner the Russian billionaire Oleg Tinkov said they were buying the services of so many good riders the Sky team would dominate (good for them) but it would kill the game (since no one else has the cash to offer up and thus can't compete making it uninteresting). They essentially are British cycling 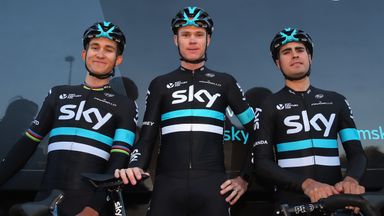 The Reason Microsoft changed it's naming of SkyDrive to OneDrive was because Sky sued them.

Edit: Only just got to sit down and read the article, turns out this was already mentioned
Last edited: Jun 20, 2016
Reactions: Reehahs and Tosikko

TS Special Forces
If you ask me it's ridiculous that they could have such a stranglehold on the word Sky. I could see if it was used as Sky Gaming or Sky Video but the fact that this could even be taken in to consideration doesn't make any sense to me.
T

A trademark system actually living up to expectations. That's a breath of fresh air.


Burty117 said:
The Reason Microsoft changed it's naming of SkyDrive to OneDrive was because Sky sued them.
Click to expand...

I hate that I find this hilarious.
Reactions: Reehahs and Burty117
T

Sky TV is famous in Europe. It's been around a long time. The US have no idea who they are unless you lived their or were in the military.
Skype is world famous, how could any country get that confused with Sky TV, that's pure bs. I don't buy that for one second since my own family use it to talk with family members in England and they know wtf skype is cause they are using it.
Reactions: Reehahs
H

I thought the program was a TV guide for Rupert Murdick's Sky(TM) TV network?
T

They received death threats? are these people serious it's just a game not real life and the fact that game release dates can get shifted at any time people need to take a deep breath and keep going.
You must log in or register to reply here.