Big quote: "In 2020, we produced and delivered half a million vehicles, in line with our most recent guidance," reads Tesla's briefing. "In addition, Model Y production in Shanghai has begun, with deliveries expected to begin shortly." Tesla was battered by an onslaught of challenges in 2020, but still broke through the half a million barrier – or almost broke through it, depending on how it's counted. Last year, they produced a total of 509,737 cars and delivered 499,550. They do say their counts are conservative, though, because not all the paperwork has gone through.

So proud of the Tesla team for achieving this major milestone! At the start of Tesla, I thought we had (optimistically) a 10% chance of surviving at all. https://t.co/xCqTL5TGlE

For Tesla, the future is promising. Development of the Cybertruck, semi-trailer, and the next-generation Roadster is nearing completion. The Shanghai Gigafactory is dialing up production.

They’ve been growing like crazy, and are bound to smash through 1m vehicles/year. Their Chinese factory is one year old now and they have two more under construction in Austin, Texas and Berlin, Germany. They'll probably continue to announce 1-2 factories per year and start to grow at a more linear rate of 500k-1m vehicles per year instead of at an increasing rate like they have been: 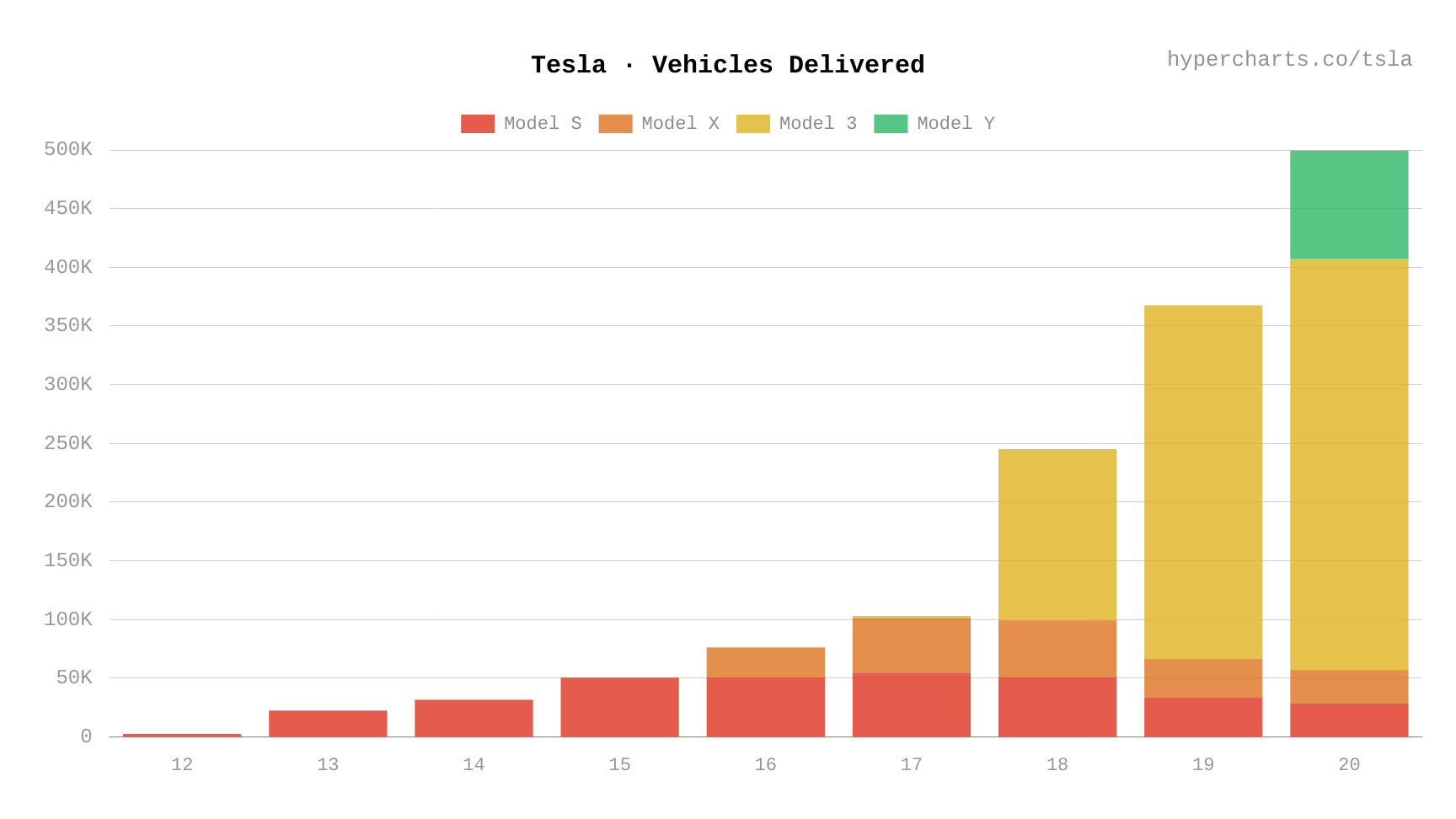 Trouble is we are getting to the point now when everybody is making EV's...
They will soon be just one player in a suddenly very large pool.
Not saying they won't, but I wonder if they will continue to succeed?
You must log in or register to reply here.