What just happened? With the price and rarity of Ampere graphics cards getting close to that of gold, the RTX 3000 series is becoming an enticing target for criminals. So, it’s not totally surprising to learn that a shipment of EVGA GeForce RTX 3000-series cards was stolen from a truck as it made its way to a distribution center. The heist, which took place on October 29, was announced by EVGA Product Manager Jacob Freeman via the company’s forums (as reported by IGN). He didn’t reveal too many details about the crime, likely because it’s an ongoing investigation, though he did confirm the truck was en route from San Francisco to EVGA’s Southern California distribution center at the time.

It sounds as if the thieves made off with most of the Ampere lineup. Freeman added that the stolen cards’ values start at $329.99— likely the RTX 3060—and go all the way up to $1959.99—the RTX 3090. These are MSRPs, so the actual selling prices would be a lot higher. How many were stolen wasn’t revealed, but it will doubtlessly have been a large number. Would you go to jail for the EVGA RTX 3090 FTW3 ULTRA HYBRID GAMING? Probably.

Anyone who purchases a very new-looking EVGA card from a second-hand market can confirm it’s not stolen by checking the serial number at the company’s warranty check page. Additionally, the card is genuine if it can be successfully registered and seen under My Products. EVGA will not register or honor any warranty or upgrade claims on stolen products.

Average selling prices of the RTX 3000 and Radeon RX 6000 series. No wonder thieves want them.

A recent report illustrates the sad truth that Ampere and RDNA 2 cards are becoming ever more expensive and harder to find; AMD’s products are close to their peak price. Their scarcity and amount of money needed to secure one mean more cards are appearing on the black market, but don't be tempted to buy one.

This isn’t the first case of RTX 3000 cards being hijacked. Forty containers of RTX 3090s that were worth over $330,000 were stolen from an MSI factory in China last December in what is believed to have been an insider job.

Funnily enough cartons of cigarettes are still better in NZ - a pack now selling at US$20- so $200 a carton ( I think 10 in a carton - never smoked ) -the sale for about 75% of full retail .
Title a bit misleading thousands of dollars - so 2 cards . more 100 thousand plus

Crypto miners on suicide watch all over the world.
Reactions: TheRealSCDC and psycros

People are prepairing for BF 2042

Thousands of Dollars worth ? So two to three cards then ?
Reactions: Draconian, Stark, mbk34 and 8 others
T

Thousands of dollars worth of EVGA RTX 3000 cards
Click to expand...

This is a joke, right? A single EVGA RTX 3000 card is worth thousands these days.

I picture a modern-day criminal sniffing coke off an RTX3090.
Y

VitalyT said:
This is a joke, right? A single EVGA RTX 3000 card is worth thousands these days.
Click to expand...

Best perf/value I have ever seen

Best perf/value I have ever seen

I wonder if the heist was conducted by criminals in 3 Honda civics with green neons.
Reactions: sickb0y, Hexic, Shadowboxer and 4 others
E

Sausagemeat said:
I wonder if the heist was conducted by criminals in 3 Honda civics with green neons.
Click to expand...

Sausagemeat said:
I wonder if the heist was conducted by criminals in 3 Honda civics with green neons.
Click to expand...

Dominic Toretto and Letty would be proud
Reactions: Sausagemeat

Nobina said:
Crypto miners on suicide watch all over the world.
Click to expand... 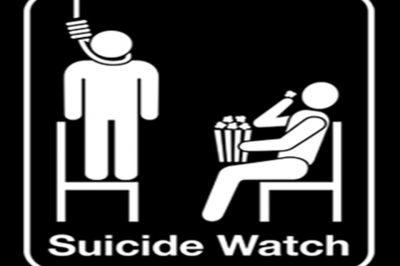 oh ok, because I'm pretty sure these criminals selling the cards on marketplaces are putting "this was stolen" in their description.
Reactions: Jimster480 and kragenn

At least it wasn't the Polishing Cloths.

Really though, in moving around what is more likely millions of dollars of cargo, don't they at least hide some AirTags or more specialized security versions? If this was say a shipment of gold or diamonds would they really just load it into a single truck and hope for the best?
D

First. It is your fault (EVGA GeForce Ceo), not my fault, nor other custumers, if your truck get robbed. As a consequence of this, you have no moral right to "dont honor any warranty or upgrade claims on stolen products." I'm just a custumer that buy a product, I dunno if it was stolen and it is written nowhere when I buy, that I have to check the serial code of a product on your website... for a mistake that "you" did.

third, "criminal and civil offense". To which civil behaviour are you referring to? Today a lot of companies, expecially bigger ones, tend to do not respect any civil right and morality. And what it sadden me the most is that "civil rights" are mostly used as an excuse to obtain your own personal profits. This happens everywhere.
Last edited: Nov 4, 2021
Reactions: Jimster480
T

Man, of all the AIB partners for this to happen to.

Well, isn't this grand in our current environment. I hate thieves!

Nobina said:
Crypto miners on suicide watch all over the world.
Click to expand...

Or they are responsible for the theft and are mining on them as we speak.
Reactions: Nobina and psycros

It's only specifically against California law, if you buy ir in CA, the state where the original crime was committed. If you cross a state border, then the fed gets involved, and I've heard they've gotten the hang of using "TOR", and the dark web.

Obviously an inside job. Should be a fairly short list of suspects, especially once you apply intelligent profiling.

Are we really surprised? Prices are insane, then it becomes attractive to risk jail time for serious profit.
T

Irata said:
Thousands of Dollars worth ? So two to three cards then ?
Click to expand...

No, 1 card. Stole out of a Kia Soul. Card worth more than the car.

I am not a lawyer, but I have been through something like this.

Free advice from what I learned - use a credit card (not a debit card) in any transaction involving possibly stolen video cards - then check with manufacturer to confirm it is a legit video card - report it immediately if not and contact credit card issuer to reverse the transaction - also try to contact the seller as he may have bought stolen goods himself - follow up with writing to everyone (especially card issuer, EVGA, etc) - keep copies - use USPS (Certified or Registered mail).
Reactions: cliffordcooley
You must log in or register to reply here.