The sad state of mics is holding back Siri and Alexa Apple, Amazon.com, Google, and Microsoft are among the companies trying to get you talking -- to your phone, to your TV remote, to the funny-looking speaker on your desk. Amazon’s Alexa can order a cookbook and Apple’s Siri can set an oven timer for the cake, while Google’s Home silences the smoke alarm and Microsoft’s Cortana texts party guests to bring a dessert, all via voice commands. It’s impressive right up until the virtual assistants start responding with a familiar chorus along the lines of: “I’m sorry, I didn’t get that.” Bloomberg

John Ellenby, visionary who helped create early laptop, dies at 75 John Ellenby, a British-born computer engineer who played a critical role in paving the way for the laptop computer, died on Aug. 17 in San Francisco. He was 75. His son Thomas confirmed the death but said the cause had not been determined. Mr. Ellenby's pioneering work came to fruition in the early 1980s, after he founded Grid Systems, a company in Mountain View, Calif. As chief executive, he assembled an engineering and design team... The NY Times

Augmenting the FPS: How well does Tobii track your gaze in a video game? During Ars' review playthrough of the latest adventure in the Deus Ex series, I spied a curious option tucked into its Windows menus: "Tobii eye-tracking." None of Square Enix's press materials mentioned such a thing, which seemed strange for a series that revolves around human augmentation and sci-fi upgrades. Eye-tracking in an FPS? Sounds like some futuristic stealth-spy stuff! Ars Technica

Solving network congestion There are few things more frustrating than trying to use your phone on a crowded network. With phone usage growing faster than wireless spectrum, we’re all now fighting over smaller and smaller bits of bandwidth. Spectrum crunch is such a big problem that the White House is getting involved, recently announcing both a $400 million research initiative and a $4 million global competition devoted to the issue. MIT

New microchip demonstrates efficiency and scalable design Princeton University researchers have developed a new computer chip that promises to boost the performance of data centers that lie at the core of numerous online services such as email and social media. The chip -- called "Piton" after the metal spikes driven by rock climbers into mountainsides to aid in their ascent — was presented Aug. 23 at Hot Chips, a symposium on high-performance chips held in Cupertino, California. Princeton

Amazon's bet on Twitch was ahead of its time In 2015, Twitch viewers watched more than 459,000 years' worth of live streaming videos that mostly featured people playing video games. That amounts to 5,800 average American lifetimes spent on social interactions around games. Outsiders, including many members of the press, struggled to understand how watching gamers game could be entertaining. So when Amazon snapped up the live-streaming site Twitch two years ago, the reaction was not all positive. Backchannel

The guy with the lowest possible rank in Overwatch It's possible to hit rank zero in Overwatch’s competitive mode. Dale "Bacontotem" Brown knows. He's done it. There's a caveat, though: it takes a hell of a lot of work. Overwatch's first competitive season's skill rating system graded people on wins/losses and their personal performance. Each player received a number somewhere between 1 and 100. Most players ended up between 40-50, the middle of the pack. Of course, nobody was content with their ranking. Kotaku

Why China won't own next-generation manufacturing After three decades of dramatic growth, China’s manufacturing engine has largely stalled. With rising salaries, labor unrest, environmental devastation and intellectual property theft, China is no longer an attractive place for Western companies to move their manufacturing. Technology has also eliminated the labor cost advantage, so companies are looking for ways to bring their high-value manufacturing back to the United States and Europe. The Washington Post

The iBrain is here Three years earlier, Apple had been the first major tech company to integrate a smart assistant into its operating system. Siri was the company’s adaptation of a standalone app it had purchased, along with the team that created it, in 2010. Initial reviews were ecstatic, but over the next few months and years, users became impatient with its shortcomings. All too often, it erroneously interpreted commands. Tweaks wouldn't fix it. Backchannel

Here's the tech NBC built to stream the Olympics -- now can it replace TV? For NBC, this year’s Olympic Games coverage was more than just a series of household rating points; it was a moment of truth in a fast-changing media world. To say the network won silver in prime-time television ratings would be kind: no matter which article you read, it points out that ratings were down by double digits at different points throughout the games. To say the network took home the gold in streaming video would also be an overstatement... The Verge

Domino's delivers pizza by drone in New Zealand Domino's demonstrated its ability to deliver food via a drone Thursday in New Zealand and plans to test actual deliveries to customers next month. "It doesn't add up to deliver a two kilogram package in a two-ton vehicle," said Scott Bush, a general manager for Domino's Pizza Enterprises, which is independent of the U.S. chain and operates in seven countries. "In Auckland, we have such massive traffic congestion it just makes sense to take to the airways." CNN 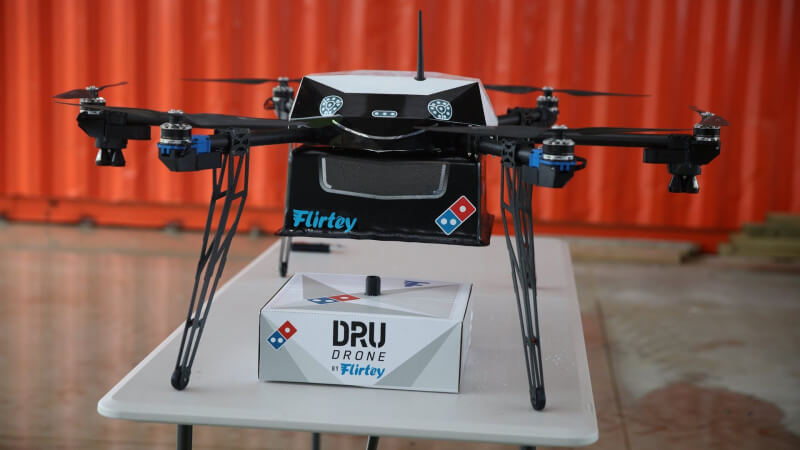 I don't need no stinking API -- web scraping in 2016 and beyond Social media APIs and their rate limits have not been nice to me recently, especially Instagram. Who needs it anyway? Sites are increasingly getting smarter against scraping / data mining attempts. AngelList even detects PhantomJS (have not seen other sites do this). But if you are automating your exact actions that happen via a browser, can this be blocked? Francis Kim

Browsing your website does not mean I want your spam I recently fell down a deep dark hole on the internet. It began by researching a part for my central air conditioning but ended up with me stumbling upon a terrible development in modern advertising: spam driven by my browsing habits. If that sounds like a privacy invading hellscape you’d like to avoid, read on, dear reader. Medium

Kim Dotcom claims revived Megaupload will run on bitcoin micropayments The controversial entrepreneur Kim Dotcom said last month that he was preparing to relaunch Megaupload, the file-sharing site that U.S. and New Zealand authorities dramatically shut down in 2012, with bitcoins being involved in some way. Now we know more. Fortune