Apple admits to webcam issues in its $1,600 Studio Display monitor, says fix is on the way

In context: Apple's recently unveiled $1,600 Studio Display might be a lot cheaper than the $5,000 Pro Display XDR, but it's still one of the more expensive consumer monitors on the market. As such, and given Apple's impressive record in the camera department, you would expect the integrated webcam to be pretty good, yet reviews say otherwise. Apple unveiled the Studio Display, a 27-inch 5K retina screen monitor with a resolution of 5120 x 2880 (218 PPI), last week. Reviews have been mostly good, despite the 60Hz refresh rate and lack of HDR, though there's one area that everyone agrees is disappointing: the built-in webcam.

Input writes that The Verge, Gizmodo, and The Wall Street Journal all highlighted the Studio Display's 12-megapixel webcam with an f/2.4 lens as being substandard. The Verge's Nilay Patel writes that the video "looks awful in good light and downright miserable in low light. I've tried it connected to the Mac Studio and on my MacBook Pro running macOS 12.3, and on both machines, it produces a grainy, noisy image with virtually no detail."

WSJ's Joanna Stern was just as damning in her verdict of the camera. "How is the image quality? Not good. Actually, bad," she said in her video review. Gizmodo's Phillip Tracy noted that skin appeared too smooth, the image was noisy, and video calls appeared washed out.

The Studio Display's "iPad-level" camera—as well as its audio and software features like Center Stage—is powered by the same A13 Bionic processor found in the iPhone 11 yet produces grainier images.

Apple did admit that the webcam system is "not behaving as expected," and it will be making improvements in a software update. Exactly what those entail, when the update arrives, and how much difference it makes is unclear.

Another caveat potential purchasers of the Studio Display may want to consider is that the ability to raise and lower the monitor will cost an extra $400, really.

Yep, the all too typical "sell it today, fix it tomorrow" philosophy at Apple ..... at least that's one thing you can depend on!!!
Reactions: p51d007 and psycros

Is it normal for studio grade monitors like this to have a webcam? I’ve never seen a desktop monitor with a webcam built in.

Still, when you’re paying this much you shouldn’t have to put up with these sorts of issues. At least it’s made by Apple and you know it will get addressed.
Reactions: psycros
T

Sausagemeat said:
Is it normal for studio grade monitors like this to have a webcam? I’ve never seen a desktop monitor with a webcam built in.

Still, when you’re paying this much you shouldn’t have to put up with these sorts of issues. At least it’s made by Apple and you know it will get addressed.
Click to expand...

Although sold as a studio monitor, the general consensus is that this is basically a 5K iMac screen with slimmer bezels (plus the other changes/additions), perhaps explaining the webcam.

A new Apple product with an issue?
Shocker.
Reactions: p51d007

I just want an Android tablet with the same screen ratio as an iPad. Is that so much to ask?

Stand adjustability problem solved problem solved for $29.95 @ Amazon https://www.amazon.com/MOUNTUP-Sing...jbGlja1JlZGlyZWN0JmRvTm90TG9nQ2xpY2s9dHJ1ZQ== It's probably too pedestrian for the average iSheep, but fess up, wouldn't you rather have the $370.00 cash difference? 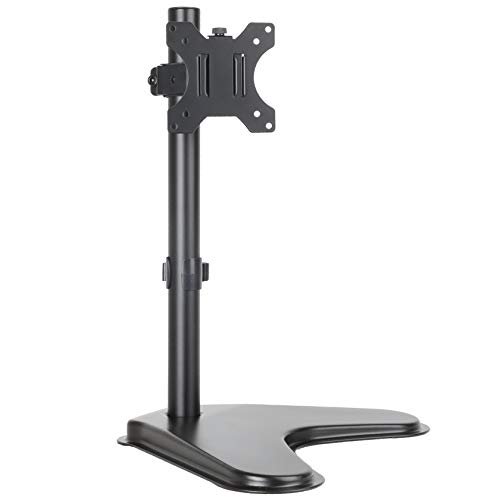 It's not a bug/defect. You are holding it wrong. (or in this case LOOKING at it wrong).
Reactions: terzaerian
You must log in or register to reply here.