The big picture: U.S. President Joe Biden is putting pressure on Russian President Vladimir Putin to act on ransomware groups operating in Russia, even suggesting that the United States is prepared to respond if cyberthreats aren't stopped. The exchange between the two world leaders came in an hour-long phone conversation, which marked the first time Biden and Putin had discussed the ransomware attacks since Geneva's summit in June.

Biden told reporters, "I made it very clear to him that the United States expects, when a ransomware operation is coming from his soil even though it's not sponsored by the state, we expect them to act if we give them enough information to act on who that is."

He added that the two governments have now established a method of regular communication "when each of us thinks something is happening in another country that affects the home country." Biden added: "And so it went well. I'm optimistic."

That being said, Biden is indeed hopeful that such measures won't be required. With another meeting between the pair scheduled for July 16, he told reporters: "I believe we're going to get cooperation."

With Russian ransomware attacks only getting worse, let's hope this will be the case.

“Biden attempts to dismantle the Kremlin with wet noodle.”

Just words.. that’s all they’ll ever be.
Reactions: Reehahs, sethiol, Godel and 5 others

The US certainly has the ways and means but how and when to pull the trigger is a very, very delicate situation. Biden could offer to disable the hackers, with Putin's approval, suggesting some well placed tomahawk missiles could remove the problem ... and see what Putin's counter offer is. Since the latest revelations indicate this is coming out of their intelligence service it could be quite a sticky situation and as has been noted by a number of our own intelligence services, the US is already at a state of war with Russia, it's just not yet a shooting war .....
Reactions: Knot Schure and Bl00dyMinded
K

This is laughable. Why would Putin order his people to chase Russians for Biden's pleasure? US has no sanctions left to put on Russia anymore, now they want favors? LOL
Reactions: Danny101, Reehahs, sethiol and 5 others

Putin tells Biden: I already acted! Who do you think sent them in the first place?
Reactions: Danny101, sethiol, Godel and 4 others

And what's USA gonna do? Build a giant firewall around Russia?
But ofc, if USA hands out enough gold bars again, Russia will surely comply to anything.
Unless attacks from Russia is yet again just a lie from USA to feed the century old "Good USA vs Evil Russia" propaganda.

After the phone call, Putin and his staff all look at each other. <Laughter fills the room>
Reactions: Godel, hybird9012, Dimitrios and 1 other person
3 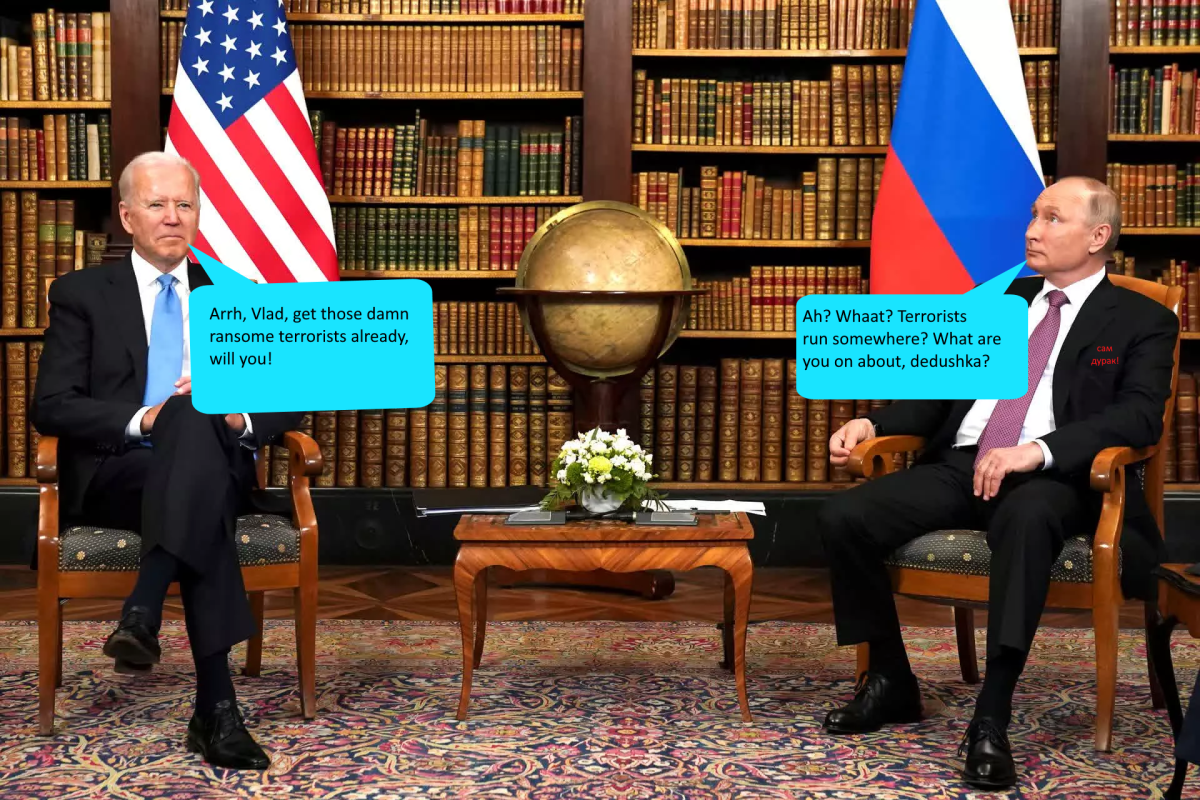 Biden probably thought he was talking to somebody else. He's out mentally.
Reactions: Reehahs, Ludak021, Dimitrios and 1 other person

TechSpot Elite
What's funny is it seems that Putie is better liked in America that he is in Russia.
That is because of the trumpanzees though so, not all that serious. They love Russia now.
Last edited: Jul 10, 2021
Reactions: Mr Majestyk and 3volv3d

Ludak021 said:
This is laughable. Why would Putin order his people to chase Russians for Biden's pleasure? US has no sanctions left to put on Russia anymore, now they want favors? LOL
Click to expand...

That is the sad part, it's a Wag the Dog moment for this administration.
Putin and the Russians have been working to stop hackers, including complying with extradition. He is on the same page no government wants encryption locked data and hostage situations of critical infrastructure.
State sponsored however is a pissing match, everyone is doing it to a level, China and North Korea being the worst offenders.Russians swear we are doing it to the US states they are doing it to us.

TechSpot Elite
As long as cryptocurrency exits these kind of attacks will not stop. It will only get worse.
You must log in or register to reply here.

President Biden will reportedly meet with Cook, Nadella, and other tech leaders to discuss...