Back in April, Facebook brought in new tools that allowed users to flag “non-consensual pornography.” Photo-matching algorithms would then prevent the images from being reposted.

The new system could ensure that the photos don’t make it onto the site at all. The Australian Office of the eSafety Commissioner announced that Australia was one of four countries participating in the limited global pilot, along with the US, UK, and Canada.

In the Australian pilot, those worried about their compromising photos appearing on Facebook must first fill out an online form explaining their concerns. They will then be asked to send the image(s) in question to themselves via Messenger. The e-safety commissioner’s office will notify Facebook of the submission, at which point the site's community operations team will assign it a digital fingerprint, or hash. Facebook’s image recognition AI will be able to prevent the same image from being uploaded to the social network.

"We see many scenarios where maybe photos or videos were taken consensually at one point, but there was not any sort of consent to send the images or videos more broadly," e-Safety Commissioner Julie Inman Grant told ABC. “They're not storing the image. They're storing the link and using artificial intelligence and other photo-matching technologies. So if somebody tried to upload that same image, which would have the same digital footprint or hash value, it will be prevented from being uploaded.”

The pilot works in a similar way to the system introduced in April, though it should be able to block the images before they appear on Facebook—not after the fact.

The pilot does require people to possess copies of the images, and despite Facebook’s assurances of privacy, it's likely that not everyone will be comfortable with the process.

I can do the same thing, just send me nudes. Only if you're a girl tho.
Reactions: lostinlodos, davislane1, JaredTheDragon and 2 others

Nobina said:
I can do the same thing, just send me nudes. Only if you're a girl tho.
Click to expand...

I'll see if I can convince Big Bertha and 10 Ton Tess to do that for you.

FB's trying to be creative again, maybe just a little too creative for their own good.
Reactions: bolski

TechSpot Elite
This, obviously, can only end well.
Reactions: JamesSWD and senketsu

Nobina said:
I can do the same thing, just send me nudes. Only if you're a girl tho.
Click to expand...

TechSpot Elite
It would be hilarious if people send common things like a dog or a spoon.
Reactions: lostinlodos

Speechless .... absolutely speechless ..... I could send them a picture of my shaved cat ......
Reactions: lostinlodos

The answer to this problem is easy... STOP TAKING PHOTOS OF YOURSELF NAKED!!!

And don't let your partners do it either!!!!

Anyone taking a digital photo should always be thinking - "Do I want 100 million people seeing this?" If the answer is "NO" - then GET RID OF IT!! 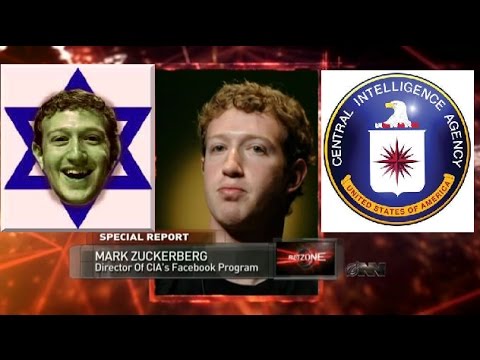 yeah, but only the good looking ones! lol

So to prevent them from being on the internet.... upload it to the internet? Makes sense... SMH
How about don't take the pictures at all?? Maybe that's too much common sense?
Reactions: cliffordcooley and JaredTheDragon
C

I wonder how many people applied for a position on the project.

Wow. Really Mark? Are you that much of a perv?
Reactions: Brad D Bubolz
R

Won't the hash be different if someone applies a filter to the image? Just throw on an Instagram filter and the hash value should be completely different than the original and it won't be "caught"....?

Are nude images allowed on facebook in the first place ? If not, problem solved.
K

RandomGuy123 said:
Won't the hash be different if someone applies a filter to the image? Just throw on an Instagram filter and the hash value should be completely different than the original and it won't be "caught"....?
Click to expand...

You beat me to the post. These were my thoughts exactly. The whole purpose of hash checks are in it's incredible abilities to detect a single byte change in a file. Theoretically, you could probably change a single pixels color in an image editing program and re-save to alter the digital fingerprint (hash) or whatever they're calling it.

I've never tried this but now I am tempted too. But I'm lazy. I'll post back on this experiment unless someone beats me to it ... again.... hint, hint.

My prediction for the success of this on Facebook: FAIL!

**UPDATE/EDIT**: Okay, I guess I'm not as lazy as I thought or this was just something a lazy person could do. I made a copy of an image I had on my PC and changed 1 pixel using Microsoft's Paint program. I went back and did a SHA-1 comparison and it FAILED!

So, yeah, how smart people think this could actually work for over a thousandth of a second is beyond me unless they have a super secret hashing algorithm that is going to do more than just a hash check. I just can't see it working.

One thing they *could* do, is to slice the image up into X number of pieces (let's say 100) and perform hashes on all those pieces and do the same for any uploads to the server. That way they could restrict uploads in the case of a 99% probability (99 matching hashes out of 100) that it matches a restricted image in the database. Then they could spot small changes, like my single pixel experiment, but man, when you talk about things like applying filters even this idea would appear to fail.
Last edited: Nov 8, 2017
Reactions: Capaill, Reehahs and JaredTheDragon

When lack of personal responsibility & morals have so completely eroded, that FB is now trying to be more responsible than you.

ShagnWagn said:
So to prevent them from being on the internet.... upload it to the internet? Makes sense... SMH
How about don't take the pictures at all?? Maybe that's too much common sense?
Click to expand...

I was wondering if I was the only one to see irony in this.

Upload your nudes. Facebook will personalise advertisements/medical/dietary advice based on your uploaded nudes. If you wish to opt out of this feature go to privacy settings, and turn on the option: 'I'm not a total muppet'
Reactions: Brad D Bubolz

Reactions: cliffordcooley
You must log in or register to reply here.