Samsung's 'Bot Handy' can put away dishes, set a table, and pour drinks for you

AI assistant: It's that time of the year again: CES, the annual event that lets tech companies unleash a deluge of wild, innovative, creative, and sometimes downright silly ideas on the general public. For example, one of Samsung's latest CES reveals is a handy robot -- which is appropriately known as Bot Handy -- that wants to be your own personal AI-powered housekeeper. Sound a little far-fetched? Well, so are many of the other CES inventions we see every year. So, let's put realism to the side and dig a little deeper into Bot Handy's stated capabilities.

First of all, according to Samsung, the bot uses "advanced AI" to recognize and pick up objects of "varying sizes, shapes, and weights." This enables Handy to clean up messy rooms, put away groceries, set a table, or even carry dishes from the sink to the dishwasher.

Samsung even shows Handy pouring a glass of wine, which could be helpful if you're watching a dramatic moment unfold in a show or sports game.

The bot is relatively slow-moving, as you'd expect, but it more than makes up for that by fully automating household chores many of us would rather not do.

Again, we must emphasize that it's not always a good idea to take CES reveals at face value. While Samsung does claim to have this technology working in its own test settings, that doesn't mean we're all going to be able to go out and buy one of these household bots anytime soon -- as much as we might like to.

Regardless, Bot Handy is an exciting glimpse of AI's future, and it gives us an idea of what Samsung is working on behind-the-scenes. Hopefully, the company can make this tech a reality sometime in the next decade.

The jetsons are about to become a reality? Nice
Reactions: 0dium 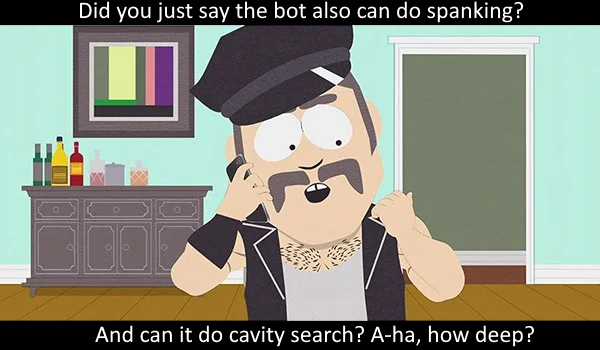 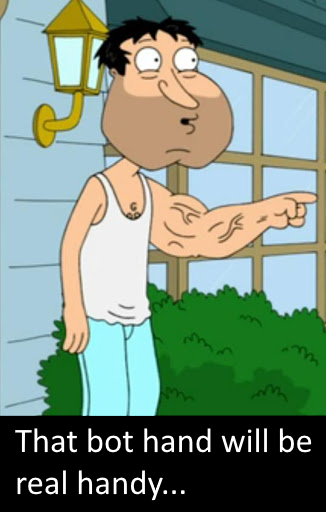 TechSpot Elite
The big question for me is, where does it keep its brain? If it is in the robot itself, great. If it is "in the cloud" then I will pass.
Reactions: Vanderkaum037 and Reehahs
N

Will it run over kids and pets?

It's a nice chat but I'm betting the Boston Robotics is going to have some much more impressive units, not to mention being a pretty good dance pardner too!

Get a missus instead.
M

Literally none of what they just talked about has anything to do with AI. Determining an object's size, shape, and accounting for its weight are all problems solved with closed loop controls - not machine learning. Ditto for pouring a drink. Maybe they used some machine learning to help determine the coefficients of a loop, or maybe even determine when to switch between different control methods, but there is zero reason to run AI on a robot like that.
You must log in or register to reply here.