The Chinese scientist behind the development of the world’s largest cloning factory in Tianjin, China, claims that the facility possesses the technology to clone humans. He added that the only thing holding them back from cloning a person is the fear of how the public would react to it.

The giant cloning factory, which is due to open within the next seven months, is backed by Boyalife group in collaboration with South Korean company Sooam Biotech Reseach Foundation. It plans to be cloning 1 million cows a year by 2020, and also aims to clone other animals such as racehorses and police dogs. "Everything in the supermarket looks good – it’s almost all shiny, good-looking, and uniformly shaped. For animals, we weren't able to do that in the past. But with our cloning factory, we choose to do so now," Boyalife CEO Xu Xiaochun told AFP.

Sooam has already been developing ways of cloning wooly mammoths and deceased pets – a particularly lucrative business for the company, with some owners reportedly willing to pay up to $100,000 to get their beloved animal back, even if it is a clone. The two companies are also planning to work together with the Chinese Academy of Sciences for the development of primate clones.

Cloning monkeys is just one step away from human cloning - something that Xu believes his company could achieve. "The technology is already there. If this is allowed, I don't think there are other companies better than Boyalife that make better technology,” he said. Xu stressed that the firm is not currently carrying out any human cloning activities, but said that “human values can change.”

Xu wants to assure the public that they have nothing to fear when it comes to cloning technology: "We want the public to see that cloning is really not that crazy, that scientists aren’t weird, dressed in lab coats, hiding behind a sealed door doing weird experiments."

There are different opinions when it comes to the whether cloned beef is safe for human consumption. The US Food and Drug Administration says it is, but the European parliament disagrees and has backed a ban on cloned animals and produce in the food chain, reports the Daily Mail.

In all fairness, I don't think this industry will be ruled by the public opinion. Demand in the private sector will dictate the development.
Reactions: Myk61088 and Reehahs
I

There are different opinions when it comes to the whether cloned beef is safe for human consumption.
Click to expand...

It's a clone. By definition it is genetically identical to the original. If the original was safe, therefore so is the clone.

I think the debate is not about whether it is "safe to eat", but rather if clones will produce an undue burden on the environment. Similar debate around GMOs - we don't incorporate strands of DNA into our own cells when we eat it (our enzymes in the small intestine break down the DNA strands to re-use the nucleotides for our cell growth, but entire sequences are not kept in-tact and definitely not incorporated into our own DNA), but a GMO has some advantage that might cause a shift in natural selection (I.e., more pest resistance). Like-wise, cloning might create more animals than can be supported leading to inhumane conditions or poor-quality products.
Reactions: Reehahs
R

yes they are!
Reactions: Techman3
T

The whole idea of cloning humans is totally bizarre. End of story.
Reactions: didactic and dms96960 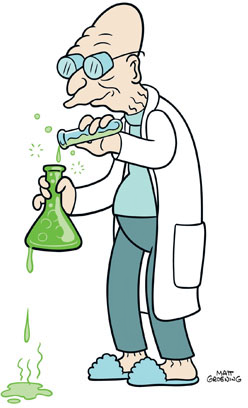 Here I was thinking the human population was getting crowded. Why would we increase numbers by cloning?

Absolutely cliffordcooley!
I guarantee this is where human cloning will end up - creating perfect spare parts.

And exactly when did the Chinese ever give a hoot & a holler about what anyone else things? Sounds like more brag than reality ... after all, here's a perfect opportunity for them to fill all those empty cities they have built! ROFL
T

I almost agree with clifford, but wouldn't you like to have cloned someone like jesus or einstein? Of course, they'd put jesus to death again. We'd learn so much about genetics and how life was actually created or evolved. This is really something. By the way, my eye procedures (5 total) are finally finished and I can see near without glasses, is that nearsightedness? Thank you for your prayers. The whole thing was likely unnecessary since they dredged the pond out back and left the sediment in the yard. The dust is all over the apartment and could have gotten in my eyes the way single eye drop dilates the pupil. They should have already hauled it off, but it snowed. My mother needs to have one, she's calling it off, so we'll see with her, no pun intended.
Reactions: Reehahs

Please clone at least one human and shut all the naysayers who have been saying its impossible for the last 100 years.
Reactions: Reehahs
T

Where's jurrasic world? I used to go to movies with a guy named steve berg in the 70s.

I have no doubt that human cloning will become legal one day. People strive for any kind of perceived immortality, which is what cloning offers, in a tangible way. We'll start off small, cloning food, organs, pets etc. Once people lose their fear of it, laws will change and humans will be cloned.

Unfortunately, this will take time. The problem, as always, is dumb people. Those who lack the mental fortitude to figure things out on their own will always seek easy answers; hence religion. Watch a few too many horror movies about evil clones and all of a sudden they're evil incarnate. Ridiculous.

I'm an atheist and therefore consider myself a progressive human being. In my mind, the benefits of cloning far outweighs the risks, which are largely theoretical, and - for the most part - plain stupid. Who wouldn't want to raise their own Minime?
Reactions: didactic and Reehahs
R

This might be the weird fantasy side of me but everyday it seems that this world gets closer to the stereotypical dystopian society that you see in books and movies. The thing is, it always comes to a crashing end.
Reactions: MonsterZero

Don't tell cloned people: GO f*** yourself, they will take it literally.
D

There is much research into growing meat in vitro (wikipedia.org/wiki/In_vitro_meat) so using cloning technology for cows/sheep/etc. will be moot soon (as it creates too much greenhouse gas and inefficient way to grow meat). As for humans, CRISPR (wikipedia.org/wiki/CRISPR) is making strides daily throughout the many labs it's in so creating a clone right now is premature. CRISPR's genetic findings and fixes will mean advancements in future humans. Making clones of 1.0's when there's a 1.2 or 2.0 version would be nonmarketable. CRISPR edited embryo's is more a reality than cloning.
S

I hope they're never ready to accept it. The child will not have parents. How would you like to grow up with no connection to your parents or grandparents? It's one thing that it happens tragically but it shouldn't be done on purpose.
Reactions: MonsterZero
G

I would rather have a well-programmed robot than a clone any day of the week.

"Clone vs Android Wars" - Sounds like a skit for a low budget film.

RustyTech said:
Absolutely cliffordcooley!
I guarantee this is where human cloning will end up - creating perfect spare parts.
Click to expand...

This is straight out of that movie the Island. It didn't turn out well for them....
R

What is at play here is a desire to accomplish the feat of cloning a human. Humans exult in technological accomplishments such as this because they are feats of power or God-likeness. Opposing this is an utter revulsion to actually doing it, because it would be so bizarrely cruel. (Ask yourself how you would feel towards a clone of yourself, or towards a clone of anyone else you know, for that matter.) It's also patently useless and unnecessary.

Reachable said:
What is at play here is a desire to accomplish the feat of cloning a human. Humans exult in technological accomplishments such as this because they are feats of power or God-likeness. Opposing this is an utter revulsion to actually doing it, because it would be so bizarrely cruel. (Ask yourself how you would feel towards a clone of yourself, or towards a clone of anyone else you know, for that matter.) It's also patently useless and unnecessary.
Click to expand...

Say your family has a serious genetic problem and you want to have kids. But you don't want to adopt or wait for adoption. Hell maybe you just prefer to know what your getting or are aiming at a child that would look like you. Flip through a book of clones and pick one.

Maybe you want a clone of Michael Jordan? Maybe of Einstein? Maybe science\military wants to clone each genius after he dies, before he dies. Maybe make an army of geniuses to solve our greatest problems. If we did make a nation of geniuses, a true eutopia might exist within our lifetime.

Or maybe people prefer to have clone and not risk autism.

p.s. Iv also read about a doctor attempting a brain transfer in 2016 if I remember right. Immortality may also be within our lifetime, at least for the incredibly rich.

p.s.s. I really wish they would clone our brightest I bet they would not have a hard time finding willing parents to raise them. Hopefully they wont decide to take out the inferiors but thats what sells movies, its unlikely in reality. Smart people aren't racist.
Last edited: Dec 4, 2015
S

Stalepie said:
I hope they're never ready to accept it. The child will not have parents. How would you like to grow up with no connection to your parents or grandparents? It's one thing that it happens tragically but it shouldn't be done on purpose.
Click to expand...

Child would have parent(s), why wouldn't he? A parent is someone who is raising him/her. You don't even need to be genetically connected to somebody to really feel like there is someone for you or to look up to them (adoption dooh)
Reactions: treetops
You must log in or register to reply here.