Today, a German court upheld a preliminary injunction which prevents the sale of Samsung's Galaxy Tab 10.1 in Germany. Fortunately for Samsung, the first two patent claims were dismissed; however, this did not change the court's original, overall decision. The court also determined that the ban should extend to the smaller Galaxy Tab 8.9, yet another blow to Samsung from Deutschland.

During a long string of intellectual property disputes between the two companies, Apple filed for a preliminary injunction against Samsung in Germany this August. Apple's complaint was based on its belief that Samsung followed the physical design of the iPad far too closely. The German court agreed with Apple and attempted to ban sales of the Galaxy Tab 10.1 throughout almost the whole of Europe. However, after the Dusseldorf court realized it had overreached its jurisdiction, it narrowed the sales prohibition to just Germany.

In response to the injunction, Samsung tweaked its design with more a pronounced metallic rim, relocating the speakers to the side of the unit and slightly altering other more subtle cosmetic attributes responsible for the general look and feel of the Galaxy Tab. The company rebadged it as the Galaxy Tab 10.1N. Despite Samsung's efforts to please German courts though, Apple filed for an injunction in November against the modified version too.

Although Apple has enjoyed tremendous legal success in Germany, today's decision was based primarily upon a very specific German law -- the German unfair competition law. Because this law does not apply outside of Germany, Apple's win is expected to remain a relatively isolated event. Also, Samsung has successfully defended against similar disputes in other countries, such as Australia and the United States. Such wins outside of Germany are expected to lessen the global impact of today's ruling. 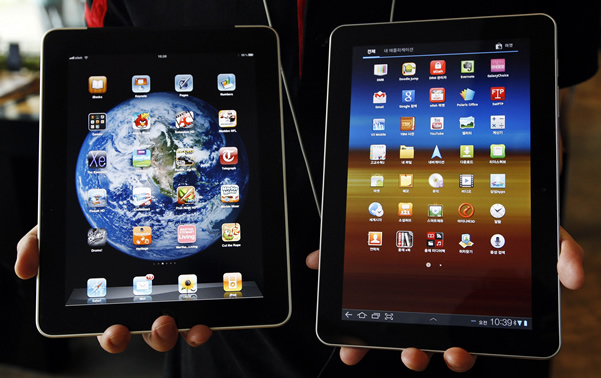