AMD has extended its line-up of mobile GPUs with a few brand-new models filed under its latest class of Radeon: the HD 8000M-series. The new chips deliver better performance, but are expected to do so with reduced power consumption, lower thermals and prices similar to their HD 7000M-based predecessors. 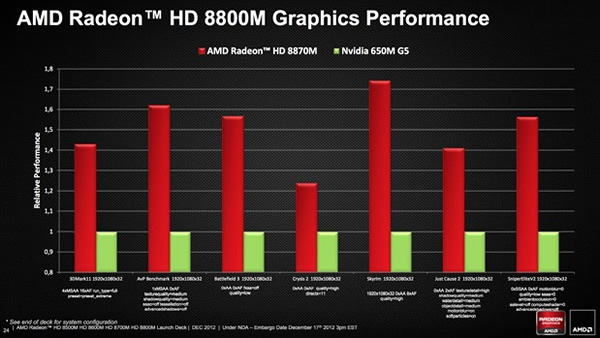 The new line-up will feature an entirely 28nm-based Graphics Core Next (GCN) architecture. It's interesting to note this is not exactly a die shrink, as AMD's highest-end 7000M offerings were already 28nm; however, most of its 7000M line-up remains 40nm. Being GCN-based means all HD 8000M models will feature full Direct X 11.1 support and utilize ZeroCore, a technology which essentially powers down unused cores in an effort to save energy. 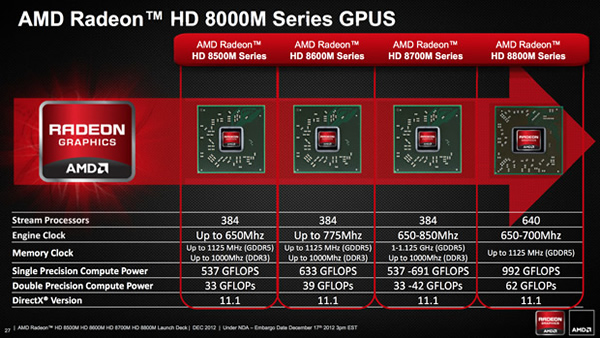 The highest-end models are likely to turn up in Q2, which will take aim at uncompromising gamers and enthusiasts.