It appears Google's Android and Apple's iOS are about to face some new competition: Ubuntu. Canonical, the primary organization who backs Ubuntu, has announced a mobile-centric version of the OS which aims to debut on two different smartphones. The devices are slated for a late 2013 release. 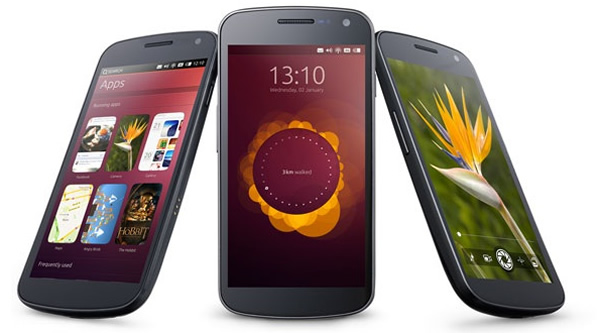 The two new smartphones include an "entry level" model powered by a 1GHz Cortex A9 with 512-1024MB of RAM and 4-8GB of flash storage. The second model, a "high-end superphone" handset, will feature a quad-core A9 or Intel Atom APU, 1GB or more RAM and pack 32GB of internal storage.

Ubuntu for smartphones appears to take some cues from Palm OS or even BlackBerry 10, favoring gestures like finger swipes and taps to intuitively reveal settings, display features and switch tasks.

Interestingly, Ubuntu mobile should work on any Android-based device, as both operating systems share the same driver module support.

Ubuntu has already been adapted to run on chipsets using the ARM and Intel x86 architectures relevant for mobile devices, with the core system based around a typical Android Board Support Package (BSP). So chipset vendors and hardware manufacturers do not need to invest in or maintain new hardware support packages for Ubuntu on smartphones. In short, if you already make handsets that run Android, the work needed to adopt Ubuntu will be trivial.

When it comes to apps, Ubuntu hopes to flex its partnerships with big players like EA and Valve. Additionally, the OS will fully support HTML5 for both easily written and easily ported apps. If native apps are your thing though, developers may also take advantage of Ubuntu's C/C++, OpenGL, QML and JavaScript support.

Ubuntu is also pushing its boundaries beyond just PCs and smartphones though, hoping to land itself on your television or even alongside your existing Android device. Canonical is touting its OS as the only truly "universal" OS that can find a home on virtually anything.