Formerly known as Windows Blue, Windows 8.1 is shaping up to be a sizeable update for Windows 8. However, if Microsoft's blog post is any indication, the service pack-like upgrade remains ostensibly focused on touchscreen users with nearly all of its changes pertaining to Windows 8's Metro user interface. 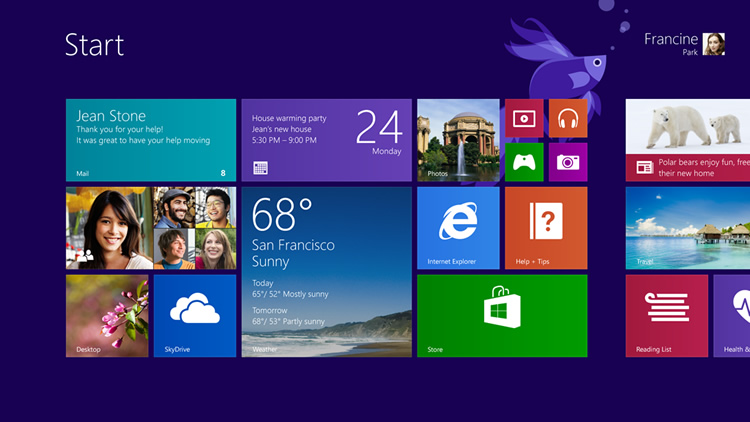 For users with an aversion to 8's Modern UI, the blog details few improvements exclusively conducive to keyboard and mouse usage: the addition of a start button (the "classic" start menu remains absent, however), configurable hot corners and the ability to "boot into alternate screens". One item not mentioned in the post but found elsewhere indicates that users will finally be able to boot directly to the desktop, rather than be forcibly dumped into the Metro Start Screen upon log on.

Some Start Screen improvements ought to overlap with a better overall desktop experience though. Better Start Screen searching is one such enhancement; Windows 8 will now search for apps, settings and files as opposed to just apps, settings or files. The search also integrates Bing and web searching, which may or may not be a bonus, depending.

Additionally, the Start Screen should appear less jarring to desktop users switching between the two; by default, it now shares the same background as your desktop wallpaper. This may just be a psychovisual trick, but it does provide the illusion of visual continuity -- the Metro Start Screen will no longer appear to cover up the entire desktop but incorporate it to some small degree. The screen will also be more customizable as well, with the addition of more colors and moving backgrounds. 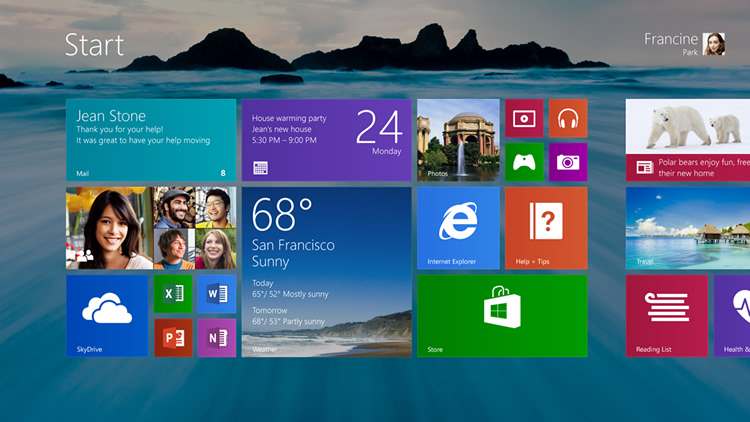 Internet Explorer 11 will also be making its debut in Windows 8.1. Metro IE users will be able to adjust the appearance of IE11 (e.g. always show the address bar) while unlimited tabs and tab syncing are now built-in for your convenience.

Other Metro-ey changes include redesigned Calculator, Music, Store and Photo apps as well as better SkyDrive integration. Also, gone will be the need to fire up Control Panel to change most system configuration settings -- Microsoft says all the options found in Control Panel will now be available under Metro's PC Settings panel. This is a particularly nice addition for tablet users who previously needed to open Control Panel (i.e. dumping them to the desktop) to manage user privileges, change display settings, alter power options or perform a multitude of other system activities.