Ever since they were first announced about three years ago, many people have questioned if a Steam Machine would be a better option for PC gamers than a traditional desktop/laptop. After all, Valve did say in 2012 that its Linux-based SteamOS allowed for a huge performance boost on an OpenGL-powered port of Left 4 Dead 2. However, a new report from Ars Technica comparing the performance of SteamOS and Windows 10 on the same hardware showed that Microsoft’s OS came out on top in 5 out of 6 gaming benchmarks, with the 6th test resulting in a tie.

The Ars team used a dual-boot SteamOS/Windows 10 machine for the tests so that the hardware specifications remained the same. They then ran some Geekbench 3 CPU benchmarks which showed Windows 10 had the edge in terms of straight performance, although the site noted that the SteamOS remains "within the same order of power magnitude." 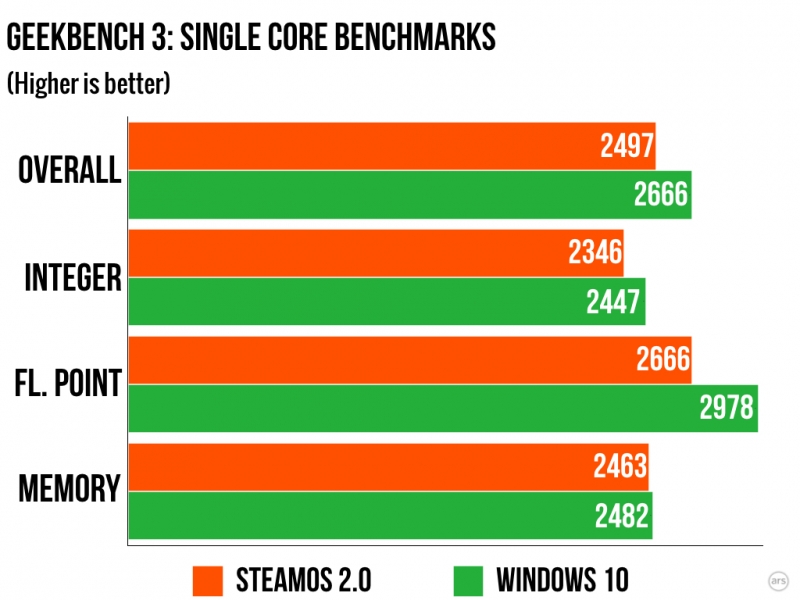 When it came to gaming, however, there was a much more obvious difference between the two operating systems. The team ran benchmarks on Middle-Earth: Shadow of Mordor and Metro: Last Light Redux, chosen because they are two of the more graphically-intensive games that have been ported to Linux. More demanding, modern titles, such as The Witcher 3 and Fallout 4, have not been ported to the OS.

The results showed that SteamOS lagged well behind its Windows counterpart. "No matter how you slice it, running these two high-end titles on SteamOS comes with a sizable frame rate hit; we got anywhere from 21- to 58-percent fewer frames per second, depending on the graphical settings," the site said. "On our hardware running Shadow of Mordor at Ultra settings and HD resolution, the OS change alone was the difference between a playable 34.5FPS average on Windows and a stuttering 14.6 fps mess on SteamOS."

Even comparing benchmarks using games developed by Valve – Portal, Team Fortress 2, Left 4 Dead 2, and DOTA 2 – showed that Windows 10 performed better than SteamOS. The only exception was Left 4 Dead 2, which gave a similar FPS count on both operating systems. 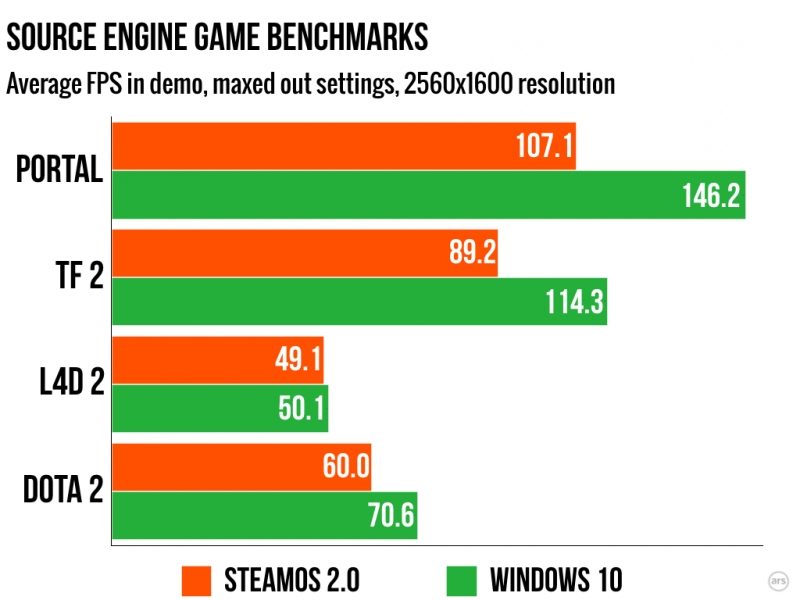 "For games like these, which don't push the upper limits of our hardware, most gamers wouldn't even notice the difference between the frame rates listed here," the report said. "Still, it's not a good sign that Valve's own porting efforts generally couldn't get comparable, Windows-level performance out of a SteamOS version."

It’s thought that main reason behind the poor SteamOS results is due to a lack of Linux optimization, particularly when it comes to video card drivers and the games themselves. Until this problem is addressed, Steam Machines may continue to struggle to find their place in the market.