Xiaomi may be known as company that produces phones, but it’s also responsible for a number of other technologies. Joining its list of drones, rice cookers, and air purifiers is the Chinese firm’s latest non-mobile device: an electric folding bicycle.

The Mi Qicycle is actually the second product to come from iRiding, a Taiwanese startup backed by Xiaomi. Its first bicycle was the $3000 Qicycle R1 that was released back in March.

The Mi Qicycle has a much more consumer-friendly price – 2999 yuan, or around $450. It features a 250W, 36V motor and 20 Panasonic lithium-ion batteries that will assist a user’s pedaling for about 45km (nearly 28 miles) on a single charge. 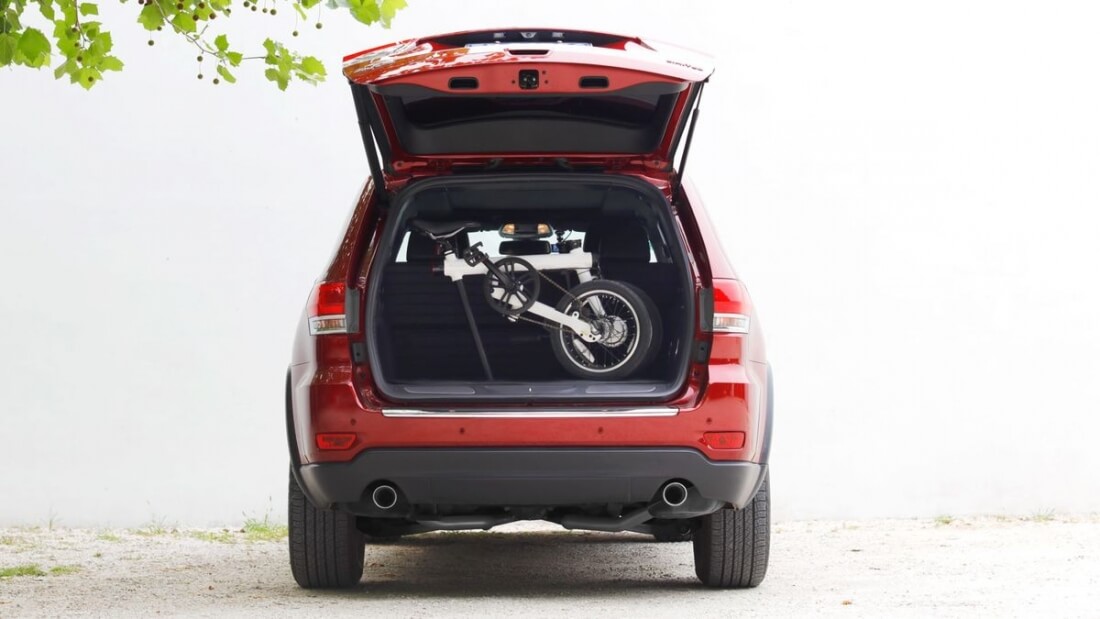 The 14.5kg bicycle comes with a Shimano Nexus three-speed gear hub, has both front and rear lights built into the frame, and can easily be folded to half its size.

Being a smart bike, the Mi Qicycle connects to its companion app via Bluetooth to relay information such as speed, distance, calories burned, and GPS navigation. There's a small display on the handlebars that shows some of this information, and it's also used to toggle between the Fitness, Power-Saving, Balanced and Extra Power modes.

The bike is being crowdfunded inside Xiamoi’s Mi Home app, meaning it won’t be released until a set number of people have agreed to buy it. Sadly, the Mi Qicycle is currently limited to China, where electric bikes sell in higher numbers than cars. There's no word on when or if it will become available outside the region.