Those self-destructing spy gadgets you see in the movies almost certainly exist (as they should, especially in the military where sensitive information could give an enemy the upper-hand). Such devices most likely rely on external power but that may not be the case for much longer.

Scientists at Iowa State University have developed what they claim is a self-destructing battery that affords the power, stability and shelf life for practical use. 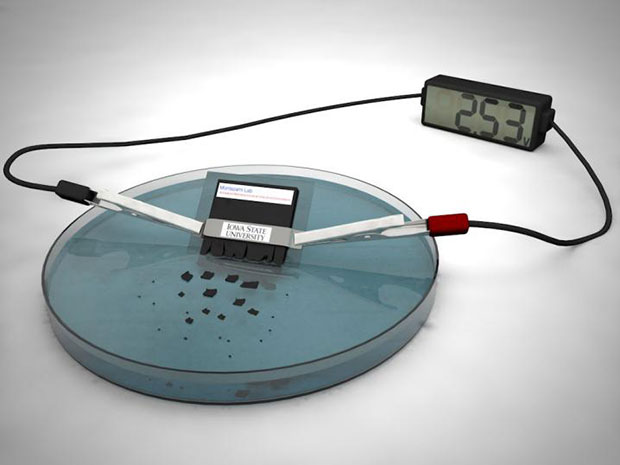 The battery’s active components aren’t soluble in water but given their micro- and nano-sized nature, they’re easily dispersed to the point that they’re hardly traceable.

Reza Montazami, a materials scientist at Iowa State University who led the research, says the small battery supplies more than 2.5 volts – twice as much as previous transient batteries. That said, it can power a desktop calculator for about 15 minutes. After a half hour of being exposed to water, Montazami adds, the battery destroys itself.

Spy gadgets are fun to think about as being disposable but there are plenty of other fields in which disposable materials like this could be useful including medical implants and environmental sensors, just to name a couple.