With the start of the Consumer Electronics Show only days away, Belkin has unveiled five new Qi-enabled wireless chargers it is adding to its Boost Up line. Although it advertises the devices as 10W universal chargers, it also claims they are “Fine-tuned for iPhone X, iPhone 8 Plus and iPhone 8.”

First, there is the Boost Up Bold Wireless Charging Pad. It is more or less the same Belkin Boost Up charger that Apple sells but it comes in four different colors — black, white, pink and navy. It is Qi-certified and will sense and charge iPhones at 7.5W, Samsung phones at 9W and can go up to 10W when paired with capable devices.

Next is the Boost Up Wireless Charging Stand. It is basically a Boost Up Pad with an attached bracket that allows you to prop up your phone. The stand is designed to hold the device in either portrait or landscape mode securely. It is an ideal solution for those who like to use their phone as a bedside clock. It also has the same four color options as the Bold.

Never again run out of battery life while using your phone’s navigation features on long trips with Belkin’s Boost Up Wireless Charging Car Universal Mount. That mouthful will give you a Qi charging pad integrated into a cradle that can be mounted on the dash or the windshield. In addition to keeping your phone displayed and supplied with power, the mount also has an extra USB port (one amp) for charging a second device. 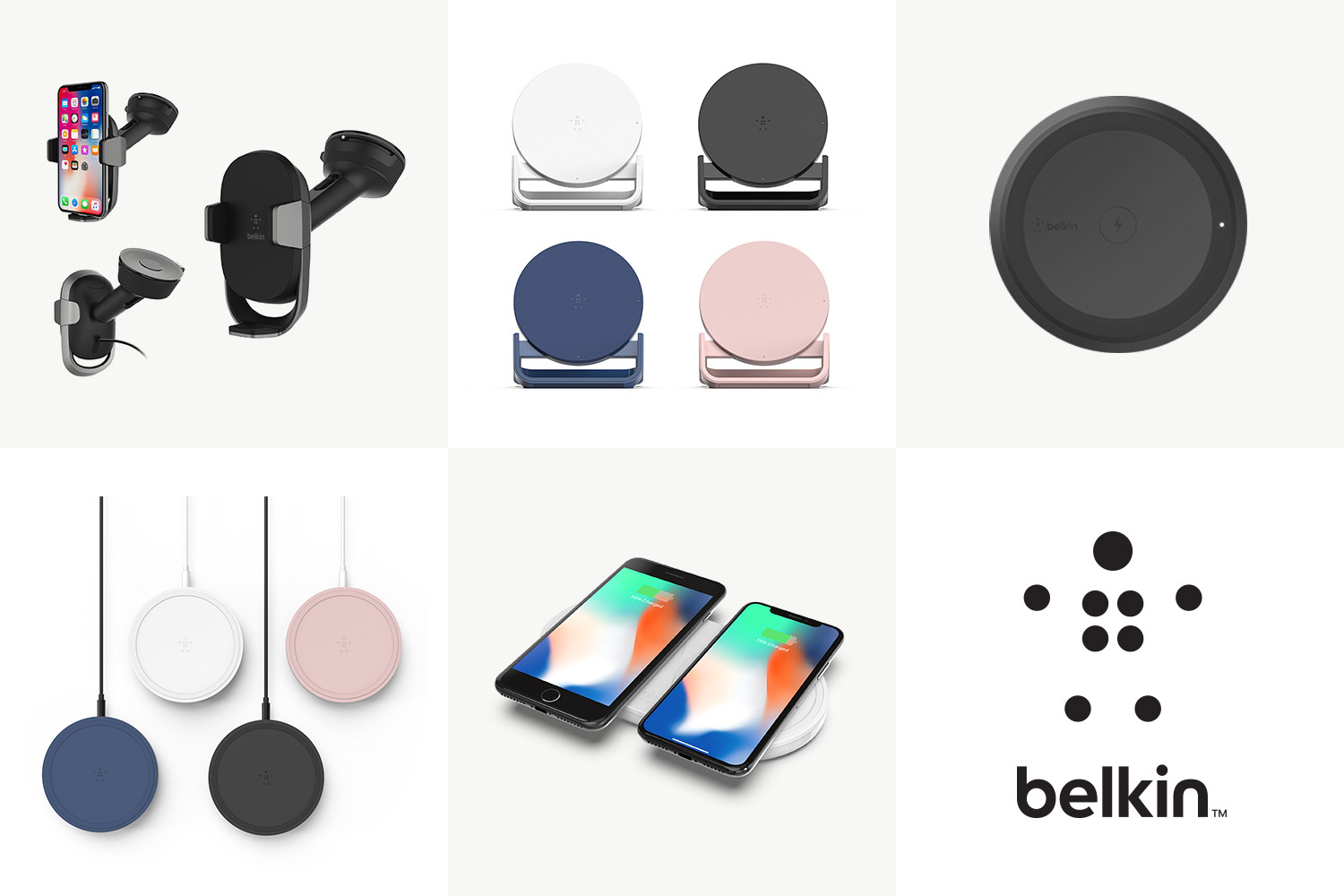 For those with more than one Qi-enabled device, there is the Boost Up Dual Wireless Charging Pad. It offers the same features as all other Boost Up components but provides an additional pad for charging another device simultaneously. Each pad functions independently so charging an iPhone X at 7.5W and a Galaxy S8 at 9W is not going to pose a problem. Unfortunately, it only comes in white.

Finally, there is the Boost Up Wireless Charging System. Unlike the other products listed, this one is specially designed for commercial use. In other words, it as meant as a secure charging system to be installed in public places and businesses. It features a variety of mounting options including sub-surface mounting so counters or tabletops can be equipped with seamless and unobtrusive Qi charging.

Belkin has not yet released pricing for the new line but has indicated they will be on display and demoed at CES 2018. All of the products will be out by the end of summer with the Boost Up Bold and the charging stand possibly launching in late spring or early summer.

Mockup via The Verge