Adam Lansing knows a thing or two about cars. At the early age of 12, he would overhear his brother asking their parents for gas money. It “was a real drag,” Lansing said, and after seeing YouTube clips of John Wayland’s 1972 Datsun 1200 electric conversion, decided he wanted to do something similar.

Shortly after, Lansing managed to gather up the parts needed to create his own electric vehicle, using a dilapidated 1980 Toyota Celica as the platform’s base. After six years and more than 50 rebuilds, the project is complete. Needless to say, it was far from easy.

Lansing managed to get the car running for the first time when he was 16 although it died shortly after its maiden voyage. That’s when he became obsessed with the project, spending up to 20 hours a day tearing down and rebuilding the car. He came close to throwing in the towel but fortunately, his friends, family and girlfriend helped keep him motivated. Wayland even gave him advice as a mentor. “I think my need to innovate took over at that point. I see I’ve gone this far, I’m not gonna quit now. Finally, I told myself, ‘This is supposed to be fun, it’s not a chore. I should love this.’ Right then, I changed my mindset, I started figuring more things out. Those long rebuild days weren’t as dreadful. It made the whole thing better.”

Lansing’s Celica is powered by 94 lithium ion batteries and boasts a range of 130 miles on a single charge. That’s enough to get him anywhere he needs to go. “I can drive to the airport from my house a couple times,” he says proudly. Lansing, who is contemplating his collegiate future after graduating from Plano East High School in Texas, even started his own company along the way, Hawkeye Innovations LLC. Given what he’s been able to accomplish thus far at such a young age, it’s safe to assume he’s got a bright future ahead of him.

Can all vehicles do this except for cars. SUV, MUV, LUV, not just cars... Can this be made on cheap then I would be interested. Turn my MUV into all Electric..

tipstir said:
Can all vehicles do this except for cars. SUV, MUV, LUV, not just cars... Can this be made on cheap then I would be interested. Turn my MUV into all Electric..
Click to expand...

I am more curious if there are any legal hurdles with converting vehicles to electric.
Reactions: p51d007

TechSpot Elite
I don't think that building this car is an american dream. Not as much as working 20 hours a day,...you dream as you work, or you work as you dream,...or you just dream about working...

So when they came to check on him... 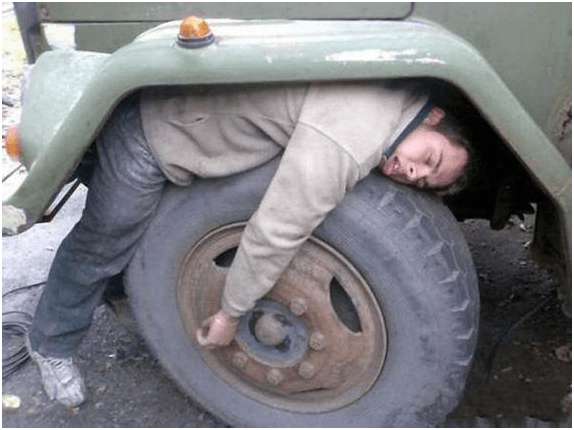 ...it seemed like his 20-year delivery target was spot on.

TS Special Forces
A side issue for me would be the lack of air conditioning in the summer considering the car is in Texas. Still, I probably could never do something like this.

Electricity still ain't free... And honestly the price of gas in Texas is nothing compared to the rest of the world, $2.20 a gallon nation average, almost half of what gas cost where I live... So this is just another guy making an electric car out of a classic Japanese car because he can, not because he wants to avoid spending money on gas.

Just for fun, that car with it's original engine could do a maximum of 32 MPG and a minimum of 26 MPG, so let's average it at 29 MPG, to get that 130 miles range equivalent to the "94 lithium batteries" (would love to know the capacity so I can calculate how much it cost to charge) it would take 4.5 gallons or cost $9.90, not that bad. I found on another site he spent roughly $15,000 creating his all electric car, which had he just spent on gas would get him 195,000 miles of range roughly, keep in mind over the last six years gas has fluctuated so it would be less, maybe 160,000 miles, still more than the average teenager would manage in a six year span. So how much money did he save, will he save? Depends how long his car last, how long the batteries last. However it's still a cool project for anyone at any age.
Reactions: p51d007, Reehahs, Burty117 and 1 other person

Weight of the vehicle is another issue. Use Electric isn't free plus were I live it gets hot and you need AC here. But we all drive fast on the highway here like 75 mph to 85 mph. I am using top tier gas from Costco. Since the other cheap gas seems to burn up so fast. This kid must only drive locally...
Reactions: debnath86
S

Gas-Electric conversion is a not the greatest idea.

Well, if he expects to be a success in the field of electric vehicles, he'd better read a ton of science fiction literature, then develop a misleading, hyperbolized, line of bullsh!t to sell it. Just like you know who! Oh, and hype your product years ahead of potential availability, then never deliver anything on schedule. Oh, and lie believably enough to rake millions in deposits.

I mean WTF, we're only living in a computer simulation anyway, why does anything matter?

Unless it is a solar charger, or self charges, gotta plug it in to recharge it. 130 miles Especially in Texas, in the summer will probably be more like 70, with the high heat. Hey, kuddos for figuring it out, but electric vehicles ARE NOT PRACTICAL. Plus, we have a HUGE amount of oil in the United States, and if the price starts to go up to the 4,5 dollar/gallon range, we'll just flood the market with fracking, oil reserves, shale oil and what not to drive it back down again.
Until you can equal or surpass the internal combustion engine, which really shouldn't be that hard, with some alternative fuel, EV's are a "niche" market.
Reactions: debnath86

Carbon steel, poly body or aluminum frame reduce in weight mine is 50/50 body of both poly and thin sheet metal, yet I get 31 hwy on my MUV. Yet I am lead foot on the gas pedal. . LOL
A

This guy is going places. If I was the director of a tech company that did something automotive related, this guy would surely be on the team.
The experience he has can't be taught.

arthurvanstrien said:
This guy is going places. If I was the director of a tech company that did something automotive related, this guy would surely be on the team.
The experience he has can't be taught.
Click to expand...

Yeah, he should be in charge of Tesla. Maybe they would have shot it into space for him! (y)
Reactions: debnath86

This is brilliant effort & dedication. Hats off. (y)

Side note:
I'd like to know his secret of having a happy girlfriend despite spending so much effort into the project though
You must log in or register to reply here.