In documents produced by Oracle and Google's squabble over Java, The Verge has managed to spot a particularly interesting find -- a prototype Google phone from 2006. Perhaps the progenitor of all Android phones which would follow, the design is reminiscent of a Blackberry. It sports a physical QWERTY keyboard (remember those?) and a small LCD screen relegated to the upper half of the handset.

Google's foray into smartphones was fueled by its collective frustration with unintuitive phone UIs and difficulties integrating third-party software. When Google pitched the idea to T-Mobile, the company referred to pairing its own engineering expertise with T-Mobile's unlimited data plan as a "win-win". Of course, truly unlimited data plans quickly went out of style afterward.

The T-Mobile G1 would follow about 2 years later as the first Android phone. The G1 would have a touch screen and sliding keyboard but as The Verge points out, touchscreens didn't seem to be in Google's game plan. Instead, soft menu keys were prerequisites according to Google's baseline specs.

Speaking of specs, the unearthed documents also spell out guidelines Google had set for future Android handsets. The company required GSM (sorry Verizon), at least 64MB of RAM, a mini-SD slot, a 2MP camera (or better) with a shutter button and at least a 200MHz ARM processor. Additionally, Google wanted to see its handsets feature at least QVGA displays (320x240), 16-bit color, USB support and Bluetooth 1.2.

In 2006, the Android prototype was slated to include phone, messaging and contacts apps alongside a home screen and Webkit browser. Google also intended to add Gmail, Google Talk, Google Calendar and possibly a threaded messaging app later that year, following its release.

The company had expected to have Android locked and loaded before September 2007; however, the G1 didn't debut until more than a year later. Meanwhile, the iPhone had launched in June 2007 and had already begun shaking up the mobile industry with its big touch screen and slim, keyboardless design. 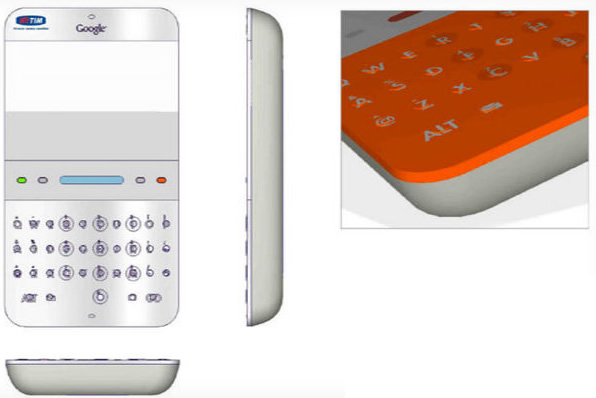