All over the web, journalists, analysts and enthusiasts have been talking – often with a hint of mild shock – about Microsoft now being one of the most impressive firms in the industry, following a series of announcements at its Build conference. As ever, 7 Days is here to guide you through the most exciting news, juicy rumors and intriguing insights that have popped up this week. We begin in Brazil where, last week, it appeared that Microsoft was preparing to launch a retail store in Sao Paulo, following confirmation that its first flagship store outside of North America would open in Sydney, Australia.

Microsoft confirmed on Tuesday that it would in fact be rebranding 50 former Nokia Stores in Brazil, but a further report indicated that Microsoft actually plans to relaunch over 15,000 former Nokia retail locations around the world under its own brand – a massive expansion of its worldwide retail presence. Over 9,000 of those are in India alone, a hugely significant market for Microsoft and its partners.

Independent figures show that sales of Microsoft's Lumia phones grew 20% in India in the first three months of the year, compared with the previous quarter. That growth rate is even more remarkable when you consider that India’s smartphone market actually contracted by 8% during the same period. A major factor in Microsoft’s strong performance in India – and in other developing markets – has been its focus on high-value, low-cost devices in recent months. Its latest, the Lumia 430 Dual SIM, is the company’s most affordable Windows Phone ever, and has just gone on sale in India, for only Rs.5,299 (around $83). 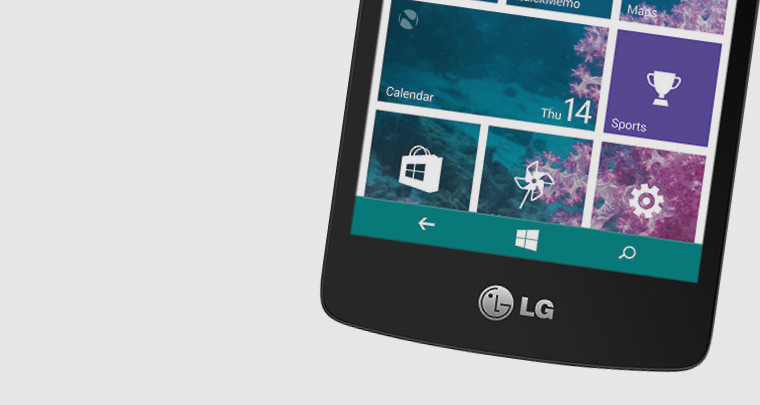 Last month, Neowin published an exclusive image of LG’s new Windows Phone, headed to Verizon. Further evidence that the handset is in development was found on LG's site this week, referring to the device by its model number ‘VW820’. Unfortunately, if you were hoping for a Windows Phone version of the LG G4, it appears that the VW820 is actually headed straight to the bottom of LG’s range. 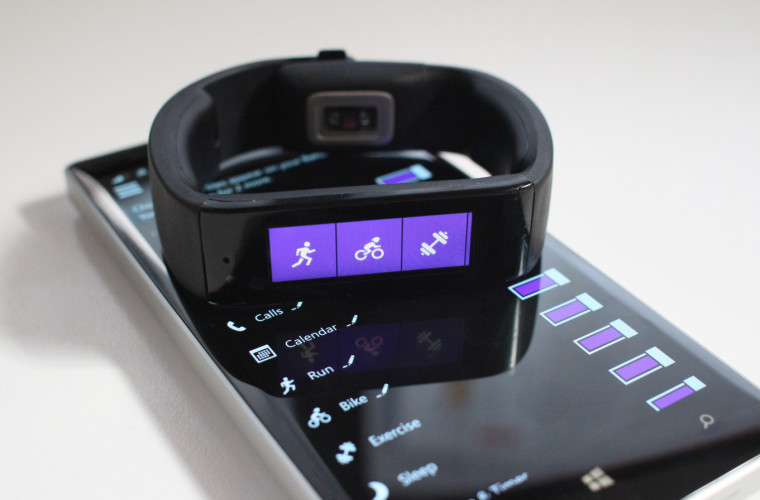 Microsoft rolled out updates for its wearable, the Band, and its Health companion app this week, introducing automatic sleep detection on the device, along with new health and fitness insights. The company also released its first full Band SDK for all platforms, which will allow developers to create new apps and experiences with the device across Windows, iOS and Android.

But many of the biggest stories of the week came from Microsoft’s Build 2015 developer conference in San Francisco, where it was clear that the company has some big plans for the future. It’s hoping to get Windows 10 onto more than one billion devices in the next 2-3 years – a huge number by most standards, although Neowin’s Senior North America Editor, Brad Sams, wasn’t so easily impressed. Digging through some of the numbers involved, he believes that that’s actually quite a reasonable target, but not a particularly ambitious one, all things considered. Microsoft also announced that it will finally begin accepting Win32 apps in its Windows Store, along with a major expansion of its carrier billing support, with over 90 mobile operators around the world jumping onboard, which the company believes will help boost sales of apps and services via the Store.

But Microsoft also had a much bigger announcement on the Store front. Ever since Windows Phone launched back in 2010, and since Windows 8 brought apps to PCs in 2012, Microsoft has had a big problem with encouraging developers to build for its platforms. At Build, Microsoft announced a major new approach to bridging the app-gap with rival platforms. The company has launched a range of new SDKs and tools that will allow developers to bring their apps from iOS and Android with very few code modifications. It’s hoped that by removing many of the burdens associated with cross-platform porting, it will encourage developers to make that extra bit of effort to bring their apps to the Windows Store.

The company published a video giving an overview of how easy it is to port an Android app to Windows, and it’s also made it clear that it’s putting in safeguards to (try to) ensure that malicious apps – a persistent problem on Android – don’t end up being ported to Windows too. Microsoft also showed off its new Continuum mode – which had previously been shown off for tablets and touchscreen PCs – for Windows 10 phones.

Continuum will allow users to connect their phone to any screen, keyboard and mouse, to be able to run Universal Apps on a larger display, powered by their phone, connected wirelessly or via a cable. However, this feature will not be compatible with any existing Windows Phone hardware.

Microsoft still hasn’t given any firm indications of what new phone hardware we might expect with Windows 10, but on Friday, a report claimed to reveal details of new flagship-class Lumia devices with some pretty tasty specs.

However, while Microsoft has previously said that Windows 10 will launch this summer, the company has now confirmed that the wait for Windows 10 for phones will be longer – so it may be a while yet before those new Lumia flagships are officially launched.

But Microsoft still has a good deal of development work left to bring Windows 10 for phones up to scratch ahead of its launch. Gabe Aul, head of the Windows Insider program, said that the next phone preview will finally add support for the flagship Lumia 930 and Lumia Icon, which were left out of the latest release. It seems likely that the next Windows 10 preview for phones will arrive next week, alongside the first preview release of Microsoft’s new Office Universal apps on phones, which the company had originally intended to deliver before the end of April. Another major announcement at Build 2015 related to the next-generation Project Spartan browser, which the company has now renamed ‘Microsoft Edge’, with a new logo that’s clearly inspired by the familiar Internet Explorer ‘e’ symbol. Mirroring its efforts to make it easier for app-makers to develop for Windows, Microsoft is also working to ensure that developers can easily bring browser extensions created for Chrome and Firefox to Edge. Disappointingly, though, extension support won’t be ready in Edge when Windows 10 launches this summer, and Microsoft has not yet detailed a firm timetable for delivering this feature to its new browser. Microsoft released its Windows 10 IoT (Internet of Things) Core preview for the Raspberry Pi 2 and Intel’s Minnowboard Max at Build on Wednesday, and also announced a partnership with Arduino, making Windows 10 the world’s first Arduino-certified OS. And to the great surprise of precisely no-one, Microsoft rolled out a new build of Windows 10 for PCs at its dev conference – and in a nod to the 3.7 million people around the world who have been testing the OS in recent months, the new build is the first to be called an ‘Insider Preview’ rather than a ‘Technical Preview’:

And in another piece of good news for Windows Insiders, NVIDIA rolled out new drivers that support preview builds of Windows 10 this week for dozens of its graphic cards.

One of the most exciting demos at Build 2015 was that of HoloLens, Microsoft’s new wearable device for Windows Holographic. As with any new platform, its success will depend heavily on the new experiences that developers will create with it – but major firms such as Unity and AutoDesk have already embraced HoloLens enthusiastically. 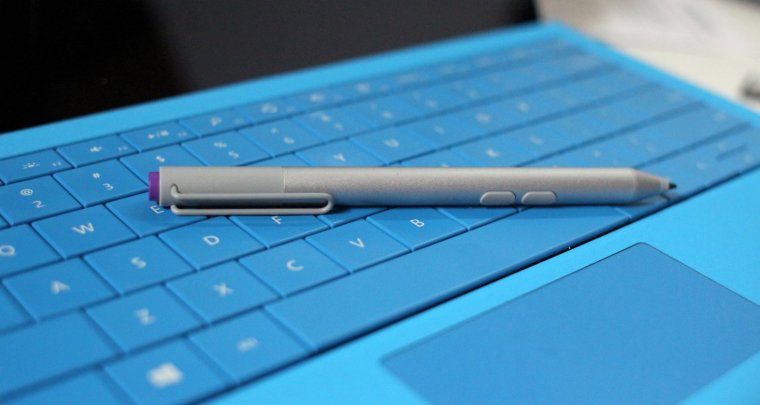 Microsoft confirmed on Friday that it has purchased the technology behind its impressive Surface Pen – used in its latest Surface tablets – from Israeli firm N-trig. A report in February claimed that Microsoft had already purchased the entire company, but that was clearly wide of the mark.

Separately, a report this week claimed to reveal details about Microsoft’s new Surface Pro 4 tablet, which is expected to launch with Windows 10 this year. The device will reportedly be thinner (but not lighter) than its predecessor, and is said to feature a completely fanless design, despite using Intel Core i-series (Broadwell) processors. Make of that what you will. Some rather awkward headlines appeared around the world this week in relation to the Apple Watch, after some buyers discovered that a well-publicized feature of the device doesn’t work properly on tattooed arms. Apple eventually admitted that tattoos can make it “difficult to get reliable readings” from the heart rate sensor on the underside of the Watch – something that it obviously neglected to mention when selling the device to those with tattoos on their forearms.

Apple’s recommendation? Buy an external heart-rate monitor, in addition to the Watch – which already costs between $349 and $17,000. But we end this week’s round-up on a sad note, with the news that popular music streaming service Grooveshark has shut down after almost a decade. The company admitted that it had failed to secure the proper licensing arrangements “for the vast amount of music on the service”, and apologized unreservedly to its 35 million users.

RIP, Grooveshark. We won’t send flowers, but we will listen mournfully to sad songs on other music services in your honor.

This version of 7 days was specially edited for TechSpot readers. You can read the full 7 Days roundup at Neowin.