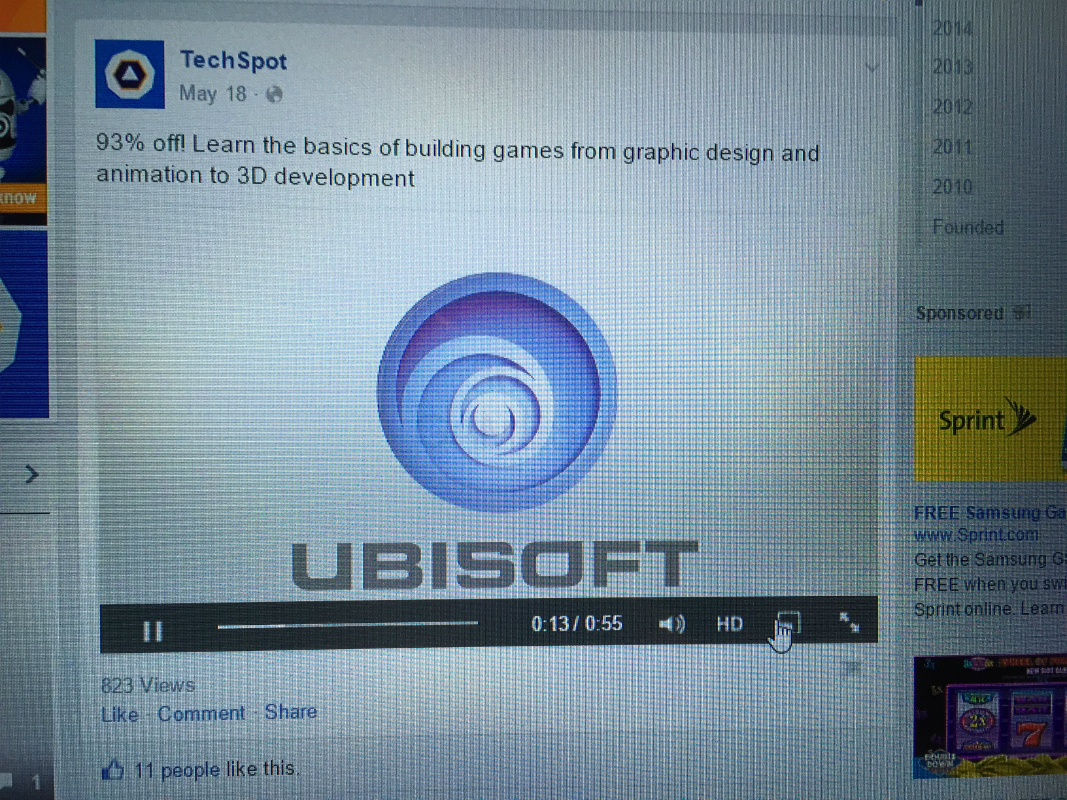 If you're one who takes delight in watching viral videos while reading that way off-base political article your distant cousin shared, you'll love the latest update Facebook just rolled out. As shown in the photo above, a new button has been added to videos embedded into a Facebook post. The pop-out button enables video watching while skimming your News Feed by, as the name suggests, popping out of the post and allowing you to reposition it anywhere on the page.

Unfortunately the video won't remain in place after moving to a different page. As a result, this feature will only come in handy if you're looking to frantically continue to scroll through whatever page you're on while haphazardly diverting focus from a lengthy video. Facebook has recently been making advantageous budgetary decisions by investing in its video player to garner more hits for advertisers.

As of 2013, running an ad on Facebook would set sponsors back $1 million daily, potentially exhibiting some hefty earnings for the social media giant. For that reason, Facebook has been working since last June to impose more video content onto the News Feeds of its users. YouTube, on the other hand, is moving in the opposite direction with the recent reveal of an ad-free subscription-based video service.