AT&T is now giving DirecTV subscribers (and vice-versa) yet another reason to subscribe to both services. The latest version of the DirecTV iPhone app now exempts video from the satellite provider meaning AT&T subscribers can watch as much television as they’d like through the app over a cellular connection without eating into their monthly data allotment… well, sort of.

The practice, known as zero-rating, is certainly controversial although AT&T isn’t the first to utilize it. T-Mobile has been zero-rating various media services for more than two years through programs like Music Freedom and Binge On. 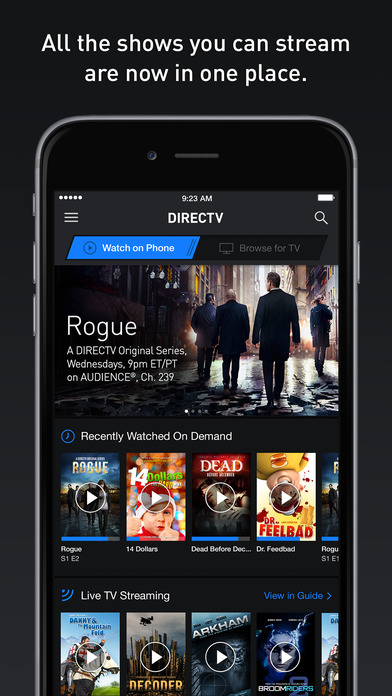 In the revised description for the DirecTV iPhone app, AT&T says you can now stream DirecTV on your devices, anywhere – without using your data. Do note, however, that AT&T says some (undefined) exclusions may apply in which users may incur data usage. What’s more, the unlimited streaming is subject to network management which includes speed reduction.

AT&T, if you recall, announced intentions to purchase DirecTV for a whopping $48.5 billion back in 2014 before finalizing the acquisition a year later. The FCC said at the time that AT&T would not be allowed to exempt its own video services and content from data caps on its fixed broadband connections – a condition that doesn’t apply to mobile data caps.

No word yet on when AT&T will update its DirecTV app for Android with similar functionality.