Last week Uber showed off its modified, self-driving Ford Fusions and put four of them into active duty for a small group of loyal Uber Pittsburgh users. Not wanting to be left behind, Lyft president and cofounder John Zimmer has laid out its ambitious vision for the future of autonomous vehicles and what it means for the ride hailing company.

According to Zimmer, a majority of Lyft’s rides will be autonomous vehicles within just five years, and that by 2025, “private car ownership will all but end in major US cities.” That’s certainly a bold prediction considering all the things at play beyond the technology -- legislation, infrastructure, corporate interests, consumer habits, to name a few.

But Zimmer believes the time has come to push for a revolution in public transportation, one that can potentially revolutionize our cities and our lives. 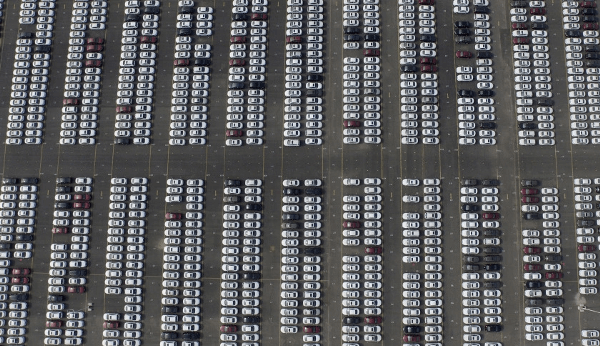 “You have cities that are mistakenly designed for cars, that are majority paved. I think about things in terms of occupancy,” Zimmer explained. “If you think about ground transportation, 96 percent of the time the car is parked, that’s like a horrible, horrible business. American spend more money on cars than they do on food, and the thing is parked 96 percent of the time. It takes up a large amount of city infrastructure.”

Contrary to Elon Musk’s view where autonomous car owners generate income from renting their vehicles, Zimmer says the future is in centrally managed fleet networks. The reasoning comes down to consistency and quality of experience, which is easier to guarantee when a fleet is centrally managed.

In Lyft’s view of the future you’d sign up for transportation services much in the way yo do for streaming services like Spotify or Netflix. Don’t drive very often? Use a pay-as-you-go plan for a few cents every mile you ride. Take a road trip every weekend? Buy the unlimited mileage plan. Going out every Saturday? Get the premium package with upgraded vehicles.

Zimmer believes that once car ownership goes down we will see countless valuable acres of urban roads and parking lots reclaimed in the form of parks and pedestrian zones.

Lyft is trailing behind Uber in terms of users and resources to make all this happen. The company did secure a $500 million investment from General Motors in January and is working with the automaker to integrate self-driving technologies into its ride-hailing service.