The big picture: Microsoft seems to be kicking things into high gear with Windows 11 updates, following a slew of new features in the latest Insider preview. However, what most PC users are going to want to know with build 22557 is that Microsoft has also added a new requirement of signing up with an MSA (Microsoft Account) during initial device setup (OOBE) for both Windows 11 Home and Pro. It used to be that the latter, more expensive version would allow users to set up a local account while also being offline, but Microsoft says that even personal use of the OS will be subject to these requirements in the future.

It's important to note that not all decisions Microsoft makes in an Insider build end up in an official Windows release, but the requirement for an internet connection and an MSA during initial install seems quite likely to ship as part of a future update. This means that first-time Windows 11 installs will have fewer 'Skip for now' buttons in the future, or probably none at all.

While the move will likely disrupt a lot of IT admin workflows, especially during fleet deployments with Windows 11, even personal users have their reasons for not wanting to sign up with a Microsoft account when installing Windows. 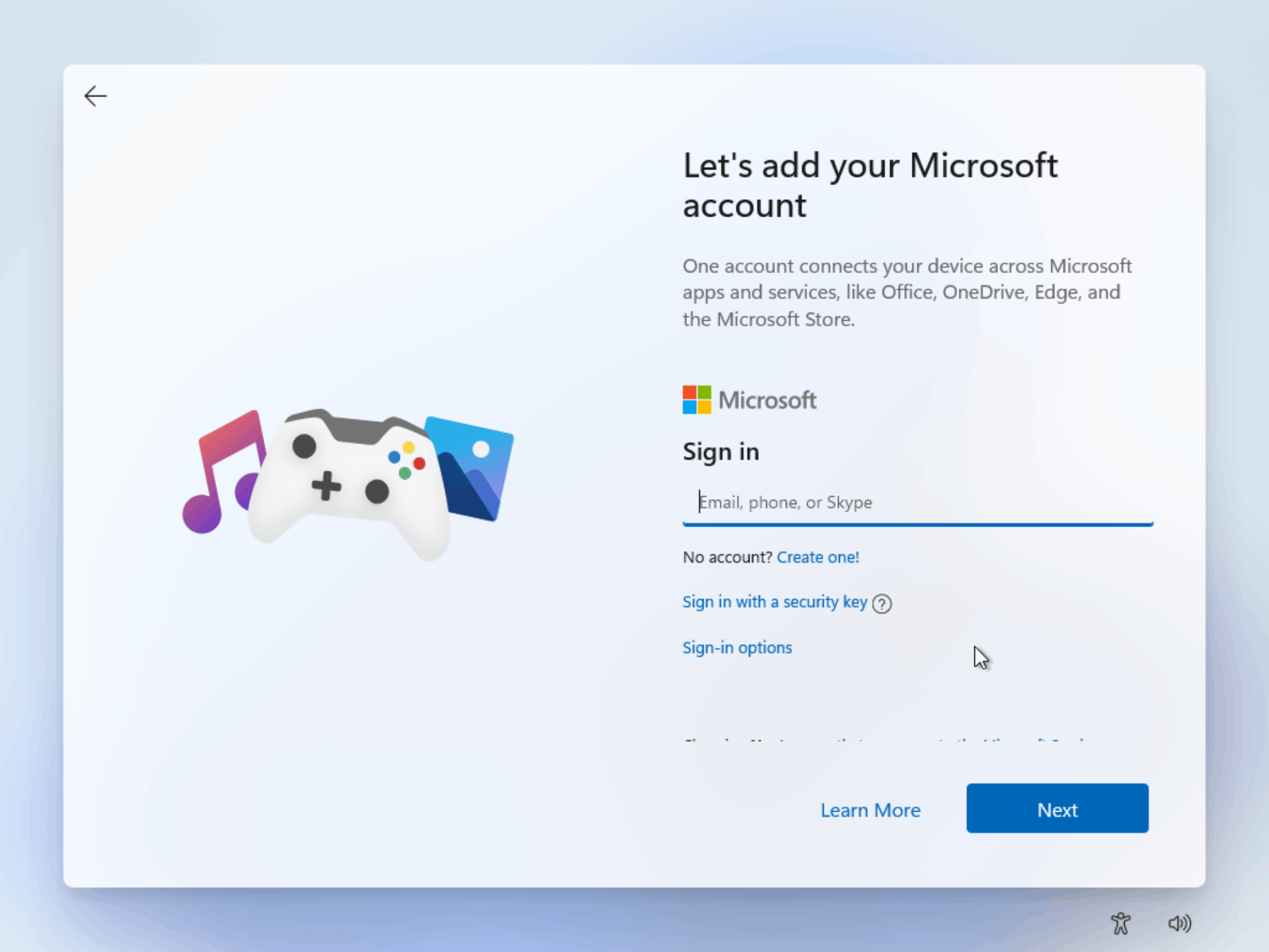 Microsoft tightening the noose around Windows 11 could force users to go with an older version, or perhaps look for alternatives

Although features like cross-device sync, find my device, access to the Windows Store and OneDrive storage are only made possible with an MSA, concerns around data collection, privacy and being tied to Microsoft's ecosystem are among the primary reasons why some users prefer to go with a local account.

It's also more convenient to set up a PC with a local account if you're doing it for a family member, handing over/selling your machine to another user, or simply don't have access to the internet. Microsoft hasn't specified when this requirement will go live in an official release, but it noted that subsequent Windows 11 Insider flights following the release of Preview build 22557 can be expected to require an MSA.

With this latest build, the OS has also received plenty of new and returning features such as the ability to create folders in the Start menu (under Pinned apps), focus and do not disturb modes, and live captions. The refreshed, tab-free Task Manager is here, too, with its dark theme and a new 'Efficiency mode' that lets users limit the consumption of a power-hungry process for improved responsiveness and energy efficiency.

Additionally, the File Explorer has received a few tweaks with OneDrive integration, the addition of folder previews, and an improved Quick access panel that can now also list/pin files, in addition to folders. Outlook users, meanwhile, can now instantly compose an email from within the file share window.

Default values for Sleep and Screen off have been changed to reduce power consumption, and there's a new battery charging and cast icon in the Task bar

Other UI/UX enhancements include new touch gestures, more responsive screen rotation behavior and menus, better snap layouts and transition animations, as well as an improved task viewer (Alt+Tab). Usability of the Taskbar has also been enhanced with the much-needed drag and drop feature that comes with new visual indicators.

Another highly requested feature is the HDR calibration app from Xbox, which Microsoft says is coming soon to Windows. There's also a new 'Optimizations' feature in this build that's meant to improve latency and enable Auto HDR and Variable Refresh Rate (VRR) for windowed games.

Moreover, results under Windows search should now appear faster and more accurate. The build also includes several minor tweaks for the Settings app and improved network security with the requirement of at least a WPA2 connection (TKIP and WEP won't be allowed). There's also plenty of fixes in the latest preview related to Settings, Taskbar, File Explorer, Input, and Networking, among other components as detailed in Microsoft's official blog post.