El Salvador Bitcoin holdings have lost half their value, minister says not to worry

In brief: A lot of people are sweating over the tumbling price of Bitcoin, which was just $800 away from $20,000 only a few hours ago, but few have as much to lose as El Salvador. It adopted BTC as an official currency last year and holds 2,301 Bitcoin valued around $50.1 million at the time of writing. Unfortunately, the country paid a total of $105.6 million for the digital currency. Its Finance Minister isn't worried, though: he says the crash poses 'extremely minimal' fiscal risk to the South American nation. El Salvador president Nayib Bukele has placed a lot of faith in Bitcoin. From the initial investment of 400 coins, worth about $20.9 million at the time, Bukele has repeatedly 'bought the dip,' purchasing more every time the price fell. The highest it has paid was $60,300 per coin, while the lowest was $30,700 last month when Bukele added another 500 to the collection. Bitcoin dropped to $20,834 a few hours ago, its lowest point since early December 2020.

Crypto is not having a good time right now. The collapse of Terra and support coin Luna pushed an already struggling market into a spiral—lending platform The Celsius Network has frozen account withdrawals as a result of the extreme conditions. The falling price means El Salvador's investment is now worth less than half of what it paid for the Bitcoin. There were reports last month of the country potentially failing to meet its next debt payments, but Finance Minister Alejandro Zelaya has brushed off the concerns.

"When they tell me that the fiscal risk for El Salvador because of Bitcoin is really high, the only thing I can do is smile," Zelaya said at a press conference (via Reuters). "The fiscal risk is extremely minimal." Citing an estimate from Deutsche Welles that El Salvador's Bitcoin holdings had lost $40 million in value, Zelaya added: "Forty million dollars does not even represent 0.5% of our national general budget."

El Salvador has postponed its $1 billion 'Volcano bonds' that were supposed to launch in March to fund the Bitcoin City project. It was hoped the money could also be used to help meet its financial obligations—Moody's downgraded the country's debt rating to CAA1, an investment grade rated as poor quality and very high credit risk.

Bukele has been facing criticism for his seemingly lax attitude toward Bitcoin and the falling price. His recent admission that he trades the nation's BTC on his phone hasn't helped endear him to the public whose tax money is funding this trading.

There's always the chance that BTC will have a massive resurgence at some point in the future and El Salvador's holdings will be worth more than what it paid for them, then Bukele could say he was right all along. The alternative posed quite a grim scenario for the president and his country.

Oh he's smiling alright, until one night they assassinate him.
Reactions: Gastec, BadThad, fb020997 and 1 other person 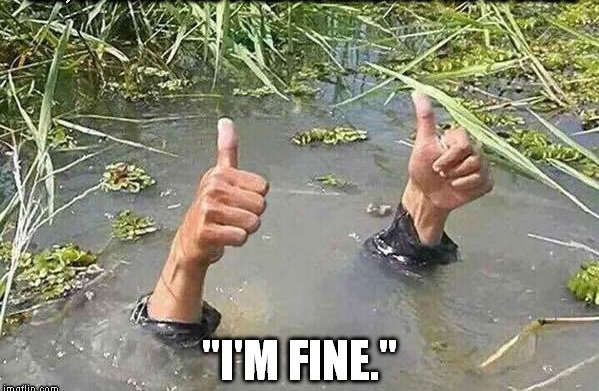 But Bitcoin will bounce back. ScottSoapbox said:
But Bitcoin will bounce back.
Click to expand...

Yes, it was thought that the Titanic was unsinkable, too.
Reactions: Gmachine, FinancialExpert, fb020997 and 7 others

ScottSoapbox said:
But Bitcoin will bounce back.

And with all the new layers of support systems all interlinked into each other, it's going to be several more years before anyone sorts out this mess. Back in the 2018 crash, all that realy interlinked ewith Bitcoin was Ethertium.

Because none of this new "safety net" is FDIC-insured, you're going to have a helluva time convincing folks to build it all back up again ; I'd rather take my insured dollar over all of this mess any day!

I seriously doubt that without it's new support system that Bitcoin will ever approach 60k again!
Last edited: Jun 14, 2022
Reactions: fb020997, sdms96825, BuckarooBonzaii and 2 others
B

ScottSoapbox said:
But Bitcoin will bounce back.

The dollar will still be used as a medium of exchange/trade and does not flucutate wildly even during the worst years of inflation or deflation. Bitcoin has already fundmentally failed in its original stated purpose of being a medium of exchange/trade. Then people claimed Bitcoin is still a good store of value during times of uncertainty...except it isn't, and bitcoin fell even more than the stock market. Bitcoin is basically propped up by speculative spending thanks to the Feds making borrowing money cheap.
Reactions: fb020997, emmzo, nrstha and 4 others
M

Trust me, I'm a politician, your money is safe. 🤣
Reactions: Gastec and Ludak021
K

I'm tired off hearing adverts on radio - that it's something great to get into - let us invest for you as we understand all the coins and market
Reactions: fps4ever

We all know very well, except those of us who are children, that this Bukele and his gang of ladrones will disappear one day when they have their fill.
You must log in or register to reply here.