What just happened? Facebook CEO Mark Zuckerberg has unveiled the company's new name, Meta. As had been reported, this signifies a new effort to make the metaverse a center of the company's ambitions going forward. It's also probably an effort to distance the company from the large amount of bad press it has received recently. In announcing the name change, the company went all-in on selling the idea of the metaverse, a virtual 3D space that combines virtual reality and augmented reality technology. Zuckerberg during the livestream announcement hailed it as the next step in online communication after writing text on websites, and social media on mobile devices. He expects the metaverse will be mainstream in the next five to 10 years, with up to a billion users by that point.

According to Zuckerberg, the metaverse will be a space where people can interact with each other, their media, and real-world objects through VR headsets (like Facebook's Oculus Quest 2), smartphone AR, and smart glasses. They'll be able to work and play together in customized virtual homes and worlds, and possibly even engage in a "metaverse economy" where they'll build businesses. The livestream presented popular VR games like Beat Saber as being able to interact with the metaverse. While showing off other VR games and software, Zuckerberg also revealed that Rockstar is working on Grand Theft Auto: San Andreas for the Quest 2.

"Over time, I hope that we are seen as a metaverse company," Zuckerberg said towards the end of the stream, right before announcing the name change. "From now on, we're going to be metaverse-first, not Facebook-first."

Along with revealing the name "Meta," Zuckerberg announced that "over time," users won't need to use Facebook in order to use the company's other services. This could encompass all the products Facebook owns like WhatsApp, Instagram, and Oculus. This could be similar to how in 2015, Google reorganized as a subsidiary of new parent company Alphabet.

The change also comes at a time when Facebook might be trying to get away from the controversy it has run into in the last few weeks. The company recently admitted to its shareholders it's being investigated by the government following leaks, mainly from whistleblower Frances Haugen.

One key takeaway from the "Facebook Papers" is that Haugen said to the Securities and Exchange Committee (SEC), "Facebook misled investors and the public about its role perpetuating misinformation and violent extremism relating to the 2020 election and January 6th insurrection."

Earlier in September, a report surfaced revealing that Facebook knew how damaging Instagram could be for young girls' mental health. Also in September, an excerpt from Pether Thiel's biography claimed Zuckerberg cut a deal with then-president Donald Trump in 2019 that Facebook would avoid fact-checking political posts if the Trump administration wasn't "heavy-handed" in its regulation, a claim Zuckerberg denies.

TechSpot Elite
Well, that's one way to taint a word...
Reactions: Reehahs, Sausagemeat, KiwiRacoon and 9 others

"Facebook misled investors and the public about its role perpetuating misinformation and violent extremism relating to the 2020 election and January 6th insurrection."

Its role was there for anyone and everyone to see. Did Facebook not delete enough posts proving undeniable election fraud for Haugen's liking?
Reactions: Jack Deth
N

This changes EVERYTHING. I for one feel so much better about using the platform now. After all, it’s META!!!!
Reactions: Reehahs, Kosmoz, Jack Deth and 5 others
E

That`s the future FB imagines: all "live stock" living their lives in the metaverse while being sucked of all of their resources. I guess Zuckerberg really loved the Matrix.
Reactions: KiwiRacoon and Kosmoz

What a crock of ****. Changing ur name does not expunge you of all your misdeeds.
Reactions: Reehahs, KiwiRacoon, 0dium and 2 others
W

This whole endeavour keeps reminding me of this old The Onion article, Starbucks To Begin Sinister 'Phase Two' Of Operation.

Meta-criminals ...... yeah it does have a nice ring to it!
Reactions: ypsylon, Kosmoz, nismo91 and 1 other person

That guy is a psycho. I don't want that unreality for me.
Reactions: KiwiRacoon and Kosmoz
L

Ah. Just the corporate name. Like Google now has Alphabet as its parent company. So the service known as Facebook will still be called Facebook. Hardly anyone will notice, then.
B

Reminds me of that Ronald Tramp..whoever he was.
Reactions: wiyosaya
S

Zuckerberg is going to jail at some point hopefully
Reactions: Uncle Al and KiwiRacoon

Trash corporation changing its name to hide what a giant dumpster fire the said corporation is.
Reactions: wiyosaya

Cool story bruh. Still refuse to use any of your "meta" products. Thanks
Reactions: 0dium and KiwiRacoon 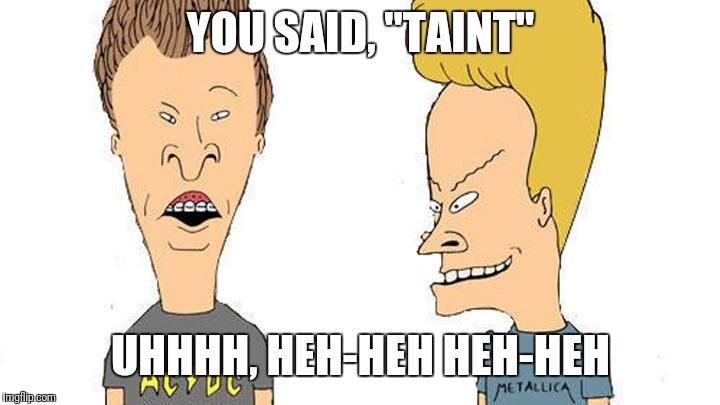 Reactions: Reehahs, wiyosaya, Wrinkle and 1 other person
B

First step in the creation of a slave class.

A pile of crap by any other name... is still a pile of crap.
Reactions: wiyosaya, 0dium and KiwiRacoon
U

summermick said:
Zuckerberg is going to jail at some point hopefully
Click to expand...

Uh yeah, because in America rich people who lie, steal, and cheat all end up in jail. Oh wait...
Reactions: wiyosaya and 0dium
Z

Lol so glad I've never been part of faceache and never will be
Reactions: wiyosaya and KiwiRacoon
J

psycros said:
"Facebook misled investors and the public about its role perpetuating misinformation and violent extremism relating to the 2020 election and January 6th insurrection."
Click to expand...

So tired of the same lies constantly being repeated.
The "insurrection" was instigated by crisis actors and nothing more than the US version of Reichstag to enable putting down political opposition.

Haugen is bought and paid for by the democrats to publicly shame facebook into goose-stepping along with the rest of their shameful charade.