Following a leak by Swedish tech outlet NordicHardware, we now have confirmation of more details about the upcoming GTX 1070 Ti from Nvidia. The card will make its debut on October 26 with in-store availability slated for the following week on November 2. Expect Nvidia to position it between the GTX 1070 and GTX 1080 in the $400 range.

AMD's Radeon RX Vega was positioned for this price slot and it looks like the GTX 1070 Ti is the green team's response to maintain market dominance.

Although the most recent GPU mining craze has ended, it appears that the GTX 1070 Ti will still be up for the task. The card will feature GDDR5 memory as opposed to GDDR5X which, while not as fast, is better suited for mining and will help keep overall costs down.

Add-in board partners have already been working on their offerings so we can expect to see non-reference cards very close to launch day.

Yeah, I like that. I never saw the point of nVidia having two versions of the GTX 980/980Ti & 1080/1080Ti. Now they can lose both the 1070 & 1080 and kill two birds with one stone although it saddens me a little because I've only had my 1070 for about 6 months now and it's all set to become redundant and irrelevant in a few days time but this happens constantly when you buy tech and there's no use in crying over spilt milk, it's expected. (future-proof myth anyone?) Anyway, it's not as though my 1070 will become useless to me, it'll be good for my 1080p gaming for a while to come and 1080p gaming will be around for some time still. I'm not much of a gamer anymore and I'll only switch things up when I'm really forced to.
Reactions: Reehahs

Skidmarksdeluxe said:
it saddens me a little because I've only had my 1070 for about 6 months now and it's all set to become redundant and irrelevant.
Click to expand...

Cmon brotha! That's the world we live in!
And your 1070 isn't irrelevant by any means, that will pound out 2K or 1080P @ 100+hz for years, yours truly is still rocking a 670. I haven't gamed on my PC in a few years though, lost all interest...for now.
Reactions: davislane1, Humza and Reehahs

No it's not irrelevant yet. I can still offload it for a decent price but as soon as the Ti version is launched, it's resell value drops dramatically. It's just the nature of the beast although I have absolutely no intention of upgrading just for upgrading sake. I plan to keep on using my 1070 for the next two (plus) years but by then, I'll probably have to pay somebody to take it off my hands.
As for your 670. Yes, it's past it's prime but it still gets the job done to your satisfaction and it's worth more to you than anybody else so why not hang onto it until it finally cries "enough"? It makes sense to me, and by the sound of things, you as well.
As for me using a 1070? Well I was on a (Galax) 970 and had no intention of replacing it anytime soon but as luck would have it, it packed up while still under warranty and a replacement 970 couldn't be sourced from anywhere, even from the manufacturer so they kindly replaced it for me with a 1070.
Reactions: Reehahs

RIP Vega 56, what a short life of gaming relevance you lived
Reactions: Sausagemeat

Interesting to see the very first 70 with a Ti.


Skidmarksdeluxe said:
I've only had my 1070 for about 6 months now and it's all set to become redundant and irrelevant
Click to expand...

Vulcanproject said:
RIP Vega 56, what a short life of gaming relevance you lived
Click to expand... 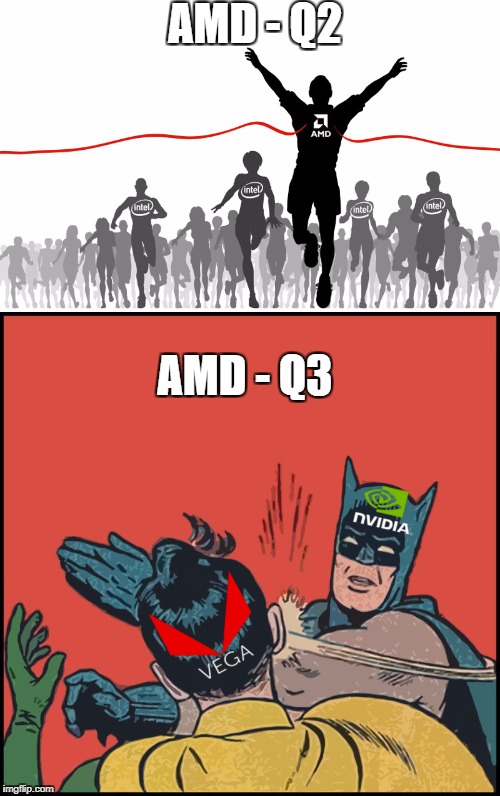 Nero7 said:
Interesting to see the very first 70 with a Ti.

It's overkill for my needs but when I effectively get an upgrade for free I don't usually say no.
G

I guess I'm not really sure what the purpose of this GPU is. The GTX 1080 already provides about 20-25% more performance than the GTX 1070, but that's not scaled with CUDAs (33% more) or TMUs (also 33% more)...although strangely it seems more in line with the memory bandwidth (25% more for pre-April 2017 cards; after April 2017 the GTX 1080 cards were released with faster memory speeds & higher memory bandwidths).

Now, you might say, "Hey, that's great for just a small price increase". Except that Techspot already showed you could get about 10-12% more performance from the 1070 by overclocking it (https://www.techspot.com/review/1182-nvidia-geforce-gtx-1070/page6.html)...which cost no extra money. And once the 1070TI is released, the 1070 will drop in price. I'm just not sure that, with that price, the performance will be enough to dethrone the 1070 from the 1080p/1440p top spot it currently occupies.
You must log in or register to reply here.