Editor's take: Microsoft’s Phil Spencer, who currently runs the company’s Xbox gaming division, said in a recent interview with Wired that he views 8K graphical capability as more of an “aspirational technology.” In other words, 8K might be more of a future goal to shoot for than something that is realistically attainable in the near future. “The display capabilities of devices are not really there yet,” Spencer said. “I think we’re years away from 8K being—if it ever is—standard in video games,” he added.

Perhaps Spencer was implying that 8K might not be standard with this upcoming generation of consoles. But to say that it may never be standard, ever, seems a bit near-sighted. "Ever" is a long time. Indeed, as Steve highlighted in our recent review of Nvidia’s GeForce RTX 3090, it was impressive to see 8K, 60 fps in certain games like Doom Eternal. Others, such as Control, needed the assistance of DLSS to reach playable levels. “Despite Nvidia’s best efforts, 8K gaming just isn’t a thing,” Steve said. And keep in mind, this is with a $1,500 graphics card and a high-end PC.

Interpreting it a different way (and perhaps reading between the lines a bit), Spencer could be suggesting that the future of gaming won’t be dictated solely by graphics prowess or processing power but rather, by the content of games.

What are your thoughts? Are we ready for 8K gaming or is it still too early to even consider 4K mainstream?

TechSpot Elite
8K is 4 times 4K? Oops I have been getting that wrong

I thought it was was double 4K so 4* 1440p. I guess its named for the horizontal width.

I have learned something today!

TechSpot Elite
Well, unless it actually adds something to the experience, it shouldn't be a focus for games. You can only see so many pixels before it becomes pointless. Otherwise it's just a shallow selling point...
Reactions: Reehahs, Privery, techseven and 3 others
J

8k+ is the future, to say something like that is just worng.
Its like saying @720p will be standard for ages

As we continue to go into future everything will always go up and get better. We as humans will never settle for something

I'd say the title is clickbait... he never really meant that 8K would "never" happen... he said it probably wouldn't happen for years and MIGHT never happen.

Quite the misleading title - shame on you Techspot.

Anyways, 8K is fine for large computer screens that you are only inches away from... but unless your screen is HUGE, you won't notice it from your couch on a TV.

So, while PC Gaming might be cool at 8K, I don't really see the need for it on consoles unless you have a 120" TV and sit 4 feet away from it...
Reactions: techseven, OortCloud and cliffordcooley

In mid-2013, a China television manufacturer produced the first 50-inch UHD television set costing less than $1,000. On June 11, 2013, Comcast announced that they had demonstrated the first public U.S.-based delivery of 4K Ultra HD video at the 2013 NCTA show.

It took a while to put 4K TV in everyone's houses - or I should say - it took a while for 4K TV to become ubiquitous where you can get a 4K TV for a reasonable price with your groceries.

It's gonna be years before we see 8K TV's become the standard.

Microsoft's Phil Spencer isn't sure if 8K will ever be standard in gaming, but quite sure that Edward VanHalen's guitar just increased in value by 8X

Ooooh yeah, that one!
R

Improve the texture and forget about #Ks please. We push the boundaries unnecessarily. I mean phones start to use 100 Mb cameras and for what? better quality or making older device slower? we should push the content first and then when we reach say 75% we can go to next step.
L

QuantumPhysics said:
In mid-2013, a China television manufacturer produced the first 50-inch UHD television set costing less than $1,000. On June 11, 2013, Comcast announced that they had demonstrated the first public U.S.-based delivery of 4K Ultra HD video at the 2013 NCTA show.

It took a while to put 4K TV in everyone's houses - or I should say - it took a while for 4K TV to become ubiquitous where you can get a 4K TV for a reasonable price with your groceries.

It's gonna be years before we see 8K TV's become the standard.

I'm still happy with my 1080p TV from 2013, it had the same panel as it's 3D model but cost nearly half the price. Personally I think DLSS might be the future for higher resolution gaming and I think 8K will be the future for VR eventually.
Reactions: Reehahs, Omid Matin and Rock Dirty
M

We just going to ignore 2880p like it doesnt exist?
Reactions: Reehahs

I do know that 8K will take some time. As Ray Tracing and physics simulation start to take a large chunk of the processing power of GPUs and CPUs increasing the resolution yet again will take a side step, for now.
M

Anyway I'm not sure why the obsession with 8K, I'd much rather we had of had something like 3200 x 1800 after 1440p and really couldn't care less about > 4K on a monitor or gaming at higher resolution.
A

It will happen eventually, but I don't see it happenning in less than 10 or 15 years. Unless new technological breakthroughs emerge this decade that bring Moore's Law back to being a curve rather than almost flat hill in consumer electronics.
Reactions: Bamda
M

TBH I am still fine with 1080 for gaming. 4K is just a selling point; it does not measurably improve the experience. I tired a little experiment - for several games I dialed my PC graphics down from 1080 to 720. When I am actively playing a fast-paced game (vs. being in menus or watching someone else play) I certainly did not notice the difference on any of them.
Reactions: cliffordcooley

Anyway I'm not sure why the obsession with 8K, I'd much rather we had of had something like 3200 x 1800 after 1440p and really couldn't care less about > 4K on a monitor or gaming at higher resolution.
Click to expand...

Then you either have eagle eyes, or the 4K tv was probably of better quality than the 1080p one and you noticed the HDR, etc as being better...

There are numerous websites that go into it in detail.... here’s one (go to the viewing distance section) that is meant for prospective tv buyers... 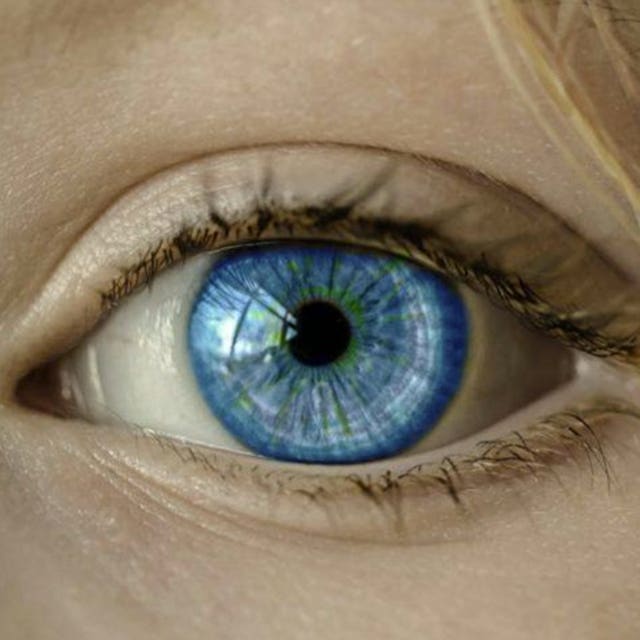 Got A Black Friday 4K TV? Here's What You Need To See All That 4K Goodness

Buying a 4K TV is one thing. Seeing it's 4K picture is another.

The reason most people should buy a 4K tv is that the other high end features (hdr, etc) are no longer built into any but the highest end 1080p screens.... This is how tv companies have “forced” us into buying 4K...

The chaos coming to America in November is going to destabilize the entire world. Gaming and leisure in general aren't going to matter at all very soon and the possibility of the beginning world war 3 is upon us.
E

I disagree. The reason why 8K is going to be a thing?

I remember we used to have a TV that was older than me, and one a couple years younger than me, when I was like 10 or 11 we finally bought new ones. The oldies were those CRT (or whatever) ones, and we never really needed a new one until flat panels (beefy by today's standards) plasmas became a thing. In the 20 or so years since, I myself am on my third personal TV, the folks has around 7 different TVs between 2 houses. While our economic situation when I was older did allow us to change more often, there were meaningful gains between each of the TVs with new display tech, high resolution, and digitalizing of TV.

There are 2 types of consumer electronic products, the fast churning ones and the ones that aren't. TV market relies on people buying heaps of them, keep changing them and they will always keep adding features becauae they can and there is competition. There used to be talk about Apple TVs and one of the reason why it never took off as a physical offering is that it is very hard to justify premium in this segment beyond better quality panels and the companies rely on sales rather than margin as business model.


However, the thing about 8K is also, is that only now is the market going to 4K, and in a lot of instances, 4K is a premium offering (for Netflix, cable TV, and now, even consoles). We aren't going to get to 8K normality any time soon. 1080P is a very old standard, and we as of yet still haven't really departed from it either; even if you ignore the competitive E-Sports scene.

On the one hand, NVIDIA has a product right now called the 3090, even if it's hard to get one's hands on one, that makes gaming on an 8K screen feasible.
On the other hand, competitive gamers want the fastest framerates possible, not just acceptable framerates, and so one might expect them to prefer good old 1080p FullHD. However, there are reasons for going beyond that, at least to 4K, to gain a wider field of view, have more interfaces open, and so on.
And then there's the question of the limits of human visual resolution.
So I think the major obstacle to 8K gaming becoming more popular is its intrinsic desirability to gamers rather than technical infeasibility.

Today's consoles can barely do 4k.

It will eventually probably happen but the "gains" don't justify the amount of money you have to spend on hardware just so you can run crappy AAA walking simulators on higher resolutions.
S

Jyrkz said:
8k+ is the future, to say something like that is just worng.
Its like saying @720p will be standard for ages

As we continue to go into future everything will always go up and get better. We as humans will never settle for something

Everything will always go up and get better, except for the resolution of your human eyes. That's rather finite. That's why 8K is pointless in 99.99% of the use cases out there.

The questions is not about how many pixels you see but what pixels you see. I certainly think that video cards and developers are going to focus on raytracing for at least a decade ... when this is sorted then we might see higher res. Real raytracing GI in a game with glass refractions, caustics and complicated geometry is really slow at the moment 1 to 5 fps, also light bounces many times from object to object... we have a long way to go until cards are fast enough. Regarding TVs There is a limit on physical space . 55' inch at 4k at 4 meters distance is more than enough...then you need to buy a graphic card and a new house !

bviktor said:
Everything will always go up and get better, except for the resolution of your human eyes. That's rather finite. That's why 8K is pointless in 99.99% of the use cases out there.
Click to expand...

Nah... I expect scientists to genetically engineer future people with super eyes so we can game at 512K
E

The real opportunity lies with VR HUDs. The headsets we use today are going to look primitive compared to what is available 5 or 10 years from now. The new headsets will have resolutions which produce visual fidelity comparable to what we see in monitors and tvs today, which will not only benefit gaming but videos as well.
You must log in or register to reply here.