WTF?! If I ever wind up in a zombie apocalypse, I know to search every decaying body because it is sure to have ammo or food. Breaking barrels is also suitable for scrounging up goods. These video game tricks really work! Just ask this NASCAR driver. A NASCAR racer pulled off an incredible and dangerous maneuver over the weekend at the Xfinity 500 that scored him a spot in the championship. It involved running his car into the outside wall and flooring it over the finish line.

It looked like something straight out of a video game, and for a good reason. In a post-race interview, driver Ross Chastain said he learned the risky move while playing NASCAR 2005 on his GameCube when he was eight.

THE MOVE THAT SENDS ROSS CHASTAIN TO THE #CHAMPIONSHIP4! pic.twitter.com/67Ku712XZf

"I played a lot of NASCAR 2005 on the GameCube, which I had growing up," Chastain said. "You could get away with it, and I never knew if it would actually work [in real life]. I mean, I did that when I was eight years old."

Chastain was lucky because the trick could have gone dreadfully wrong and ended up in a very serious multicar pileup — because, you know … real life and stuff. However, it wasn't a decision he made lightly. In a post-race interview, he said he consulted with his crew before attempting to ride the wall. He wasn't sure what place he was in and wanted to be sure that he "needed" to take the risk.

As he went into the final turn, Chastain went wide and edged up to the wall instead of slowing down and hugging the racing line. Once against the wall, he let go of the steering wheel and floored it, hoping he didn't hit anything protruding from the concrete like an access gate.

UNBELIEVABLE!@RossChastain floors it along the wall to go from 10th to 5th and advance to the CHAMPIONSHIP! #NASCARPlayoffs pic.twitter.com/9qX3eq7T6h

As the rest of the pack slowed to make the turn, Chastain dashed from tenth to fifth place as fast as the friction with the wall would allow, upsetting Denny Hamlin, who was on the bubble. The announcers, fans, pit crew, and even Chastain himself were surprised by the outcome. The wild ride secured his place in the championship — well, maybe.

While NASCAR officials have not indicated they were reviewing the move, as a former race official, I would be surprised if they weren't. Typically, most racing organizations have rules regarding overtaking other racers. Along with various bylaws involving passing etiquette, we had a blanket regulation that said any driver performing an unsafe pass was subject to disqualification.

I would be surprised if NASCAR doesn't have a similar blanket clause. Chastain's maneuver could have put his, other divers', and fans' safety at risk. For NASCAR to let it slide would be to invite other drivers to try it with disastrous results. It will be interesting to see if Chastain's fifth-place finish stands. If it does, you can expect the NASCAR board to review this play in a future rules meeting.

TechSpot Elite
Sounds like Nascar needs Bugbear to make the walls for them.

They had to make the walls in Wreckfest 'grab' your car to nerf wall-riding.

Staff
Been watching Nascar since I was five years old or so, and that was undoubtedly the funniest and craziest thing I've ever seen during a race. Chastain takes some of the biggest risks I've ever seen someone take, they usually backfire but this one didn't and now he's racing for a title this weekend because of it.

I doubt they'll do anything about this specific occurrence but I wouldn't be shocked if they ban the move at this track specifically for future races. It doesn't provide any worthwhile benefit at any other tracks at the moment.
Reactions: Phylop and Plutoisaplanet

I used to do this literally all the time in Gran Turismo, how has this never come up in Nascar before?? The technical term for it is wall riding btw.

TS Special Forces
I, like everyone else, was surprised when Chastain pulled this off but I will give him credit for out of the box thinking. That said, he has a reputation for rough driving and that could come back to bite him in the butt at a later time. Think Joey Logano and Matt Kenseth. 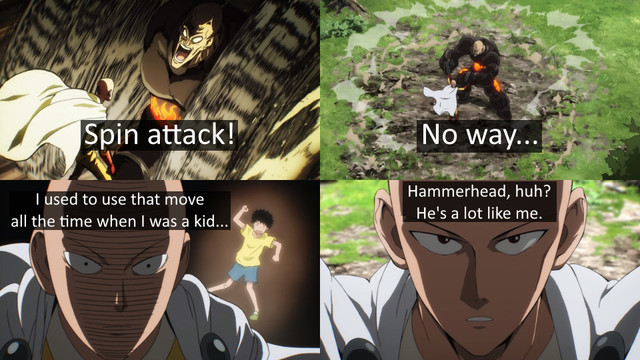 Using the wall isn't anything new. Was done in the 80's n early 90's. Was even a scene in Days of Thunder. Yes, it's dangerous, last I checked so are most sports. It's a high risk high reward. If it's not allowed then Nascar just needs to come out n say it but they haven't yet. Likely cause it's not a move that's commonly done or done anymore.
D

I am not big on NASCAR, but that was fun to watch over and over again. It was pretty incredible. Sure we all have used that trick in a video games, but you really need to see the 3rd person perspective to appreciate what happened. There are lot of videos on youtube with better perspective than in this article. He flies around 5 cars in just a few seconds. It does not look real. Looks like CGI. The only thing that would have been better if he used it win the race.
E

I tried to use the "on fire" move from NBA Jam when playing basketball, albeit with much less success.

Before reading the article, I thought the move at least came from a PC simulation from Papyrus. But a EA game for Gamecube? He must have been desperate to win.
You must log in or register to reply here.