"Quite incredibly, this has seen transistor count increase by 170% from 28.3 billion to an insane 76.3 billion."

Nvidia should have dropped the 4080s as well. They must think the 4090 will dominate RDNA3 and are waiting to see AMD's price points for the mid-high end cards.

Honestly, all this "gamesmanship", pun intended, with staggered releases is slowing down purchases. I was ready to buy, but now I must wait to see what RDNA delivers and then the 4080s. So, I'm likely looking at a Black Friday buy. If the 12G 4080 can deliver 80% of the performance at 50% of the price of a 4090, then maybe it's a good buy.

shark975 said:
You must live in Europe LOL. Noone cares about electricity cost for a PC in USA, granted even here prices have skyrocketed.
Click to expand...

I don't know about everyone else here, but my primary complaint about heavy power use is connected to heat generation. Sweating and gaming aren't a good combo.

Coal bans? No need to ban it. Solar and wind cost less for new plants. The free market has already spoken on this topic. Check new solar and wind projects in conservative states like Texas.


shark975 said:
In a free market the price of electricity would be 1 or 2c a kwh probably. In EU it's 15-30 times that. 1500-3000% inefficiency caused by leftists, environmentalists and the govt, making us all poor every day.
Click to expand...

Leftists? LOL You really think a free market, profit-first corporation would sell you electricity at $0.02/kWh? Last I checked corporations are in the business of making money, not losing it. 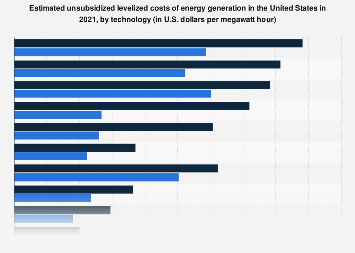 Rooftop solar photovoltaic installations on residential buildings have the highest unsubsidized levelized costs of energy generation in the United States.

Faelan said:
The review from der8auer is super interesting. He takes a closer look at performance at lower power limits. From his data, it looks like you could make a 300w card with a normal 300w cooler and 2 regular power connectors and still get awesome performance. No need for all this fancy stuff. Would be interesting to know how much money could be saved that way. Those coolers can’t be cheap and it looks like the 4090 is already well into the territory of diminishing returns at 450w, so those even more expensive top of the line AIB models that I assume will allow the full 600w probably won’t gain much from it.
Click to expand...

Constraining 3090 and 6900 cards to 250w was the same way. You lose almost nothing and get a much quieter and cooler card.
M

...because IT IS jawdropping, excellent perfomance and efficiency, 4K60 and so on, now it is completely justified for first adopter, e-peen retards and nolifers to pay 2000$ for this piece of tech - sum that is too far to reach or fathom for those of us who has more dire needs and can't spare that for a single GPU.
Click to expand...

Look at this way: the more people buying the 4090, the fewer people buying up the 3000 series cards all the retailers are trying to unload right now.

I normally the top-end of every 2nd or 3rd generation, and then ride that as long as it remains viable. I have a 1080ti, and was planning on buying the top-end 4000 series card, but I won't just on principle for its MSRP. Might go for a 3080/ti/3090 instead. Or switch teams, and pickup something from Sapphire, now that EVGA is out of the game.
Reactions: TheRealSCDC and wiyosaya
A

umbala said:
"Quite incredibly, this has seen transistor count increase by 170% from 28.3 billion to an insane 76.3 billion."

Percentages are hard I know.

TechSpot Elite
Monster indeed.
I laughed at Rich's statement during the DF review regarding these and rasterization: 'nvidia have solved graphics'

Waiting for 4080 16 numbers, and hopefully for prices to fall out in the next 6 or so months.
Reactions: Nintenboy01
N

mbrowne5061 said:
Look at this way: the more people buying the 4090, the fewer people buying up the 3000 series cards all the retailers are trying to unload right now.

I normally the top-end of every 2nd or 3rd generation, and then ride that as long as it remains viable. I have a 1080ti, and was planning on buying the top-end 4000 series card, but I won't just on principle for its MSRP. Might go for a 3080/ti/3090 instead. Or switch teams, and pickup something from Sapphire, now that EVGA is out of the game.
Click to expand...

Yup, going to do just the same, 1080Ti lacks perfomance sometimes in 1440p. Too bad we're trailing huang's plan - drop miner's volume of amperes on the crowd, for the prices they sould have been selling 2 years ago.

How nvidia is getting a free pass and win by default without even considering any of AMD offerings?
No wonder they are charging what they do, they know that the rabid followers will pay anything they ask and will get it.
Last edited: Oct 12, 2022
Reactions: Geralt, grvalderrama, TechZel and 4 others

Now if I can only get that second mortgage approved. /s
Reactions: TheRealSCDC, scavengerspc, EdmondRC and 1 other person
E

wiyosaya said:
Now if I can only get that second mortgage approved. /s
Click to expand...

Why don't you have two kidneys?
Reactions: wiyosaya, TheRealSCDC and yannus

Staff
Amazing work as always, excited to see how the rest of the architecture performs, and also interested to see how AMD responds. Hopefully the 7900 XT is a monster as well.
Reactions: wiyosaya

Wow,
Much better than I anticipated(other than price). Just shows how behind much of the game engines are in terms of making use of all the GPU horsepower we have, or thinking alternatively; how future proof some of these top end GPU's are likely to be. While I find $1600 to be outrageous for the price of just 1 GPU, there will be people who pay it. In fairness, until we see AMD's offerings, there is simply no other card with this kind of performance, and with RTX 3000 series still sitting on shelves, it's only logical on Nvidia's part in order to move old inventory. I did what I told myself I wouldn't do, and that's buy a GPU before launch for both AMD's and Nvidia's next gen, but in fairness, I had low expectations for this next gen, and my Titan Xp had started showing it's age in a select few titles at 1440P, and having picked up the 6900 XT I had wanted off Newegg for $600 flat, it was a deal I couldn't pass up and should tide me over for years to come. I am excited however to see how the 4080 will stack up, even though it will likely still carry a hefty price tag. In FACT hundreds more than seen on the 6800 Ultra, 7800 GTX, 8800 GTX, GTX 280, GTX 480, GTX 580, GTX 680, GTX 780, GTX 980, GTX 1080, all of which were sub $600 cards aside from the 780? Inflation. It's real. Anyway RTX 4090, price aside, WOW! it would almost be exciting if it was within the realm of realistic pricing.
Reactions: AlaskaGuy

Are you kidding me? This is a VIDEO CARD that has an MSRP of $1,600USD! How is that a good deal if not comparing it to the inflated crypto-mining prices? It's pretty clear that Jensen just looked at what the zombies were willing to pay and thought "I bet I could get them to pay even more than that!".

Why else would the card hit these new pricing heights?
Last edited: Oct 14, 2022
Reactions: terzaerian, Geralt, wiyosaya and 7 others

I have to admit that the performance is very very impressive, and I think it's meant to be like that for the 4k high refresh rate segments. I don't expect AMD can catch up with this at all, at least not this 7000 generation. Probably I hope that their prices will be very competitive.

In the end, GPUs like this will only be for a very small amount of users. Till the day games dev can fully harvest the horsepower of current GPU generation, I'm happy and loyal to my 3000 series. Imagine when the time comes and some games will have their recommended GPU as a 4090, most probably I will not let my child buy that 🤣🤣🤣
Reactions: loki1944
A

I'm not a fan of Nvidia - But this is a mighty impressive GPU. One of the few times that reality has beaten the hype. I'm never going to buy one of course....Unless a sparkly new Witcher is released before I pop my clogs )

I wouldn't buy a card with that kind of power demand. And I do have a 850w psu.

Was just a couple years ago that nvidia fanboys were going off about AMDs power demands. And now Nvidia is asking for 850w and it's being defended. Mmmmk
Reactions: terzaerian, wiyosaya, Alfatawi Mendel and 4 others
W

Arguably the first true 4K card with ray tracing. It took a few generations but the card where you can have everything is finally here.

It's fast enough to smoke through Cyberpunk at 4K plus RT ultra WITHOUT any upscaling involved and you're still exceeding 60FPS.

I know DLSS 2.0 works superb in that game in the quality mode so enabling DLSS 3.0 and getting even higher framerates at 4K is a no brainer. However it's still quite an eye opener how long it took to hit that lofty performance target and just how much graphics performance you need.
Reactions: AlaskaGuy and Nintenboy01
J

mbrowne5061 said:
Look at this way: the more people buying the 4090, the fewer people buying up the 3000 series cards all the retailers are trying to unload right now.

I normally the top-end of every 2nd or 3rd generation, and then ride that as long as it remains viable. I have a 1080ti, and was planning on buying the top-end 4000 series card, but I won't just on principle for its MSRP. Might go for a 3080/ti/3090 instead. Or switch teams, and pickup something from Sapphire, now that EVGA is out of the game.
Click to expand...

Yeah, well, I hoped for something equally efficient and price attractive as Pascals were. And Ada perf/efficiency seems like something about that, but not pricewise.
L

The much more significant piece is that even the RTX 3070 was plenty for 4K.
Reactions: TheRealSCDC
You must log in or register to reply here.